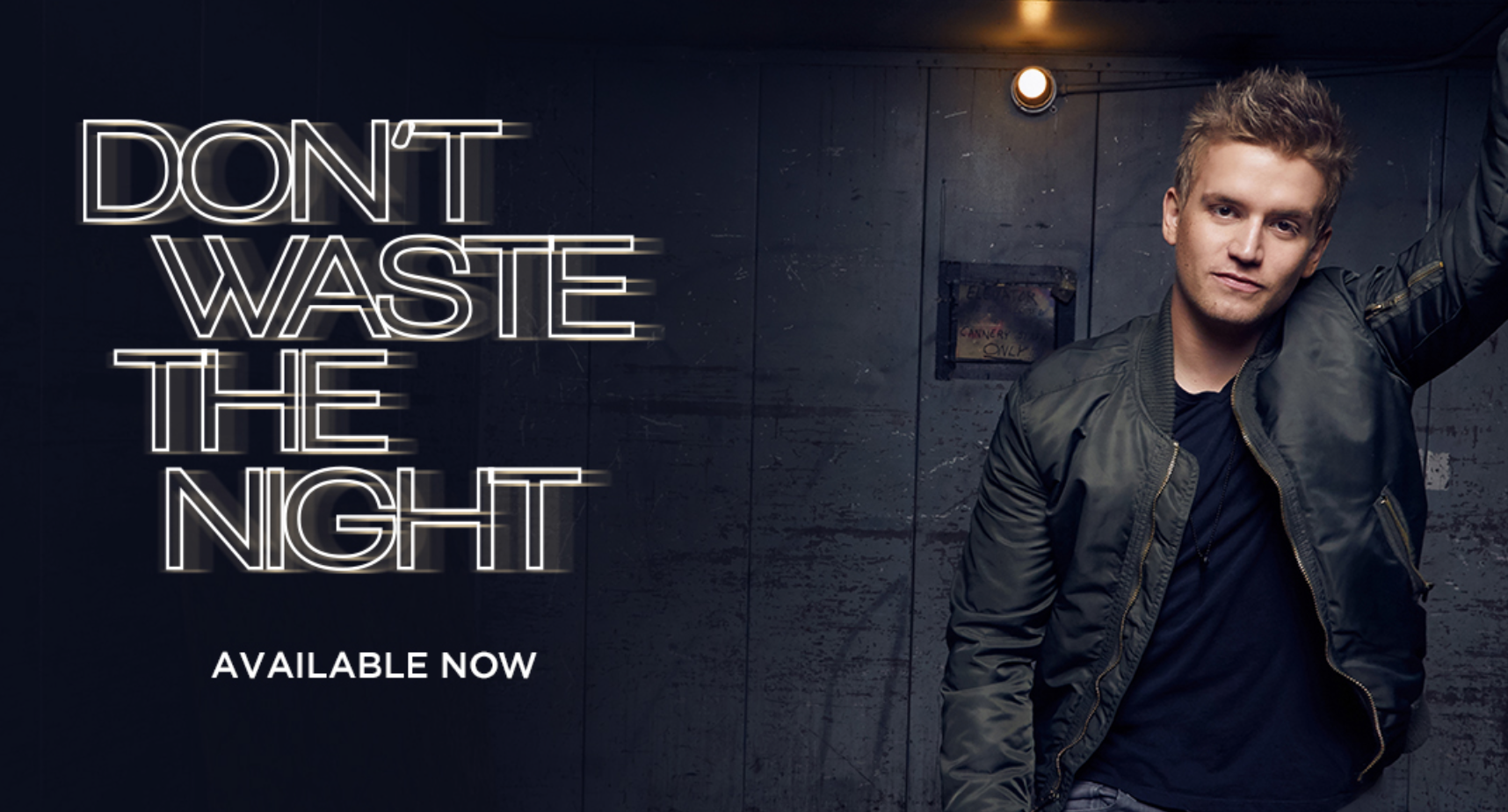 Born and raised in Nashville, Tennessee, Levi Hummon always had a deeply ingrained passion for songwriting. This passion was only further ignited by his own father, Marcus Hummon, who is a Grammy-award winning songwriter himself. After finding himself back in Music City after college, Levi continued to develop his own personal sound, working with a bunch of notable songwriters and artists including the legendary Steven Tyler! Now, after touring with some impressive names, including Kelsea Ballerini, Sam Hunt, Hunter Hayes and more, Levi has recently released his latest single, “Don’t Waste The Night.” We got the chance to speak with Levi about the single, what exactly inspired it, and what we can expect from him next. Check it out!

Hi Levi! Let’s begin by talking about your new single, “Don’t Waste The Night.” What was the inspiration behind the song and what prompted you to choose it as your single as opposed to other songs you were working on?

I remember the day I was driving to the writing session for “Don’t Waste The Night” and I heard an Ed Sheeran song playing on the radio. I remember listening to the song and loving how immersive the melodies were but also how it made me want to move. I loved that it was obviously pop but it retained some grittiness. I took that inspiration into the session and my co-writers Josh Thompson and Matt Dragstrem were willing to go there with me. The song immediately stood out and I added it to the live set. After a couple months of performing it live, I realized the fans were drawn to it so I decided it would be a great introduction to the new music!

I really hope the song gets stuck in people’s heads and leaves them wanting more music. I want people to sense my love for interesting and catchy melodies and also to be able to dance and move to this one. As I mentioned before, Ed Sheeran’s “Shape Of You” had a lot of influence, but Keith Urban and Thomas Rhett’s recent songs also helped to inspire me.

You were born and raised in Nashville. How do you feel that’s impacted your music style and ultimately your career?

I think it impacted my career because I grew up in a world that treasures the art of songwriting and not just performing. I think it made me always consider songwriting as a way to express my own original voice and in a lot of ways I use songwriting as a way to find out what that voice needs to say. I was also blessed to grow up as the son of a songwriter and was able to learn about the industry from a very young age.

Speaking of which, your father is Grammy-award winning songwriter, Marcus Hummon. What valuable lessons has your father taught you growing up that have helped you on your own musical journey?

I remember going to school in the mornings and waking up to my dad playing piano and starting to write lyrics and melodies. By the time I would return home from school he would be in the room with artists like Rascal Flatts and Dixie Chicks singing these completed songs. He may not have realized it at the time, but those days had a huge impact on me and taught me how important it is to stay creative. To this day, he is still my mentor and definitely a critic, but in the best way possible.

You also got the opportunity to write with the legendary Steven Tyler. What was that experience like?

It was unreal. He’s a true legend and one of the most iconic vocalists in rock history. I remember that day because we hung out for 12 hours and as much we wrote I also sat there and I listened to him. It was pretty wild hearing that song with his voice on it.

You’ve been on tour with some notable artists, including Kelsea Ballerini, Sam Hunt, Kip Moore, Hunter Hayes, and many more. Who is someone you haven’t toured with but would love to in the future?

One of my dream artists to tour with would be Kenny Chesney. I remember seeing the Big Revival Tour at Soldier Field and being blown away by his energy and the energy of the fans. I want to strive to be that level of an entertainer.

On a similar note, is there an artist that you’d love to sit down and write with? Why?

I would definitely say Chris Stapleton. I’ve always been a fan of his writing, but watching him takeover as an artist has been pretty unbelievable. His new album is unbelievably inspiring and just makes me want to pick up a guitar and write.

Have you set any personal career goals for before the end of 2017?

This year my goal is to tour as much as possible and to bring my music to fans everywhere. We have already joined Michael Ray on the Think A Little Less Tour and hit the West Coast with Kip Moore. I just want to continue this momentum and meet new fans!

Thanks so much for taking the time to answer our questions, Levi! Is there anything you’d like to add that we haven’t touched upon?

I think everyone should just be prepared for a lot of new music and exciting news coming up soon! It’s already been a crazy year and I look forward to any and all opportunities in the future. I encourage everyone to check out my new single “Don’t Waste The Night” and I look forward to seeing all my fans and meeting everyone on the road very soon!