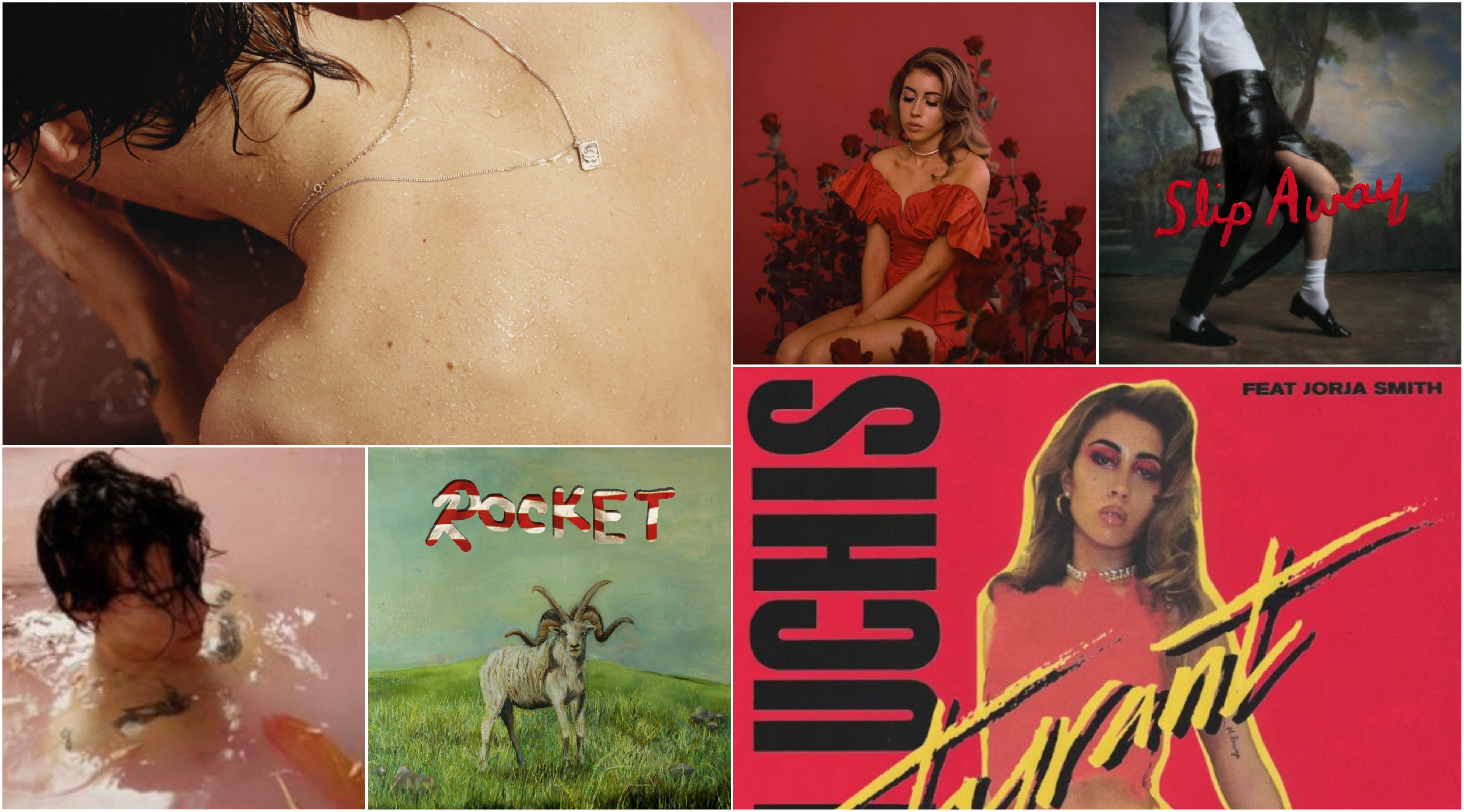 The wait is over. Kali Uchis, our favorite “dislikable Colombian girl,” has released new music at last. The sassy singer/songwriter/producer premiered the beachy single “Tyrant” on Zane Lowe’s Beats 1 this past Monday. The track features British female vocalist Jorja Smith, who you may recognize from her features on Drake’s More Life. Kali described “Tyrant”as a “post apocalyptic love song.” A song about “wanting to stay in the haze of puppy love forever and never face the power struggles, because that’s your only real escape from the cold realities of life.” If you were hip to Por Vida, Kali’s EP that she released for free in 2015, you know that she’s more than just a candy-coated pop star, although her stylish, pastel-colored persona makes it seem like she’s easy to pin down. Kali is soulful, authentic and has also worked closely with Tyler, the Creator. We love this single and can’t wait to see what’s next for Kali. Listen here:

Mike Hadreas was bullied incessantly as a teenager for being gay. In an interview from 2016 he recalls being slammed against soda machines and even receiving a letter signed from his classmates insisting that if he didn’t stop “sucking d**k,” they wouldn’t “treat him as a human being.” We’d be naive to assume that young adults in the LGBTQ community aren’t experiencing  this harassment on a regular basis, and his newest single “Slip Away” feels like his way of comforting anyone who is currently enduring that. “Slip Away” is the newest single and video off of Perfume Genius’ fourth studio album, No Shape, released May 5th via Matador Records. Much like the man himself, the track is bursting with life and energy. Mike Hadreas has achieved a similar sound in the past, like with the cathartic, empowering track “Queen,” released in 2014. Considering our political climate, Hadreas’ message seems more crucial than ever. The glittery track features Hadreas encouraging his lover to let all the hatred, or as he puts it “the voices slip away.” It is a song about breaking free, about blocking out the hatred; he even described the track as a “joyful protest”to NPR. The stunning video features Perfume Genius and dancer Teresa Barcelo running through a colorful forest, being chased by schoolboys, who bare an uncanny resemblance to Donald Trump.

Watch the ethereal video below:

In the best way possible, “Proud” sounds like a track that went missing from The O.C. soundtrack in 2004. While the track is borderline country, it still fits right into (Sandy) Alex G’s intimate and wistful discography. In “Proud,”  Alexander Giannascoli is admiring a lover, or perhaps just his friends. “Wish I could be strong like you/Wish I had something to prove/Wanna be a star like you/Wanna make something that’s true.” “Proud” is indisputably one of the most uplifting moments on Rocket, released via Domino Records on May 19th. The twangy guitars and pianos lend an easy going and bright quality to the track. Even though “Bobby,” the first single off Rocket was melancholy, these two songs stand out because of their country, folky vibe, which we haven’t heard much of from Alex G in the past.

Mac DeMarco has branded himself as a charming slob, and this has worked in his favor for years. He gives off the vibe that he’s the kind of guy who will wear the same pants for two weeks at a time – but he’s also the kind of guy who will openly give out his address to fans and have them over for coffee. On This Old Dog, his newest album, released via Captured Tracks on May 4th, we are exposed to a wiser version of Mac. The album is very “sad boi on the beach” but overall you do get the sense that Mac is maturing – musically, and in his personal life. The title track is simple and sad, but timeless. Mac is reflecting on unconditional love, and on getting older. It seems as though he’s taking a moment to pause and be grateful for where he is in life and the people he’s surrounded by. “This old dog ain’t about to forget/All we’ve had/And all that’s next.”  It’s funny to hear a 26 year old refer to himself as an “old dog,” but it’s certainly on-brand. If you like “This Old Dog,” check out tracks like “Watching Him Fade Away” and “My Old Man.”

Has Harry Styles “saved” rock’n’roll? I don’t know about that, but his self-titled album, and the song “Carolina,” are pretty damn impressive. It seems like Harry took his time, and carefully constructed an album that is neither disingenuous nor gratuitous. There’s a ton of buzz about who “Carolina” was actually written about. While many suspected it was about Caroline Flack, Harry Styles’ ex-girlfriend, fans were shocked (and probably extremely jealous) the find out that Carolina was actually written about a girl Harry met on a blind date. Having never connected to any of his past projects with One Direction, I am shocked by how often I find myself putting on this song.  It’s an instant classic in the sense that it’s catchy like a Target commercial, and it will end up in your head whether you like it or not.