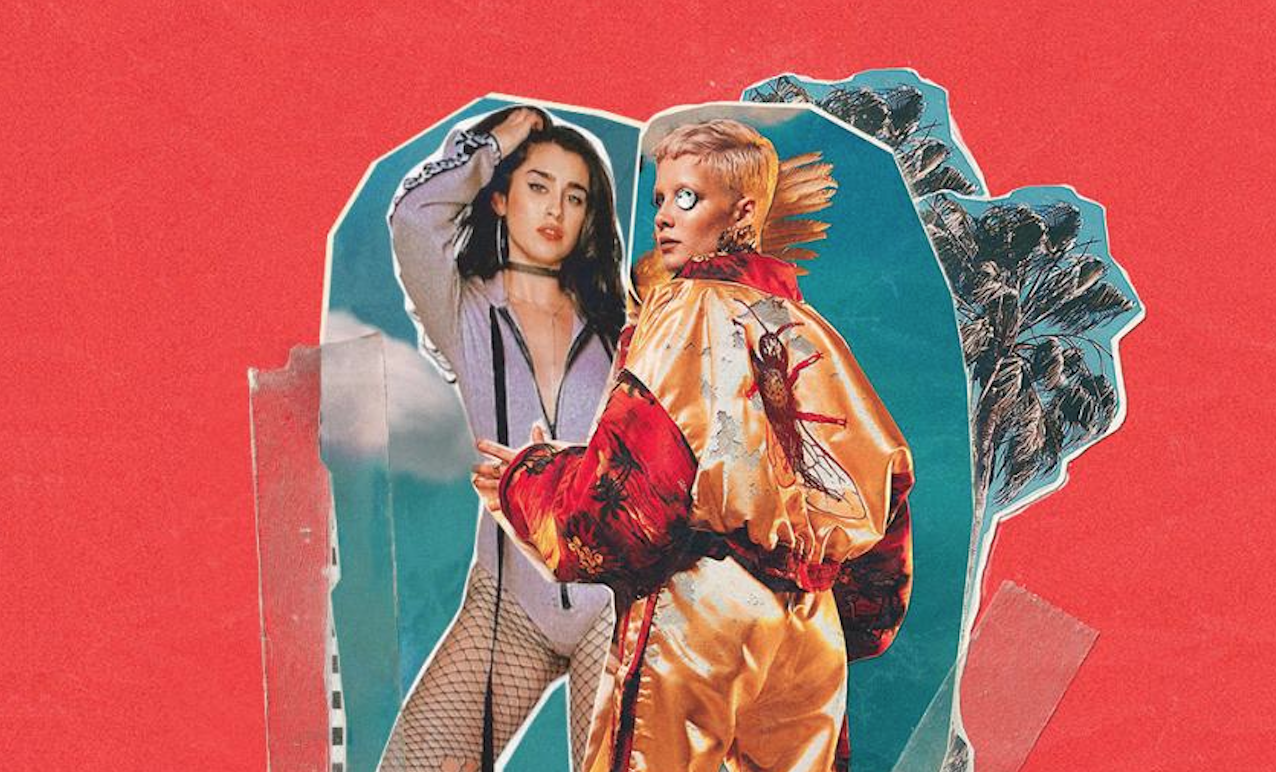 Fifth Harmony member, Lauren Jauregui has teamed up with Halsey for a duet called “Strangers,” off of Halsey’s forthcoming album hopeless fountain kingdom.  The song is a game-changer because of the use of female pronouns. Halsey and Lauren sing to one another about the moment a loving girl-on-girl relationship is lost, and only sexual chemistry remains.

It’s a unique song for many reasons.  There are very few songs circulating today that are about LGBTQ relationships and use female pronouns. Personally, I have yet to hear a duet between two women singing to one another about a relationship gone sour. Another reason “Strangers” is unique is that both Halsey and Lauren are two out and proud bisexual women.  In fact, Halsey specifically sought out a fellow bisexual artist to collaborate with her for this song.  It’s one of the first songs sung by two women in the bisexual community that queer women can relate to.  It’s also the first song that Halsey has used female pronouns in; as a mainstream pop artist, this song has the capability to reach a wide audience, especially if it is sent to pop radio stations.

Both Halsey and Lauren have their own solos in the song.  Halsey sings the first verse, “She doesn’t kiss me on the mouth anymore/’cause it’s more intimate than she thinks we should get,” and Lauren echoes her in the second, “She doesn’t call me on the phone anymore/she’s never listening, she says it’s innocent.”

However, the magic of the song really comes together in the chorus when Lauren’s raspy voice blends with Halsey’s smooth one. “Said that we’re not lovers/we’re just strangers/with the same damn hunger/to be touched, to be loved, to feel anything at all,” they sing in perfect harmony over a synth beat.

On release day, Halsey posted a 40 second teaser of what she describes as “not a music video,” but is some type of a video featuring the song.  Halsey and Lauren both play characters; Lauren’s is unnamed but Halsey plays Luna.  They are depicted in the video as boxers; check it out below.

Not a music video but this gives u a little hint about what might go down between Luna and @LaurenJauregui's character. Choose your house. pic.twitter.com/oc9G4vfuu4

“Strangers” is Lauren Jauregui’s second solo project outside her girl group, Fifth Harmony, her first being “Back to Me” with Marian Hill.  She also has a confirmed third collaboration with Steve Aoki in the works.  “Back to Me” and “Strangers” are both outstanding songs and we can’t wait to hear more from Lauren.

“Strangers” is the third song Halsey has dropped from hopeless fountain kingdom, releasing Friday, June 2nd.  The previous two, “Now or Never,” her current successful single, and “Eyes Closed” have offered fans a taste of what’s to come on the album.  We are stoked to hear the rest of her album when it drops this Friday!