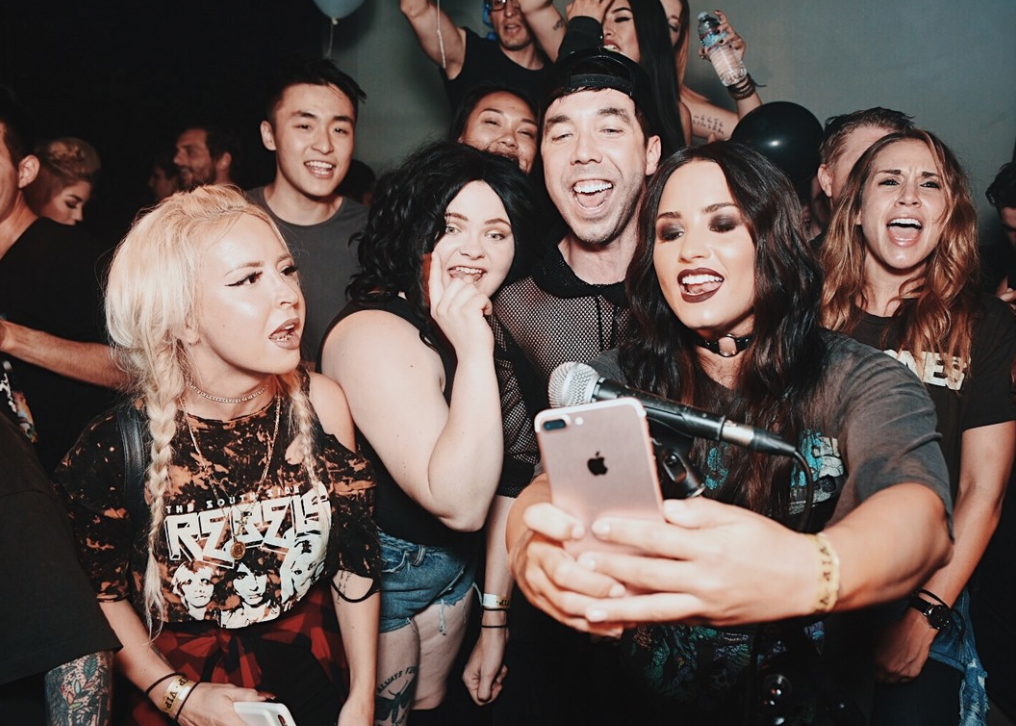 When I think of music from the mid 2000’s, the first band that comes to mind is Paramore.  During this time, Paramore was one of the many bands that were considered “emo”.  From Jimmy Eat World and Taking Back Sunday, to My Chemical Romance and Panic! at the Disco, emo music played such a huge role in Y2K.

If you don’t know, Emo Nite is a party that happens all over the country that, of course, plays emo music.  The most popular Emo Nite party is the first Tuesday of every month at Echoplex in Los Angeles.  Demi Lovato recently attended Emo Nite LA, where she made headlines for helping make this particular Emo Nite one to remember.

Demi and a group of friends, including Grammy winner Sirah and actor Matthew Scott Montgomery joined Post Malone to play some of their favorite throwback hits.  At one point, the sound went out, but that didn’t stop Demi from keeping the night going!  Demi belted Paramore’s “Misery Business” a capella and the crowd sang along with her to the Paramore hit.

If you’re looking to break out your Hot Topic t-shirts, consider re-activating your MySpace account, put on some black eyeliner and listen to your favorite emo music, check out Emo Nite in your city!

Watch Demi’s cover of ‘Misery Business’ below and find out more about Emo Nite here!