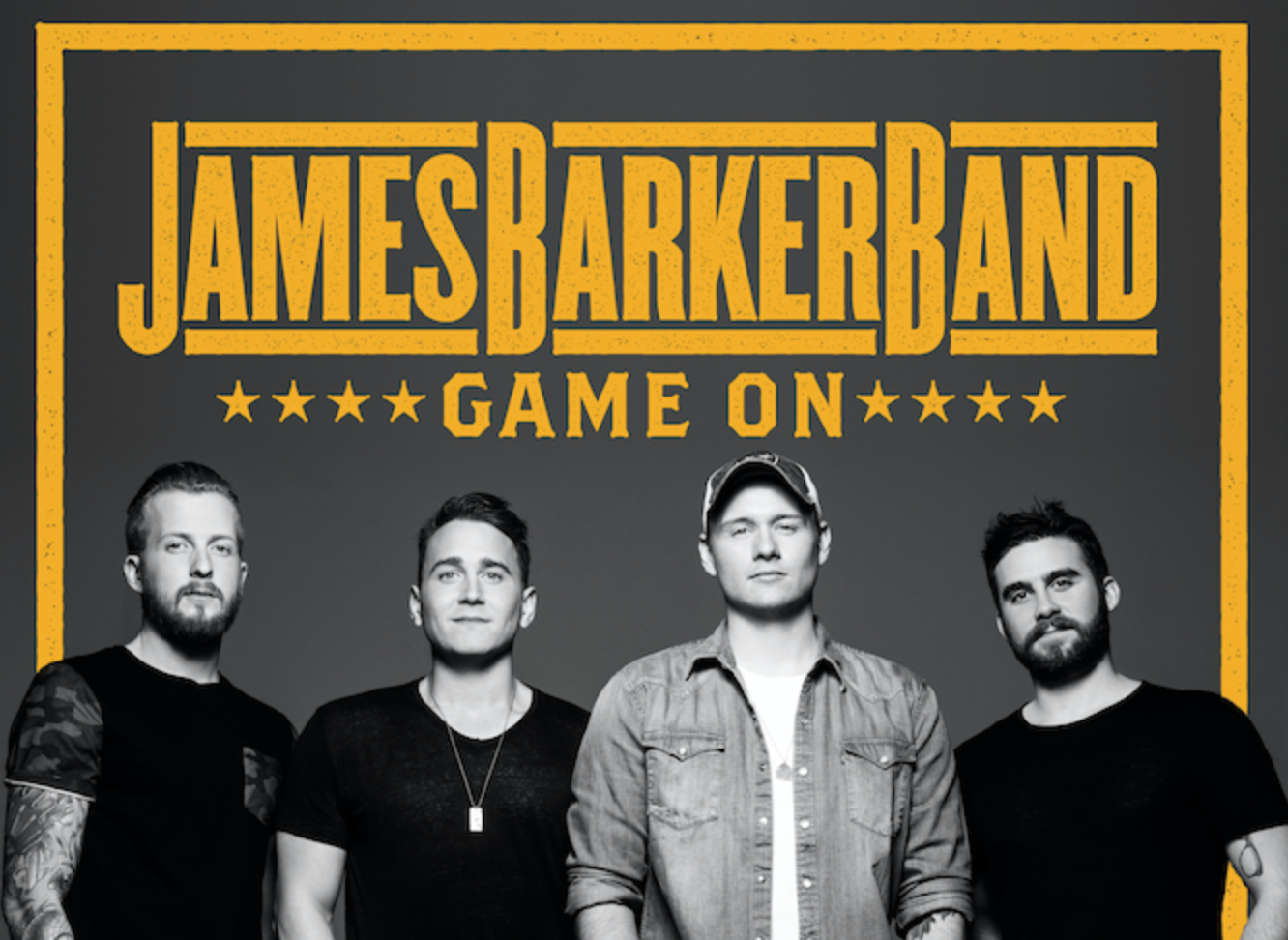 Calling all country music fans! You’re going to want to keep Canadian country band James Barker Band on your radar and their new EP Game On on your summer playlist. Their single “Lawn Chair Lazy” (which you need to listen to right now) is climbing Canada’s country charts and was covered by Dierks Bentley at one of his live shows.

We recently got the opportunity to chat with the guys about the EP and what being out on the road has been like. Be sure to listen to Game On at the bottom!

Hey guys! First of all, congrats on your new EP Game On. There are  some real “feel good” tracks on there, which is one of country music’s best features. Can you tell us about the creative process behind this awesome project?

The creative process for Game On was a bit strange because we didn’t really start writing or recording with the intention of creating a full EP. We really just started writing songs, putting them in the vault and continuing that process until we had about 15 or so that we were really excited about. It posed a really cool problem because we knew we were only going to be able to record a handful of songs and had to decide which ones really stood out for us and made sense timing wise.

Between its climb on Canada’s Country Charts and Dierks Bentley covering it at one of his shows, “Lawn Chair Lazy” has seen a lot of success. As a band, how has that felt for you guys? Has it motivated you to aim for even bigger goals?

The reaction to “Lawn Chair Lazy” has been unbelievable. We really didn’t know what to expect with it being our first single, but people really latched on to it. I think it has that honesty that so many good country songs have, where you’re not talking about being fancy or being a big deal, it’s just about real life. Hanging in the backyard with friends.

You guys are just wrapping up your appearance on Dean Brody’s Beautiful Freak Show tour and will be joining Keith Urban on his tour for a few select dates this summer. What’s your favorite part about touring?

I think our favorite part of touring is the groove that you get in from playing so many shows to close together. When you’re playing everyday back to back like that you start trying new things because you’re so comfortable with the songs. A lot of the coolest moments at our shows have stems from us trying new things live, or just goofing around on stage.

There’s something about summertime that always makes country music sound even better, and Game On was dropped just in time for us to play it on a loop all summer. What are some tracks that are part of your summertime essentials playlist?

“Lawn Chair Lazy” is definitely a song that screams summertime, but I think another little hidden summertime tune that we snuck on the EP is “Living The Dream”. It’s definitely a hardcore party song and speaks to the inner frat boy in all of us, and it’s a really great addition to any kind of summertime playlist!

What/Who has been really influential on the music you create and the musicians you are?

We have very diverse musical upbringings which I think gives us a really cool blends of many different genres and styles. Everything from Red Hot Chilli Peopers, Led Zeppelin, The Killers, Matchbox 20 to Travis Tritt, George Strait, Eric Church and Keith Urban. We try to soak up everything and I think that really shows in our recordings and our live performance.

If you could collaborate with just one artist/band, who would it be?

I think if we had the opportunity to collaborate with one artist it would have to be Eric Church. He just has such a cool factor. He’s amazing live and he does an amazing job of blending genres, especially rock and country. It’s like he’s found a way to add rock vibes into traditional country writing, he’s got such a great style in his writing and production.

Thanks for taking time out of your busy schedules to chat with us! We are definitely going to keep you guys on our radar. What’s next for the James Barker Band?

We get asked this question a lot and our answer is always the same, we just want to keep growing. In the near future we plan on during more touring in Canada, releasing more songs off Game On and hopefully getting to do some touring in America, but in the long run our goal is to just keep growing. As musicians, writers and artist I think we really appreciate the value and growth that comes with hard work, and so our main goal is to just keep growing, keep working and keep finding a way to connect with people through music, because that’s what it’s all about.