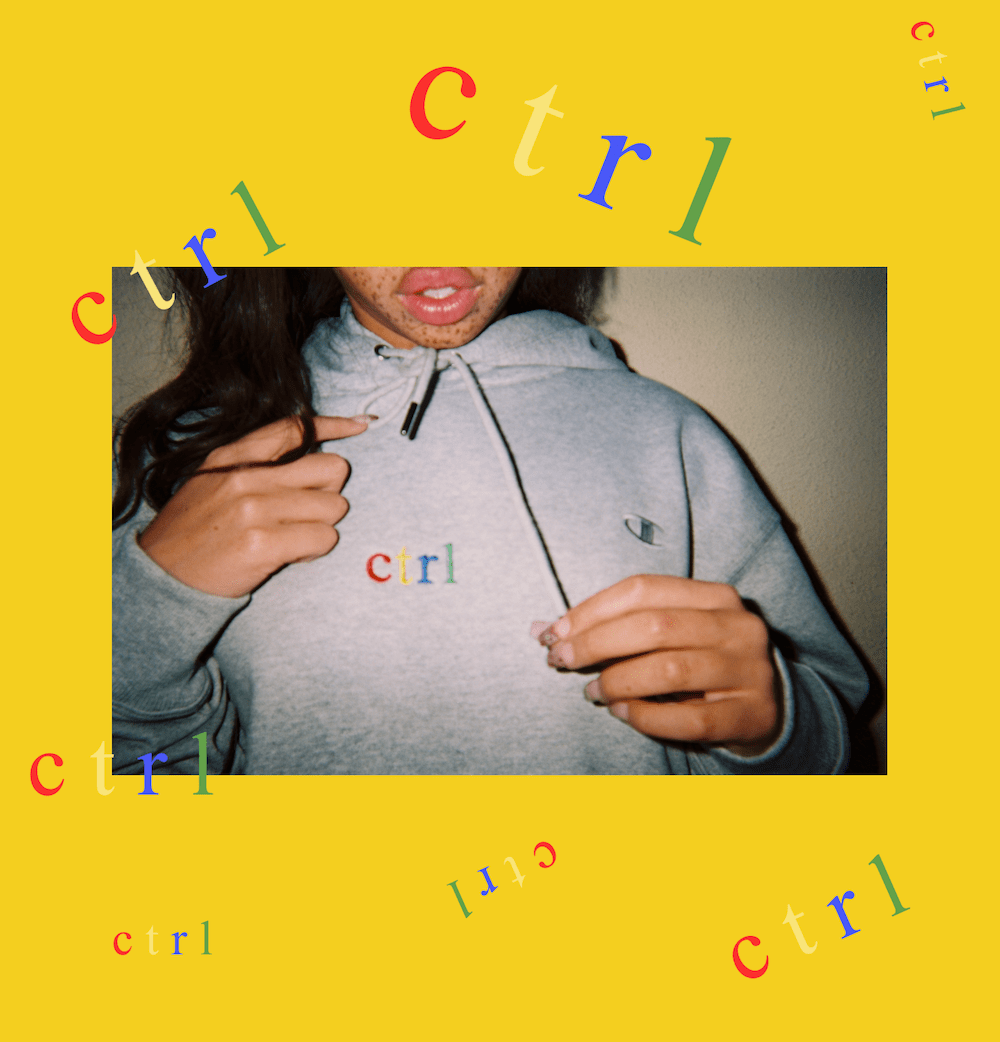 26 year old singer/songwriter SZA (Solána Rowe) has released her long awaited studio album Ctrl via Top Dawg Entertainment, revealing her more vulnerable side – one she has shown us glimpses of in the past (particularly with singles released prior to the album like “Broken Clocks” and “Drew Barrymore”). The album features recordings of her mother sharing her ideas about control, as well as conversations with her grandmother. Control is an illusion. Control is something we desire. Control something we choose to accept that we have none of. It all fits seamlessly into a 14-track album that captures a moment in time for SZA – more specifically, her “twenty-somethings,” which *spoiler alert* makes this album relatable AF. Enduring your twenties can feel hazy and chaotic and there’s a dreamy aspect to Ctrl that speaks to this sensation directly. This is an album that deals with femininity, self-acceptance and being uncertain and fearful about what the future holds. The last track on the album (titled “20 Something”)  holds a magnifying glass to these themes, behind an unexpected, breezy guitar.

This is an alternative r&b album in it’s purest form and it’s overflowing with gorgeous contradictions. When the beats are leaning more towards the electronic end of the spectrum, SZA’s vocals are raw and natural. On one of the album’s most endearing tracks titled, “Normal Girl,” SZA’s lyrics pertain to how abnormal she truly feels (she also borrows lyrics from Drake’s “Controlla”). Fellow TDE artists Kendrick Lamar and Isaiah Rashad both appear on the album and Ctrl also features Travis Scott and James Fauntleroy; however, the most stand-out tracks are the ones SZA takes on alone. The production is stunning, making for a project that delicately pulls aspects from pop, soul & hip-hop. Whether it’s the indistinct keyboards, fervent vocals or acoustic guitars, you realize quickly that SZA is a poet who can handle herself over any sort of instrumentation you throw her way.

There is a finesse to even the most candid moments on the album, like in “Garden (Say It Like Dat)” when she sings “you know I’m sensitive about havin’ no booty!” to her significant other. It’s hard not to feel like she’s made your personal acquaintance by the time you reach the end of the album with lyrics as intimate as these. It makes for an album that is cathartic and yet somehow diffident. Ctrl reads like a chapter of SZA’s story and I can’t help but feel like it’s only the beginning for TDE’s leading lady.

One thought on “SZA’s Ctrl is Finally Here”