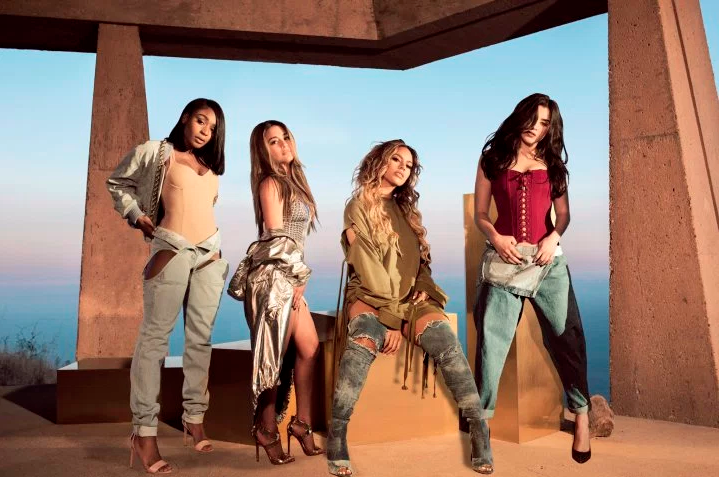 Fifth Harmony had a busy week last week promoting the release of their new single, “Down,” their first new song since former member, Camila Cabello’s, departure in December.  The girls visited several radio stations to talk all things “Down” and spill some details on their upcoming album, which fans have dubbed 5H3 (Fifth Harmony’s Third Album).

“Down” features Gucci Mane and has several similarities to Fifth Harmony’s biggest hit, “Work From Home.” As Dinah Jane describes it to Time Magazine, “We found our formula that’s worked for us in our past music, so we were like ‘You know what, let’s just run with this, this is what has worked – like in ‘Work From Home.'” She also classifies it as an “intro into our album and to what’s to come.” Pandora, a top music streaming service, has already listed it as a contender for song of the summer based on their data.

Many fans have been left wondering what would become of Fifth Harmony and their music after Cabello’s departure. Fans speculated that with the loss of a group member, Fifth Harmony’s music and relationship with one another might suffer.  However, the girls’ bond seems stronger than ever, and that’s apparent in their new music; as Lauren Jauregui describes it to On Air with Ryan Seacrest, “You really get to hear our voice[s] and our vibe and just how we are with each other.”

In an interview with Billboard last week, Normani Kordei also assured fans that this album “means more” because they “co-wrote more than half the album.” This is big news for Fifth Harmony.  They only have one writing credit in total from their one extended play and two albums; each co-wrote on “All in my Head (Flex),” one of their top 40 singles from second studio album, 7/27.  As Ally Brooke Hernandez mentioned to Time Magazine, “We’ve had a lot of creative control… It was an amazing process to have that creative freedom. It’s great to put in our voices and our words on this album.”

Dinah Jane also spilled that collaborations with Skrillex and Poobear are featured on the upcoming album in an interview with Beats1.  While the album is currently untitled and unfinished, the girls told On Air With Ryan Seacrest that fans can expect it to be released “soon.”  Because “Down” dropped in June, 5H3 will most likely be released in the Fall, potentially in October.

Are you excited for #5H3? We certainly are! To tide you over until the album drops, check out our playlist below of Fifth Harmony’s biggest hits so far.