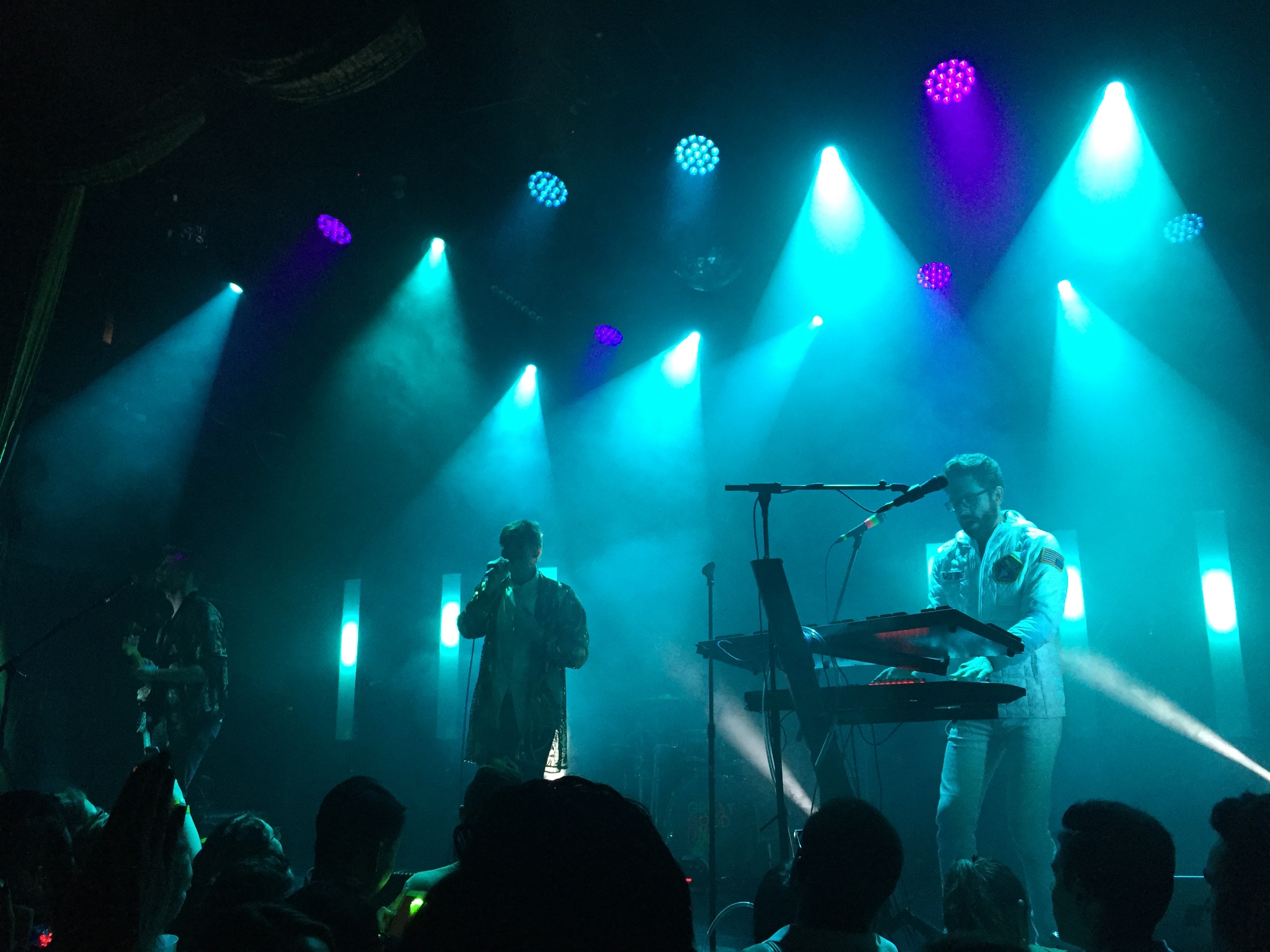 While waiting for GGFO to take the stage, crewmembers began to throw glow sticks and light-up props out into the crowd, a synth-pop band’s alternative to waving around lighters. Singer, Jon Sandler spun around in his glittery gold jacket while opening with “Not Going Home.” Colorful lights flashed quickly throughout the night, transforming the intimate venue into a trendy nightclub.

The Brooklyn-based band had numerous surprises for the crowd in order to celebrate the end of their tour. “There has always been a drunk guy at our show yelling ‘Easy Lover.’ I don’t know if he’s here tonight, but this goes out to him,” quoted Sandler. The crowd chuckled as Peter Kirk of Panama Wedding came out in an “I Love NY” t-shirt, to help cover Philip Bailey and Phil Collins’ notable tune. If one special guest wasn’t enough, they also brought out Before You Exit to perform their newest release, “Find Yourself.” Throughout the night, the duo worked together as Luke Moellman played countless impressive solos on the keytar while Jon Sandler displayed his striking ability to hit such high notes.

The last song of the set was the ultimate dance-party track, “Too Much To Handle.” When the show was over, the crowd continuously chanted “One more song! One more song!” As the audience pleased, the band came back on stage to announce they would actually be playing two more. They ended the night with “Thinking,” and crowd favorite, “Get Away.” Whistles and applause erupted as Great Good Fine Ok, and all of their guests stepped on stage to bow. I left the concert that night feeling happier than ever. It amazes me how at peace you can feel from being in a room letting loose with complete strangers.