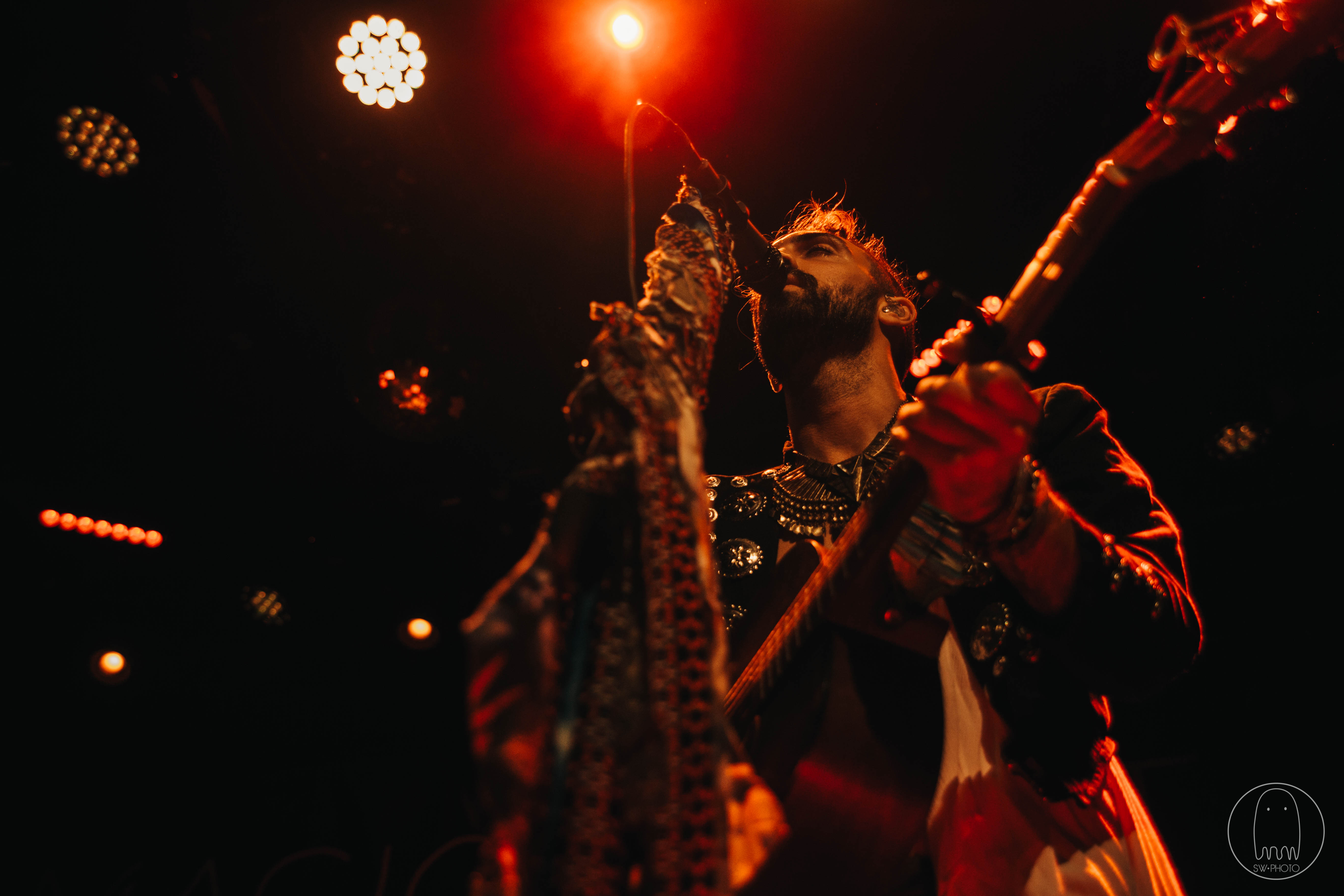 On Tuesday June 20th, the members of indie-folk band, Magic Giant, slowly walked onto the dark stage as cheers broke out all over the crowd. Immediately after the first beat of “Let It Burn,” the stage lit up beautiful shades of pink, yellow and orange as lead vocalist Austin Bisnow jammed out on a drum. It was the perfect way to highlight their minimalistic, yet beautiful set. Their drum set had a replica of the flowers pictured on their album, “In The Wind,” and each one of their microphones had strands of various patterned fabric scraps draped all over them. Never in my life had I seen such a high energy band perform. Each one of the group members seemed to be having their own little party up on stage, and their enthusiasm was contagious throughout the venue. It was impossible to not to join them in their care-free dancing and jumping around. During “Window,” Bisnow jumped into the audience to dance with the crowd. You could tell how thankful he was for his dedicated fans as he told them, “It’s good to be back in New York playing this legendary Venue.”

After playing some more hits such as “Hideaway” and “Eyes Wide,” Bisnow had an unusual request for the audience. He told them that if they could be completely silent, the band would come out into the middle of the floor and play a song. After a few fails of trying to stay quiet, the crowd finally succeeded and Magic Giant made their way into the center of the intimate New York City ballroom. After a very emotional version of the ballad-like tune, “Great Divide,” the audience was pleased to hear that they would be playing another song in the same spot. Before that happened, the band had another surprise in store. “We have a very special surprise, get on up here,” announced Bisnow as he pulled fan Cait Knoll into the center of the crowd. Knoll gave a quick, but very touching speech right before proposing to her girlfriend, who happily screamed “Yes!” Their entire family came out after to congratulate the happy couple and to celebrate for the rest of the evening. “Honestly they’re [Magic Giant] all about love and they were so lovely to me when I told them about my love. It was better then I could’ve imagined,” said Knoll about how the proposal played out.

Spirits were soaring even higher than ever after that very special moment. For their encore, they played their most popular track, “Set On Fire.” In the beginning of the show, Bisnow told the crowd that “the only rule of Magic Giant is to be yourself.” That statement proved true the entire night. They created the most positive and entertaining experience for their fans. I didn’t know that a concert was capable of creating such a captivating atmosphere. Thank you, Magic Giant, for further opening my eyes (and ears) to the wonderful joy that music can bring people.