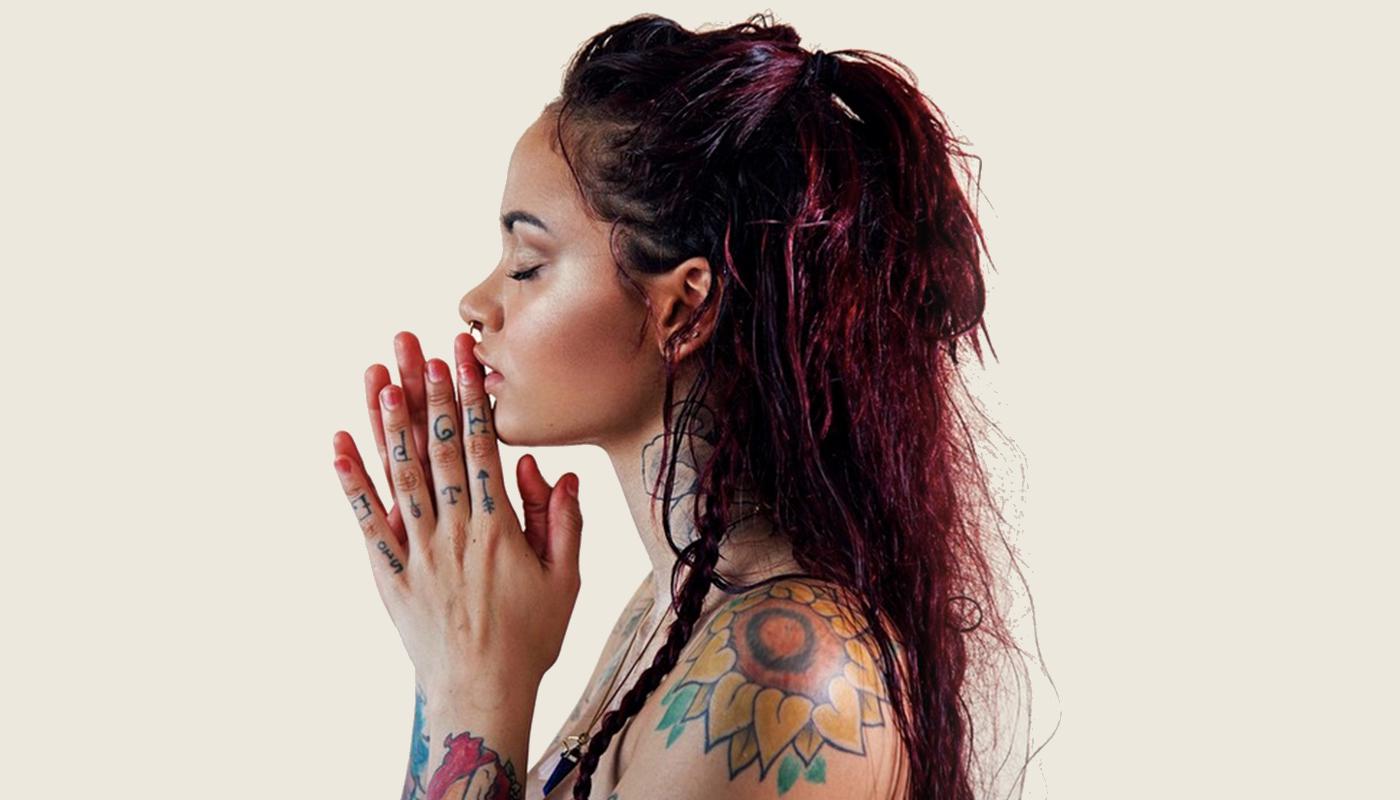 It takes a courageous soul to stand before thousands of fans and admit to struggling with mental health. This is why “girl-power” R&B artist, Kehlani, has a very special place in our hearts. She has always remained raw and unfiltered with her fans, letting it be known that everything she does comes from a genuine place. If Kehlani has something important on her mind, expect her to share it with the world. She doesn’t hold anything back.

Kehlani has always maintained a very open and intimate relationship with her fans, no matter the circumstances. In March of 2016 the singer was hospitalized for attempting to commit suicide. After being deemed as a threat to herself, she was put on psychiatric hold. During this time, rumors speculated that she was cheating on her NBA player boyfriend Kyrie Irving with hip-hop artist PartyNextDoor, also known as Jahron Anthony Brathwaite . The entire situation was very blurry and confusing for everyone involved, including Kehlani’s fan base. To give everyone some insight, she candidly went to Instagram from her hospital bed and wrote out several lengthy diary-like captions that would soon be deleted. She explained that “Today I wanted to leave this earth. Being completely selfish for once. Never thought I’d get to such a low point… but as of today I had no single wish to see tomorrow… but God saved me for a reason, and for that… I must be grateful.”

Since this incident, she’s taken some time to recover and purely focus on her music. In January of 2017 she finally released her first full length album Sweet Sexy Savage, implying that she was back and better than ever. However, on the current leg of her tour she spontaneously stopped her show in Grand Rapids, MI to open up about her mental health. Completely unstaged, she broke down in front of the crowd and admitted, “I truly feel that I might have to go to the hospital at this point because I feel crazy.” Although “crazy” can be defined in many different ways, her fans respected her honesty. The loyal and supportive crowd insisted that rescheduling the show would be no problem. The next day she sent out another apology to fans via Instagram. Since Grand Rapids, Kehlani has decided to continue performing for the fans. She plans to finish her world tour off strong, which will wrap up in late July.

Unfortunately, not all artists who experience mental illnesses will recognize or correct their struggles, let alone share them publicly. Some artists may not even notice the severity of their health until it completely consumes them, leaving them no choice but to cancel their touring plans. Coincidentally, Mat Musto of Blackbear had been dealing with similar mental and physical health issues around the same time as Kehlani. February of 2016 he randomly announced on Twitter that he would be cancelling the rest of his segment on Hoodie Allen’s Happy Camper Tour. His vague thread of tweets did not make much sense to followers, but we all knew that something was up.

Just one month after quitting the tour, Musto reveals to Twitter that his “organs are pretty much failing” and that he’s lucky to still be alive. In many of his Emo-R&B-Pop songs he discusses topics like drug abuse and the depressing feelings of isolation. Although he made these themes very apparent, not many knew just how serious this was for him. In fact, Musto himself was even surprised by the news. What he thought was a bad case of acid reflux turned out to be a life-threatening form of pancreatitis partially brought on by substance abuse. Musto shares with Billboard that “one in three people would have died from the severity of my attack… I had a large surgery where they cut me wide open.” With this incident, Musto has taught his followers that if there is a personal issue brewing beneath the surface, it’s okay to take time off to care for your own well-being. In order to put on the best show they can, artists must be in good health mentally, physically, and emotionally.

Kanye West is yet another example of how the tour life can lead to exhaustion. In October of 2016, West abruptly ended his set early at The Meadows Festival when he was informed that his wife, Kim Kardashian, was robbed at gunpoint. Shortly after this family emergency, West decided to cancel the rest of his Saint Pablo Tour in November. West never personally spoke out to give fans an upfront reason for the cancellation, but E! News confirms that he was later hospitalized for mental exhaustion and sleep deprivation.

Even though some artists are able to finish off their tours during these depressing times, we as the fans cannot expect every artist to sacrifice their mental health for our enjoyment of seeing them live. As fans, we have to remind ourselves that everyone is fighting their own demons. Regardless of how many followers or Grammy awards your idol may have, they are still humans with emotions. The fact that many artists are open enough to share their deepest personal stories (both downfalls and victories) lyrically with thousands to millions of people only shows how honest they are. They share so much of their lives with the public eye and the least we should do is respect their privacy and personal recoveries.

Within our society, mental health issues are stigmatized. Some critics may view artists who speak about depression and anxiety as attention seeking. In reality, these celebrities should be idolized for their fearlessness to share such personal stories with their fans. These important acts of courage can contribute to the progression of society by normalizing the care and concern for mental health. I praise all of the artists who aren’t afraid to speak out about mental illnesses because they are major advocates for the betterment of oneself.