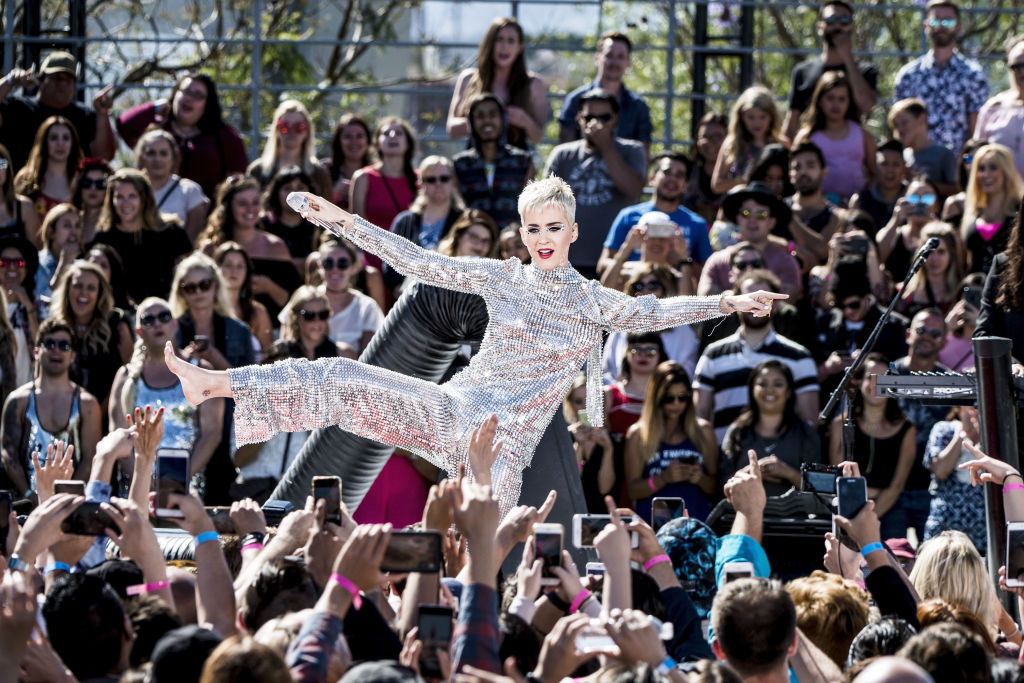 Some watched intensely and some popped in and out, but regardless, we’ve all heard about Katy Perry’s four day long live stream.  The live stream was leading up to the release of her new album, which was coincidentally the first new album we’ve gotten from Katy in four years. Live on our computers from the comfort of our homes we got to see Katy take on some crazy challenges, including “Spill Your Guts or Fill Your Guts” and “Cooking with “Gordon Ramsey.” Although we got to see Katy’s quirky side, we also got to see a complete different, more emotional side of her during her live therapy session.  Let’s take a deeper look into this whole stream and whether or not it helped drive sales for her latest release, Witness.

In just the first 24 hours, we saw Katy go through so much.  She ate gross foods, did yoga with Jesse Tyler Ferguson, and much more.  One of the most eye-opening, most talked about parts, not only of this day, but the whole stream, was her therapy session.  Now, Katy’s revealed that she’s been in therapy for about five years or so, including family therapy.  She invited Dr. Singh to come onto the live stream and do a session with her, and let’s just say, no one had a dry eye in the first ten minutes. Katherine Hudson, her real name, is who she really does want to be, and she struggles with that on a daily basis.  We learned so much about Katy and Katherine, and I was so inspired by the bravery and courage both of them had to have in order to open up to the world.  By the end I learned so much about them and took away lessons to apply to my own life as well.

Other activities included meditation, a makeup lesson with Patrick Starr, cooking with Gordon Ramsey and more.  What drew many in, however, was not always the events she did, but the in between time, where we really got to see what she’s like and what she does.

Regardless of how entertaining the live stream actually was, T=the hot question is… did this live stream help Katy’s sales at all?  ‘Witness’ has sold around 180,000 copies in its first week, but it definitely did not do as well as many expected. Unfortunately, it didn’t skyrocket like many thought it would. Why though? Was it that people were over her because she hasn’t had any music in so long? Too involved in this recent election? Too outspoken? We may never know, but as we all know, sales are not everything. Katy is still on top of the world and dominating with her electrifying voice.