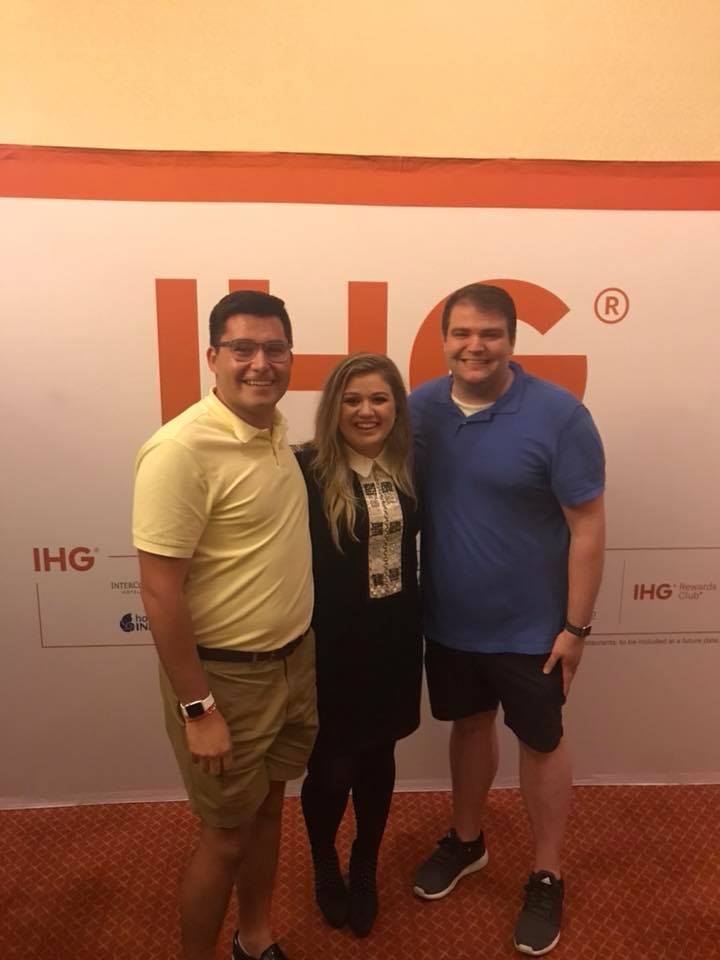 I don’t know about you, but watching proposal videos is one of my favorite ways to pass time. Seeing the joy of the newly engaged couple and knowing their lives are about to change forever truly warms my heart. When I logged onto Facebook last week, I couldn’t be more happy to see a proposal from a friend of mine named Alex pop up on my timeline.  Alex proposed to his longtime boyfriend, but did it in a way that caught the eyes of millions… he proposed with the help of Kelly Clarkson.

On June 21st, Alex and Justin attended a Kelly Clarkson show at the Venetian Hotel in Las Vegas, NV, and Alex had the opportunity to meet Kelly after the show.  Alex took his picture with Kelly and told her that he wanted to propose with her help, and she told him to get his boyfriend and “come back in here.” Kelly got between Alex and Justin for their photo, and Kelly took a step back so Alex could pop the question. Alex shared a video on his Instagram with the caption “Asking the love of my life to marry me in front of the one and only @kellyclarkson was an amazing moment!!!! HE SAID YES”  After Justin said yes, Kelly hugged the couple and said, “I’m like a part of it!”

Once I saw different news outlets posting about Alex and Justin’s extravagant proposal, I sent Alex a message on Facebook to ask him how he’s doing knowing he just went viral. Alex said, “At the end of the week, once the world forgets about this, it’s something so special to us that we will never forget. The attention is nice, but it doesn’t take away from the love we have for each other.” Alex also said that Kelly encouraged the couple to go gamble and they ended up losing $100! Some people really do wait a lifetime for a moment like this.  Congratulations Alex and Justin!