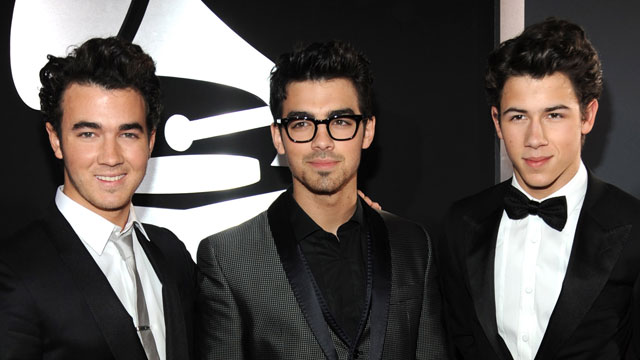 I think anyone would agree that the Jonas Brothers era was an iconic time in the music history. Brothers Kevin, Joe and Nick took the world by storm when their band was formed back in 2005. The band was wildly successful with multiple hits including “Year 3000,” “Burnin Up,” and “When You Look Me In The Eyes.” They’ve even performed in movies together including “Camp Rock” and “Camp Rock 2: The Final Jam”. With all this being said, What are the brothers up to now since the band announced its split in 2013?  Here’s a recap of their most recent activity!

Kevin Jonas has been living the dad life alongside his wife, Danielle Jonas, whom he
married back in 2009. Kevin and Danielle gave birth to their first daughter Alena Rose in 2014 and recently had their second child Valentina Angelina just last year. Valentina’s Godfather is actually Kevins brother, Nick! Check out what kevin posted on father’s day of his adorable daughters !

As you all know by now, Joe Jonas has been a part of the group DNCE ever since their debut in 2015, “Cake By The Ocean.” Since then, the band has released a self-titled album in 2016 and released a new single featuring Nicki Minaj recently called “Kissing Strangers.” Joe also took on some hosting responsibilities recently at the iHeartRadio Much Music Video Awards alongside Alessia Cara. Other than Joe’s duties as a band member and award show host, he has also been pretty serious about his girlfriend, Sophie Turner. The couple has been dating since 2016 and are still going strong. Sources have stated that the rest of the jonas family absolutely love her and that she is a perfect match for Joe. who knows…maybe we will have another Jonas wedding sometime in the future if these two lovebugs stick together!

Nick has is another very busy Jonas. Recently, Nick released solo music and has been filming “Jumanji: Welcome to the Jungle” with Dwayne Johnson, Jack Black, and Kevin Hart! The movie is set to be released in December of this year. Nick’s most recent release features Mike Posner and Anne-Marie titled, “Remember I Told You,” which is fun upbeat song,
perfect for jamming out to this summer. The video for Nick’s new single features the “Bonus Jonas,” Frankie, jamming out on the guitar with his big brother. Were so excited to hear Nick’s next album and we will be anxiously anticipating more information about it in the near future.

Check out the video for “Remember I Told You” here!

One thought on “The Jonas Brothers: Where Are They Now?”