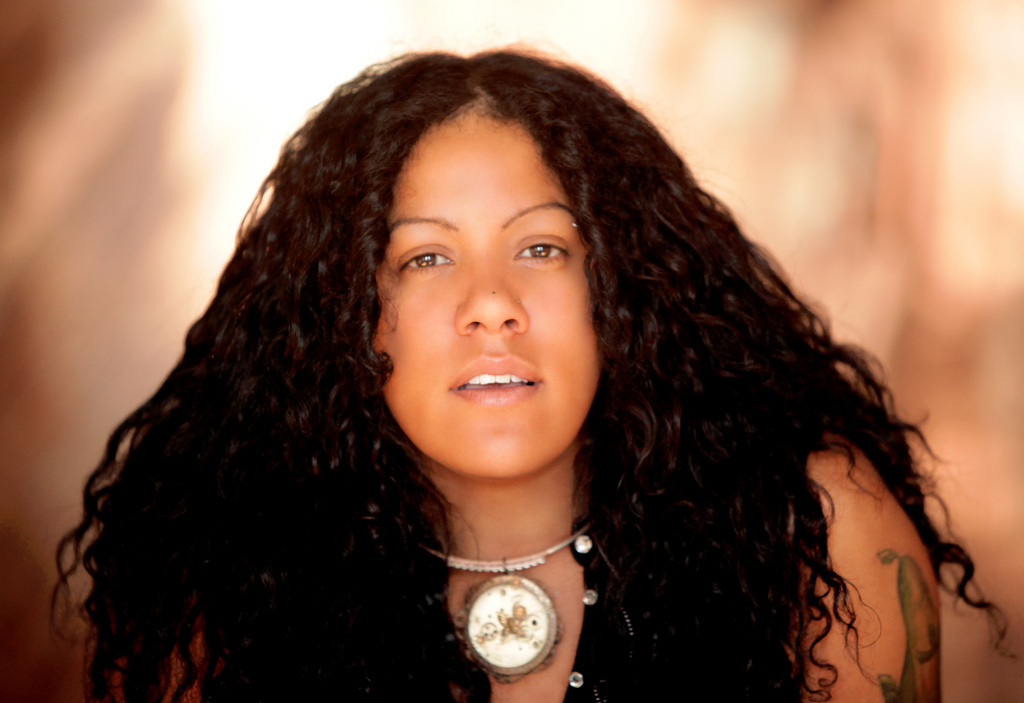 Jen Gloeckner’s latest release, Vine, is an album that gives new meaning to dream-like quality music. Gloeckner is a music business veteran; her her debut album, Miles Away, was released in 2004.  Her second album, Jen Gloeckner’s Month of Mars, was released in 2010.  Vine is her third album; it was recorded entirely in her bedroom, an impressive feat considering it sounds like a professional, studio-recorded album.  Gloeckner is known for her confessional lyrics amidst hypotic, dream-like melodies; on Vine, each song is filled with moody, psychedelic vibes that have the ability to transport the listener to the reality that Gloeckner paints. Vine is comprised of a mixture of electronica with classical musical undertones; its genre is difficult to pinpoint and is a far cry from the mainstream pop music of today.

The album opens with title-track, “Vine,” which boasts a chorus, “I treat you like a fine wine/but all I get is vine.” It’s a telling line that gives the listener an idea of the central theme they are about to hear throughout the album.

The second track, “Firefly (War Dance),” is an instrumental track with a melody that took me to a scene of of a tribal dance around a fire.  The “War Dance” title is appropriate for the scene it painted in my head.

“Breathe” is one of several songs on Vine that features cello in the melody.  Gloeckner’s voice flows well with the cello accompanying her on this track.

“Ginger Ale” is one of my favorite tracks on the album. Gloeckner’s voice is looped saying “Ginger Ale” in the first verse as she describes different weather patterns.  “Swinging on a rainbow flying/Sun’s up above me smiling,” she sings as the song dives into a powerful melody filled with merely her backing vocals of “ooh” on repeat.  It’s another song that shows Gloeckner’s non-mainstream songwriting style.

“The Last Thought” follows.  This song is particularly interesting as the melody presents a swooning-like atmosphere, which lead me to believe it was a love song.  However, the lyrics tell a rather different story, “The arrows are flying/you’d think I’d be hiding/but I’m a pin cushion and a fool.” Gloeckner follows this with the proclamation, “I feel like a slave/but it’s you that I crave.”

“Prayers” and “Colors” are two other favorites of mine.  Gloeckner shows off her lower range in both songs with quite different melodies.  “Prayers” boasts a more electronic beat while “Colors” showcases Gloeckner’s lower range with a guitar accompanying her.

“Row with the Flow,” another haunting track, is comprised of lyrics,  “Somebody’s given half their soul/somebody’s trying to take it all,” followed by a repeating chorus of, “I know it’s not that easy.” Henry Padovani accompanies Gloeckner on this track with husky vocals that pair well with Gloeckner’s smooth tone.

“Sold” closes Vine with a more uplifting melody.  It’s also the shortest song lengthwise on the album. Unlike most of the other songs on Vine where Gloeckner lets the melody do the storytelling, on “Sold,” Gloeckner spends the majority of the song showcasing her vocals. She sings, “Stars falling down at speed of light/rolling down the hills…as it leads him over the fields.” This positive ending to the album suggests that Gloeckner has nowhere to go from here but up.

Without a doubt, Vine was the most pleasant and interesting albums I have ever had the pleasure of listening to.  You can purchase Vine from Jen Gloeckner’s website or stream it on Spotify here.