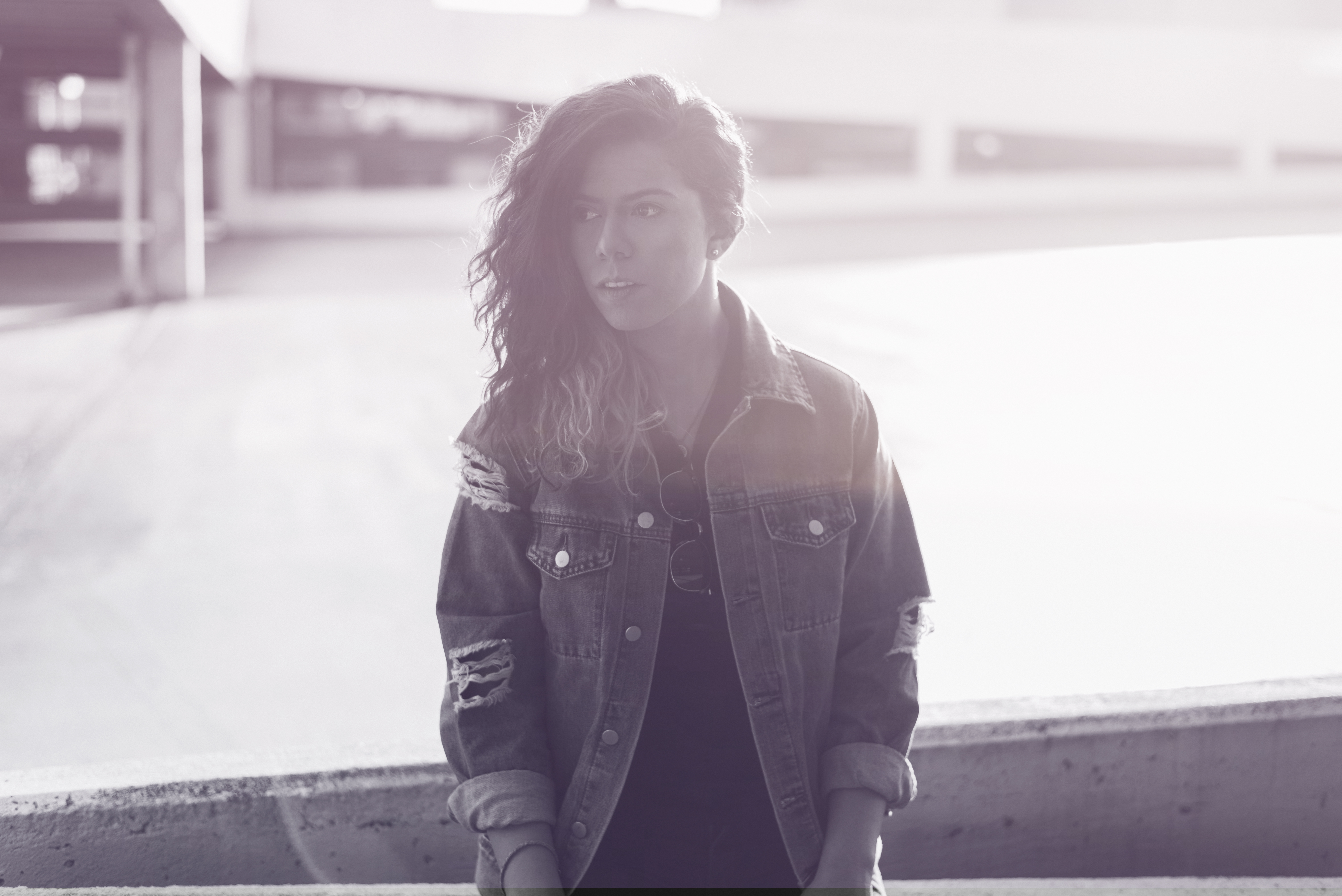 If you’ve not yet listened to I The Victor‘s latest EP, Jackal, you really, really should… and here’s why. For those who aren’t familiar, I The Victor is made up of Rebecca Ramos, who hails from Atlanta, Georgia. Her music is unlike anything we’ve heard, made up of an eclectic mix of genres and lyrics that just pull you in and leave you wanting more. We recently spoke to her about her music, her live shows, her inspiration and what’s up next in what we know will be a long and impressive career. Check out the interview here:

So, for those who don’t know you and your music, who would you say you’re similar to?

Well, hi! My name is Rebecca and I am I The Victor. The music I write is a mix of a lot of different sounds and influences. I don’t like comparing it directly to anything as I try to make the songs their own entity and not too much like anything else. Most often, I’ve heard ITV stuff compared to Twenty One Pilots and K Flay which are both an honor to be compared to.

What made you want to have a backing band, rather than just yourself?

I played shows in my hometown for about a year and a half by myself. At that point I was already writing songs that had full band instrumentation. I wanted to do those dynamic songs more justice in the live show than I could with just myself and an acoustic guitar.

I’m currently listening to your latest release, Jackal, and it’s awesome. I like how it brings a story to the listener and I feel like nowadays, concept releases are very rare. Is there a reason why you did a concept release rather than a combination of mixed ideas and thoughts?

Thank you firstly for the kind words! I wasn’t intentionally trying to be conceptual so much as I explicitly enjoy being metaphorical; it’s easier for me to express myself rawly through a metaphor rather than straight up saying in my lyrics that I’m a mess. Though I’m pretty sure that’s how it comes across regardless! The “Jackal” concept or metaphor really stands for some of my more anxious tendencies and how I overcommit in order to ignore things within myself that may need to be addressed. It’s been easier for me to be too busy for introspection than to be introspective, and that needed to change, so the EP is me realizing that through this metaphor of an unruly person or a “jackal.”

“Self Talk” and “Toothpick” are from your first EP, Pause, and you revamped both into acoustic versions for your new EP. Any reason for picking those two songs?

They are indeed from my last EP titled Pause. I wanted to pull out some of the emotion in both of those songs that could’ve been glazed over with the more pop-sensible full band recordings, so I thought stripping each song to acoustic guitar and rebuilding them would be a good way to re-envision and re-release them. Not to mention, they are the two favorites from the last EP that helped gain ITV some new listeners, so it felt right to reimagine them and give them some new life.

You’ve opened for artists such as Against The Current and SayWeCanFly. Is there anyone else you’re dying to play shows with?

I have a huge range of favorite artists that I’d love to play shows with our tour with and luckily ITV is genre-transient enough to hopefully make some of those dreams come true. Overall, I think I’ve pretty consistently answered this question with Awolnation so I’m going to stick with them. But there are a ton from twenty one pilots, to Smallpools, Bastille and randomly some super eclectic EDM artists that I love.

What about musical collaborations? Any ideas in mind?

Hm, not really! I’m a pretty first-person writer and a lot of my songs are super personal and come to me as they please, so sitting and writing a song with another person isn’t something I’ve considered too much since I likely wouldn’t be writing much of depth in that kind of setup. But, you know, I bet it’d be a cool experience if I wasn’t an impossible hermit full of introspective emotion that I like to cultivate into song all on my lonesome.

A lot of artists and people in general are very quiet about their personal struggles. Is there a reason why you’re upfront about your anxiety and over-commitment issues in your music?

I think it’s important to just be honest; music is the main way I can be honest with myself so to dilute that would make it less honest when I show it to others. I think there isn’t enough music being made that says “here’s what I kinda hate about myself yikes” or “I’m working to make myself better” and that’s a message I’d like to champion because it is honest and, from what I’ve experienced, relatable. It’s important to me to cultivate something with ITV that’s honestly about progressing and staying positive, and you can’t have that positivity without acknowledging the things you need to work through.

Who are your musical influences? Your sound has so much depth and different sounds to it, so I’m sure the influences vary.

Thank you! I try to keep it ~~eclectic~~! A few recent influences would definitely be Hamilton Leithauser + Rostam, The Japanese House, Lido, Cashmere Cat, Bleachers, Chance the Rapper, but that’s just a small handful as I like to just constantly listen to music and find different elements that intrigue me.

Now that Jackal is out, what’s up next for you? Anything planned yet?

We’re working on shows in the fall and I’ve actually got the whole next EP written so I’ll be in and out of the studio recording that over the next few months. We’ll also be releasing some music videos for the other two new songs off of Jackal too which I’m really excited for. Art, fam.

Any last words for the fans?

Just thank you! Some amazing things are happening behind the scenes and it’s because I have a growing group of people I consider true friends who understand this project and are backing it and making it matter. There are what feels like a billion other bands pushing for your attention at all times so I’m honored to be building something that’s growing and I couldn’t do it without you.