SoundCloud, the online music streaming service, gives listeners the opportunity to discover new artists of all genres. Also, unique to Soundcloud, the user has the freedom to distribute original content to a profile that could potentially reach a large audience.

The website was launched back in 2008 by Alexander Ljung & Eric Wahlforss with the mission to create a platform that would allow musicians to collaborate & interact with their fans. The company grew substantially over a short amount of time reaching over 100 million users. Google and Twitter have expressed interest in buying out the company, but SoundCloud chose to stay independent… for now at least.

Recently, Soundcloud closed two of their offices and let go of 40% of their employees due to a lack of funding. They’ve had trouble raising money since the primary service they provide is free. They also faced numerous problems with copyrighted audio being distributed without the creators consent.

Using everything they have to stay afloat, it appears as if they’ve neglected their users & solely focused utilizing their resources toward major record labels. They’ve adapted a similar structure as Apple Music and Spotify with SoundCloud Go in hopes that active users would pay $9.99/month for unlimited ad-free music from both major and underground artists. The reception has not been in their favor thus far.

Focusing more on the ecosystem they have built to level the playing field within the industry instead of succumbing to the corporations would have been game changing. The user experience is what makes SoundCloud so special, so revamping it would be ideal. Even something as simple as differentiating podcasts and music with their own unique features would go a long way. It’s a shame to see such an important catalyst for new talent falter in front of our eyes, but hopefully SoundCloud will prevail since it provided such a tight knit community for audio creators.

The company issued a statement saying that they don’t plan on going anywhere anytime soon, even though SoundCloud Go was a disaster. The truth it, nobody wants to pay for music… especially when Spotify, Apple Music, and Tidal are dominating the market.

SoundCloud needs to take time to refocus, restructure their business model, update their service, and hopefully be able to pioneer groundbreaking features no other distributor has before. It will take a lot more than a phone call between Ljung & Chance The Rapper, the song “Big B’s” featuring Young Thug, and few tweets to save them.

10 Most Important Music Moments of the Decade 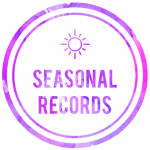