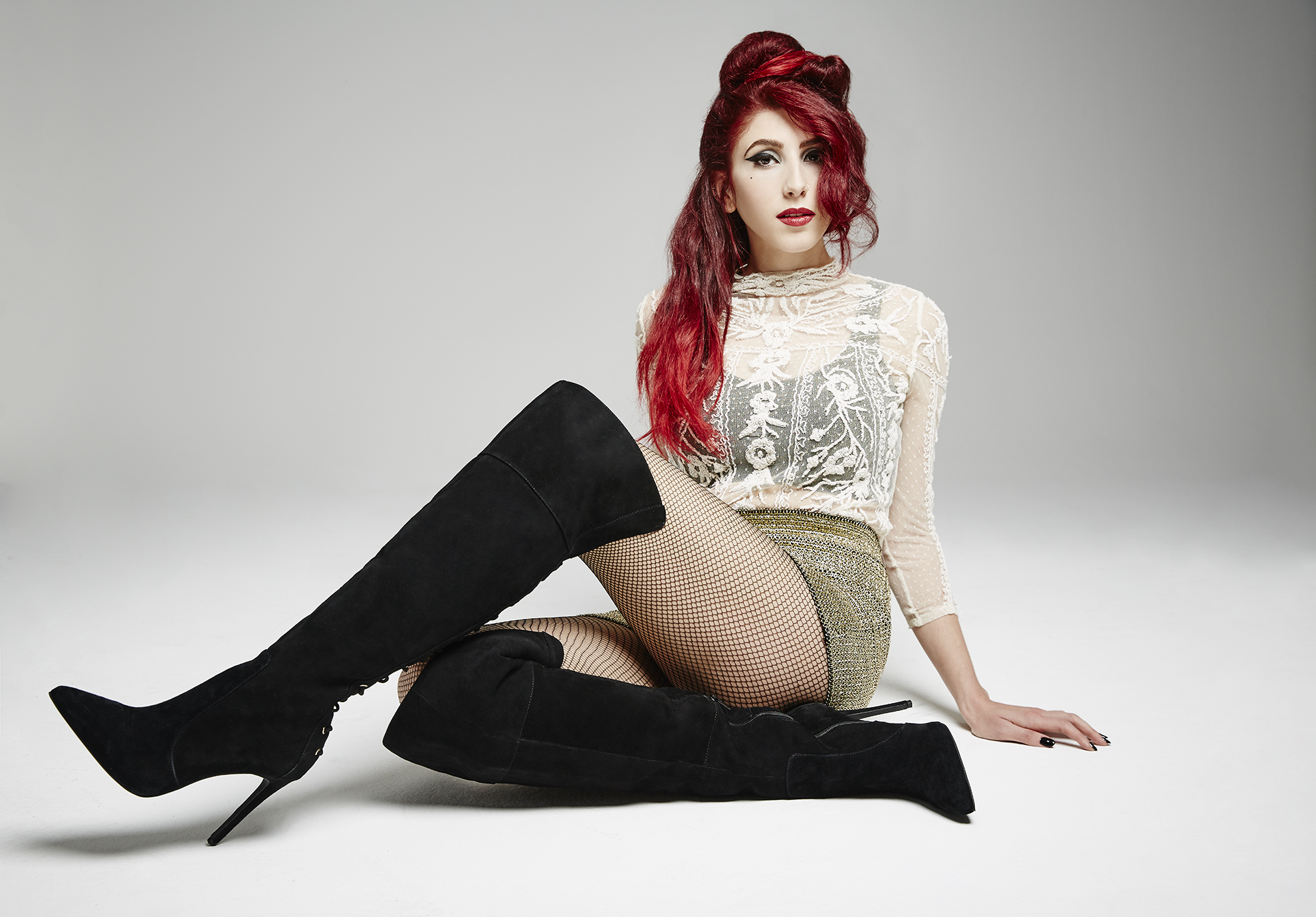 Gigi Rich is blowing people away with her new single, “Same Kind of Crazy.” Gigi says that all of her lyrics reflect her own personal struggles and that her newest debut EP All In My Head is a testimony to her own evolution as a musician, as she strives to become and undeniable force of sheer talent. At only 20 years old, Gigi has collaborated with some of LA and Nashville’s best songwriters, such as Mikal Blue, Nikki Flores, Jeff Cohen and more. Here, Gigi reminisces on the valuable lessons she learned by being apart of Gwen Stefani’s team on The Voice in 2014. She also opens up about starting her music career at such an early age, 13, and talks about creating her first-ever music video for “Same Kind of Crazy.”

So you began traveling and working on singing at 13. What was it like starting in the music industry at such a young age?
I honestly didn’t know what I was getting myself into. I just knew that I loved to sing and was really excited to travel and work with so many different writers… because up to that point, I had only been writing by myself. It was a huge adjustment for me, I left public school and began home schooling so I could take advantage of all of the opportunities presented to me.
What do you hope listeners will take away from your new EP?
I hope they will see and feel how I am growing as an artist, and that they are able to connect with me and my lyrics. I am definitely an emotional writer, so its important people listening know what was going on in my life at the time I wrote the song.
Is “Same Kind of Crazy” your first music video? What was that experience like? How has the response been for that single?
It was! It was really exciting filming. I had fun putting the idea for the video together, and seeing it actually come to life visually was something I hadn’t experienced before. I have a lot going on in my head so to see it come to fruition was awesome. The response has been great so far! A lot of work was put into that song so it’s always nice to get positive feedback.
What made you decide to pursue The Voice?
They actually contacted me after seeing some videos on YouTube. I decided to just go for it and see what would happen. I thought it would be a really great learning experience. I was pretty young at the time.
What did you learn on The Voice and from Gwen Stefani?
I just learned how to be more confident in my decision making. In terms of how I want to portray myself, what I want to wear, exactly what I want to sing. As a young person, being forced to make these decisions makes you grow up a little faster. Gwen was really great to work with. She really emphasized just having fun on stage and connecting with the audience.
For your EP, how did it feel to work with renowned songwriters? What was it like co-writing?
I personally love co-writes. I love meeting new people, sitting down and just getting to know each other. It forces you to open up. I’ve always been shy, so it’s been a great way to come out of my shell. It’s easy to be a bit intimidated when working with such successful writers, but I try and remember that they are people too and were in my situation at one time in their lives.  I was just happy to be working with them and figured they must see something in me to want to write in the first place, so I better believe in myself and go in there to have fun.
How is performing at a concert different than performing on TV, if it is different?
Very different. A lot more pressure, I think. Or maybe just different types of pressure. A concert is a bit more free wheeling because you get to talk and chill between songs for a few seconds. TV is just…you’re on, you give it everything and don’t mess up, lol. It’s just different!
What’s coming up for you in the future? Shows? More music?
Both! I have some shows both in NY and LA to promote the EP I just released, and am in the process of writing songs for my second EP 🙂 I’m very excited!
If you could collaborate with one artist, who would it be?
I say this every time and will continue to say it…Bruno Mars. I love him and his style of music would fit soooo well with mine!