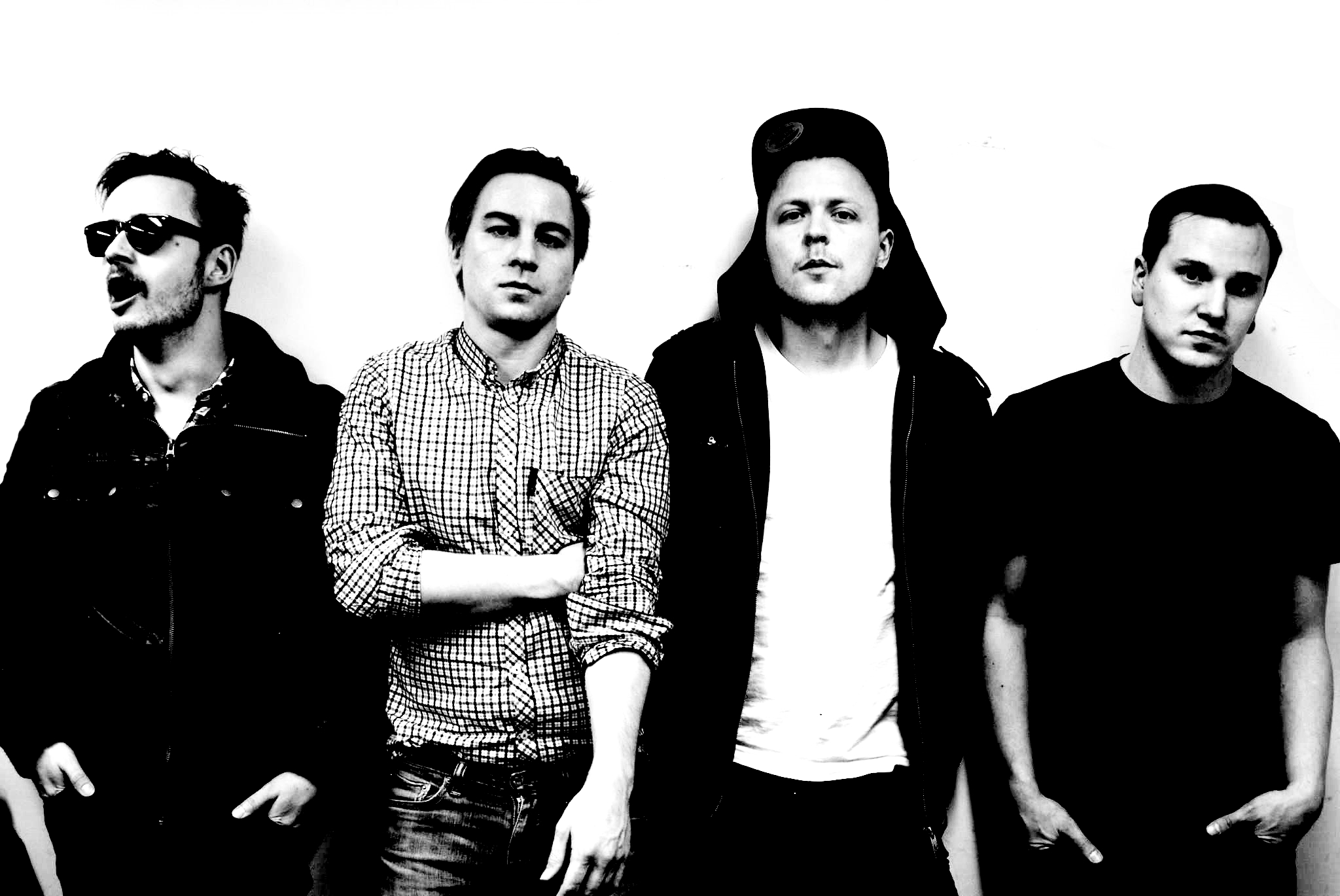 Van Dammes, the garage punk heroes from Finland, just released their third EP called Vild Days. The first single on the EP, “Thunderbirds Are Go,” explores the British marionette puppetry animation series Thunderbirds. Here, the band explains the show’s inspiration for them and how it made for a cool, unique song. The EP also contains short stories about saving baleen whales, the World Cup, and the golden age of Scandinavian action rock. Frontlined by Ilkka Hildén (bass), Markus Kujawa (vocals, synth), Jussi Roine (drums), and Juho Talja (vocals, guitar), the band was formed in 2013 and both their debut EP, the VD, and its successor, Better Than Sex, have received airplay on American, British, and Finnish punk radio stations. Here, Markus and Juho talk about touring, new music coming soon and how they all work so well together.

Where did the idea to use “Thunderbirds Are Go” as inspiration come from?

Markus (M): I remember watching this 1960’s British marionette puppetry animation series called Thunderbirds when I was a small kid. For some reason, the Finnish TV showed it in the late 1980’s. About two years ago, I accidentally happened to see the Thunderbirds film, which is also from the 1960’s, and I realised how cool the story and the production were. It became very clear that Van Dammes have to have a song about that.

How is Vild Days different from your other two EPs?

Juho (J): We’ve expanded our artistic expression and musical universe to a so called five-song-EP with this Vild Days. Our previous two EPs were made with the four-song-EP concept. More seriously, I think Vild Days is more versatile with its song material compared to the previous EPs. We also did the recording in a little bit different way. This time the recording was made with very talented local artist Juho Tarnanen in his studio.

How do all of you collaborate on ideas? Conceptually, lyrically, and musically?

M: It’s basically me and Juho who are writing the songs. Recently, also our drummer has made his contribution. We write the songs quite individually and then arrange them together. So the final sound is produced by all of us.

What has been each of your favorite tour stops?

M: Personally, I enjoy playing everywhere and it’s very difficult to say what’s my favourite tour stop. Perhaps that kind of gas stations between the cities where they sell something homemade. 🙂

J: It’s always very nice to see new places and meet new people. You can’t really rank those places because every city we’ve visited has been magnificent in their own way and the people have been amazing everywhere. During our last tour in May, we actually got to play at very different types of venues. There were quite small and cosy punk venues but also some bigger rock venues.

Now that Vild Days is out, are you looking to get on the road?

M: We are looking to get on the road almost all the time. Actually we already made the first leg of our European tour right after the release. It was a blast. We went to some places where we didn’t play before, like Serbia and Croatia. That’s always fun.

Who is a musician or band you’d love to work with in the future?

J: We could perhaps do a split EP or a world tour with Pet Shop Boys. That’s my first favourite band ever and I still like them very much. For some reason, I suppose it won’t happen though. We’ve played with some very good bands during our tours so it would be nice to meet those people again. For example touring in Japan with TsuShiMaMiRe or in Australia with Dune Rats would be cool.

How do you all get along all the time? Especially while touring?

M: We get along very well (at least in my opinion). We have been very good friends already before this band, so it’s always great to sit in a same tour bus with your friends and party all over the world.

J: It feels more like being on a holiday with your friends, and the best part is that besides of that we have also an opportunity to do what we all really love—play punk rock in different places. Of course a great amount of touring is sitting in a van in tropical conditions but that’s no problem in a good company and with some beers.

How did Van Dammes start?

M: Three of us had another band for a long time before Van Dammes. For some reason, that band needed to have a break, and I decided to move to Belgium. Juho came to visit me once in Brussels and we went to see a show of a Swedish punk band called Holograms. After the gig, and several doses of alcohol, we came to a conclusion that we should have that kind of band but better. By the way, our first drummer was also from Sweden. Our song Daniel is dedicated for him.

J: We’ve been playing in same bands with these guys long ago before we started Van Dammes. I first met Markus in the primary school. We formed our first band there together when were like 10 years old. We couldn’t play any instruments but we just knew that being in a band is our thing.

Do you think your next project will be an EP or a full album? When will new music be coming?

M: We already have a bunch of new songs which we have played live as well. So the next release is expected to be out at some point in spring 2018. We often ponder and fight whether we should make an album or an EP. Let’s see who wins the fight this year.

J: Besides of this Vild Days EP, we also released a 7-inch Best Of compilation in May. It’s available only in a vinyl format.

M: Actually that is very cool. All our Best Of vinyls are handmade by an Australian guy living in Helsinki. He has his own fans all over the world, and it’s been fun to see those people ordering our record, not because of our music, but because of this vinyl maker. You can check him out here.

Final shoutout to your fans?

J: Save the whales! And other animals as well. And listen to Van Dammes. And check out our new music video Punk Rock Drummer on Youtube.