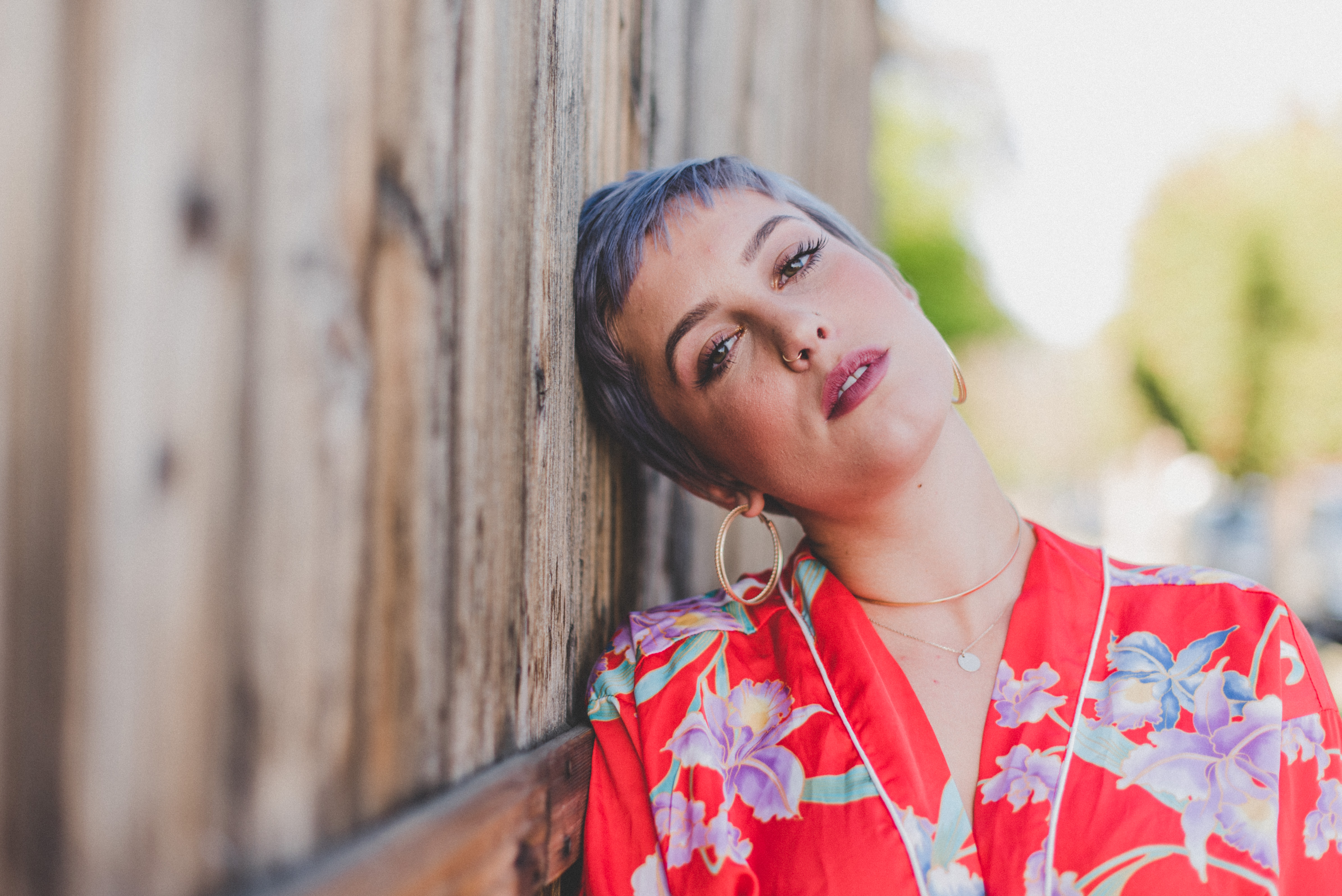 Working within the music industry for about ten years now, Aria Hennessy is ready to come full-force into the pop and R&B world. She may not be a household name just yet, but soon she definitely will be. Hennessy has found some serious success while working with Whitney, Kanye and Jermih’s producers, writing pop songs and accumulating over 300,000 streams on her 2016 single, “Where Did The Love Go.” Recently, we had the chance to chat with Hennessy about the music industry, pop music and what’s up next for her on this crazy ride.

So your latest single, “Soul In Your Pocket”, it’s a really cool blend of pop and R&B. What was your inspiration?

I feel like I have a very complex array of inspirations. I, you know, am obviously very inspired by R&B. I love modern R&B. I love Jhené Aiko, Drake, Sza, Kehlani- I think there’s a lot of cool stuff going on, and that’s a lot of what I’m listening to right now. I grew up listening to everything from John Mayer, Lauryn Hill, Fleetwood Mac to Eminem. So it is very like, very all over the place. And then I’ve also always been inspired by traditional pop music. When it comes to radio, I’m obsessed with studying great songs.

Yeah, I do feel like I’m fairly eclectic as far as my influences go. It’s been cool to kind of draw from everywhere. I’ve spent my days writing pop songs basically every single day, so that’s my job and that definitely comes into my own music. Where I spend my time writing and who I’m writing with is a huge inspiration too.

Cool! So speaking of writing pop songs – you’ve worked with really big producers before. How did that all come to be? Where did you meet all of these people?

It’s a combination of the ripple effect of being in LA and meeting fellow music makers, and also being signed to Universal Music Publishing Group – they put me in sessions too. I’m really lucky to have a team that helps me out and puts me in sessions and believes in me. I’ve been down here and doing that for a while, so you kind of meet more and more people and eventually get put in the right rooms.

Is there anyone you really want to work with that you haven’t worked with yet or anyone you want to collaborate with in some capacity?

I obviously really would love to be in the room with bigger and bigger artists. I think that’s something that I would really aspire to do. Some of those people I named would obviously be dream people to work with. That being said, it’s always kind of interesting because, something I’ve learned being in the songwriting game, is seeing sessions in your calendar and feeling like, “wow, I really want to work with this person,” and you have all of this excitement but when you get into the room but sometimes those sessions aren’t the best ones. I always try to keep a really open mind and get excited no matter who I’m working with because sometimes the unexpected ones are who you really vibe with. At the end of the day it’s just about getting the best songs.

Is there anyone that shocked you in a good way or a bad way when working with them?

Not really! I mean, sometimes there’s obviously a lot of dynamics in the room that play when you write songs. For the most part, I’ve had really good experiences. Everyone I’ve worked with has just been really incredibly talented and for the most part, really nice. It hasn’t been nearly as scary as I kind of thought it could be when I first started.

When did you first know you wanted to do music as a career?

I started doing music as a career when I was 13, or at least trying. I released my first EP I think when I was 14 or 15 years old. And from there, I was already kind of in the game in Canada and doing really, really hyper pop projects. So I was trying and playing open mic nights and I went to the city when I was I think about 17 on my own to kind of push my music and I just always knew. I’ve been so driven and it’s been my focus for almost a decade now.

Wow! So with you originally being from Canada, are there a lot of differences with working in the industry? I’m assuming there’s a lot more opportunity here, right?

Yeah, there is a lot more opportunity here but there’s also a lot of competition. It’s incredible how much talent is here. That’s something that really struck me when I first moved here. It’s like the best from every part of the world is in LA in a lot of cases and it really pushes you to raise your game and work really, really hard because you see it going on all around you at all times. It’s literally like every three blocks is a studio minimum. I’m always like just inspired by that and that really helps. On the other hand, it’s also kind of easier back home, it feels like you have a bit more space in Canada to do what you want to do to a certain extent. There aren’t so many people doing the same thing. It’s cool though, I think it’s more challenging here. Also, it challenges you to be different because there’s so many people here. You kind of have to figure out something that’s going to make you stand out.

Yeah, that’s cool! So you released the new single. What’s coming next for you? Should we expect anything else soon?

Yeah! So we have an acoustic video coming out for “Soul In Your Pocket” in a few days and I’m really excited about that. Then, we also have a music video coming out. I’m gonna be attempting to release a song every month for the next six months. I’m trying to be really consistent and get music out. I had a lot of music on the old hard drive for a long time, and felt really trapped and not sure what to do with it, and I’m at a point now where I’m just like, I really want to share this and see what happens. This is kind of the beginning of that. I’m excited to just keep building and releasing new music.