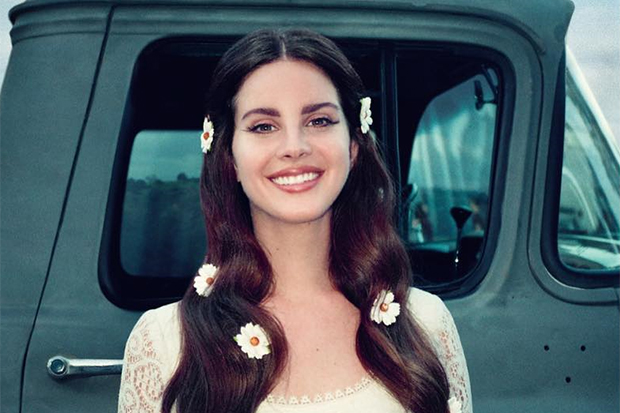 The first time I heard Lana Del Rey was in the summer of 2012; little did I know Born To Die would completely consume those months of my life as each track would perfectly encompass the energy of everything taking place around and within me. I knew quickly that she would be an artist that I would be sure to pay attention to for years to come.

When I heard that Lana would be releasing her new album, Lust For Life, I was totally ecstatic! I loved majority of her previous releases, Ultraviolence and Honeymoon, so I couldn’t wait to hear the growth that was to come on this new project. With the new level of perspective she obtained from her earlier releases, I knew fans would be in for a real treat.

The album starts off with the introduction song, “Love,” and when I first heard it I honestly didn’t think much of it. That is…until I saw the music video, which showcases the classic/vintage Lana her fans all know and love. The video made me appreciate the song a lot more, and I even came to like it a lot.

Unfortunately, “Lust For Life” (featuring The Weeknd) seems to be the worst title track she’s made in her entire catalog thus far. Although the overall production had evolved along with her vocals and melodies, the song structure felt generic and repetitive. As a huge fan of The Weeknd, I was disappointed, but nothing about this song really grabbed my attention.

However, the song “13 Beaches” is AMAZING!!! The instrumental is completely one of a kind, her angelic voice in the chorus simultaneously sent shivers down my spine and goosebumps through my body. In addition, the production on the son “Cherry” is absolutely immaculate, and it’s one of those songs you just have to cruise on the highway to with the windows rolled all the way down.

Of course, not every song is going to be my favorite, and “White Mustang” was one of those songs I wasn’t necessarily a huge fan of. While the piano was beautiful, the lyrics lacked the energy that was needed in order to keep me interested. And not to be super negative, but the track “Summer Bummer” (feat A$AP Rocky & Playboi Carti) is exactly what the title implies… a total BUMMER! The instrumental to this song sounds like every other trap beat out there today, and unfortunately A$AP Rocky’s lyrical abilities and Playboi Carti’s adlibs couldn’t save the song.

Lana Del Rey is far too talented and unique as an artist to be releasing the same quality content of lower tier artists who hardly put any thought into their music. She’s not like every other pop star who needs one of these songs to reach their audience, so it totally bummed me out to hear this type of material from her. Luckily, “Groupie Love” (featuring A$AP Rocky) was a breath of fresh air with its mesmerizing melodies and a chorus that makes you bop your head steadily. Although A$AP Rocky’s verse was short, it fit the style of the song and the chemistry between the two really shines.

“In My Feelings” is another superb song. In fact, it’s so good that I heard it playing in my dreams one night and woke up wanting to hear the entire album all over again. After listening to the album all the way through a few times, I’ll be honest and admit that I usually end up skipping the next three songs “Coachella-Woodstock In My Mind,” “God Bless America – And All The Beautiful Women In It,” and “When the World Was at War We Kept Dancing.” While songs do have substance and her voice does sound great, these songs feel like they drag on and are just flat out boring. Luckily, the next two songs on the album are complete master pieces.

“Beautiful People Beautiful Problems” (featuring Stevie Nicks) & “Tomorrow Never Came” (featuring Sean Ono Lennon) are sonically speaking, both beautiful songs.  I believe these songs are important landmarks for Lana’s career, which perfectly signify the legendary status she now possesses. But even though those songs were special, “Heroine” didn’t give me that same wonderful feeling. To me, it just felt like the album could have done without it.

To end the album, “Change” and “Get “Free” were the perfect selections. these two songs are chock full of emotion, passion, and somber positivity. Although the overall tone feels sad, these tracks speak about how you may be in a dark place in life, but there is always a light at the end of the tunnel.

Overall, I enjoyed this album for the most part, but it definitely is a roller coaster of mixed emotions. The high points of the album felt like her talent is not of this earth, but the low points were very disappointing. Even though there are extremely important music moments on this album, I would have to say that this was the weakest album in her entire discography. There are definitely some serious summer vibes included that I love, but in many ways I do feel like this new release missed the mark. Give it a listen and let us know what you think!