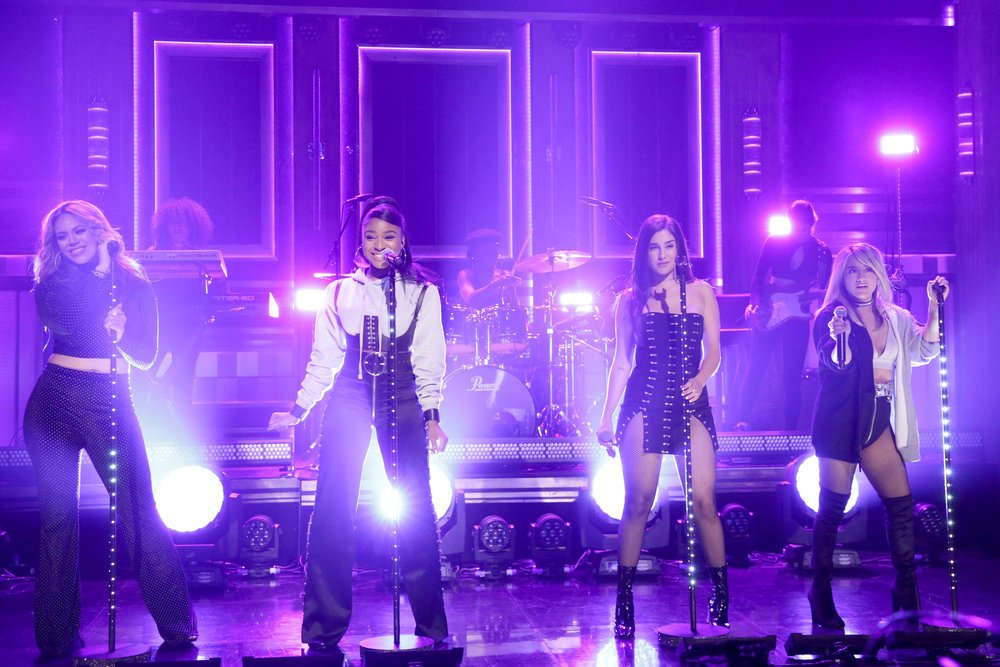 Good news! Fifth Harmony finally revealed their third album title and its release date! Soundigest previously covered all that had been revealed about #5H3 here back in June; now, as July ends, the four girls took to The Tonight Show with Jimmy Fallon to perform an acoustic version of their lead single, “Down.” Gucci Mane also joined the girls onstage for his verse, which was a nice surprise. Jimmy himself revealed that their third album is self-titled and will be released on August 25th.

Fifth Harmony’s previous albums were titled Reflection and 7/27 respectively, the latter named after the date that they were formed as a group on X Factor.  To title their third album Fifth Harmony might seem like a slap in the face to former member, Camila Cabello, who left the group back in December. Some fans may see it as a diss because they might be sending the message that Fifth Harmony wasn’t Fifth Harmony until Camila left the group. However, I see it as a title meant to introduce the world to the new Fifth Harmony post-Camila, and a way to show the world their new sound.

The girls have previously expressed their excitement of being able to co-write more than half of the album for the first time.  Additionally, they’ve spoken at length about the importance of having each of their individual voices be heard on this album. To me, it sounds like the album will be more cohesive than their previous LP’s and the girls seem more proud of the music they’ve created this time around.

Fifth Harmony have yet to reveal the album tracklist, but since August 25th is now less than a month away, expect that to be revealed very soon!

Are you excited for Fifth Harmony’s self-titled album? Tweet us @Soundigest and be sure to stream “Down” in the meantime here.