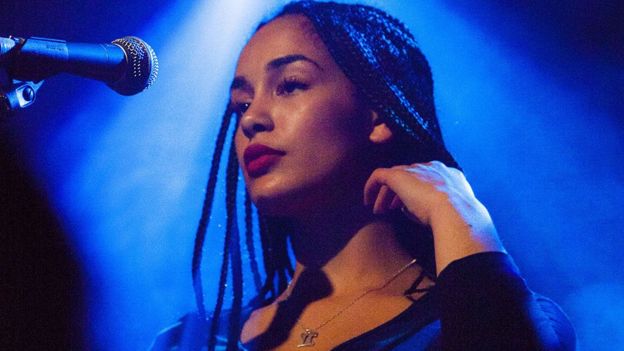 So far, this year has been the peak of music in all of its forms. Every day new artists are bringing masterpieces to the table and setting the bar higher and higher. Despite all of the new artists on the rise, there are just a few that stand out a little more than the rest.

Isaiah Rashad is one of the most refreshing sounds in hip-hop music today. His flow is like no other. With one of the humblest hearts in existence, Rashad has some of the most heartwarming songs in his league. Although I’m just recently joining his bandwagon of fans, He is most well known these days for his killer collaborations with SZA. The name that he has built for himself is admirable. His newest album, The Sun’s Tirade, is currently available on all streaming platforms.

Victoria Monét is a pop princess on the rise. Most known for accompanying Ariana Grande on the Dangerous Woman tour, her come up is definitely like no other. Both a lyrical mastermind and a powerhouse vocalist, Monét has proven time and time again just how much she’s capable of. As an independent artist, she carries herself with confidence, pride, and potential that would make any record label proud to support her. The future of her career is highly anticipated and has nothing but success written all over it.

Sabrina Claudio is a soulful goddess. She took the world by a storm with her debut EP, Confidently Lost. Loved by many, Claudio has quickly become a household name thanks to her unforgettable sound. Her raspy range and her vocal runs– enough said. Her newest single “Unravel Me” is set to drop on July 28th. Don’t forget to give it a listen, you won’t regret it.

The lioness herself, Ella Mai, is an absolute asset to the R&B music community. I personally had the pleasure of seeing her open for Kehlani on the SweetSexySavage Tour. From her stage presence to her insane vocal range, she had the entire crowd on their toes throughout her set. Ella effortlessly has the power to uplift people and bring hearts home with her natural vibe. This is just the beginning for a long and successful path ahead of her.

JMoney, commonly known as Jorja Smith is the young face of street soul. Only the age of 20, she is already being compared to musicians with untouchable legacies such as Amy Winehouse and Sade. Smith has paved the way for the new sound of neo soul and R&B music through her soft spoken yet compelling tone. Despite mostly releasing music with grime topics, the innocent and more loving side of J makes for an emotional bond you’ll never want to let go of. Catch her on tour with Bruno Mars this fall for a taste of her irresistible sound.