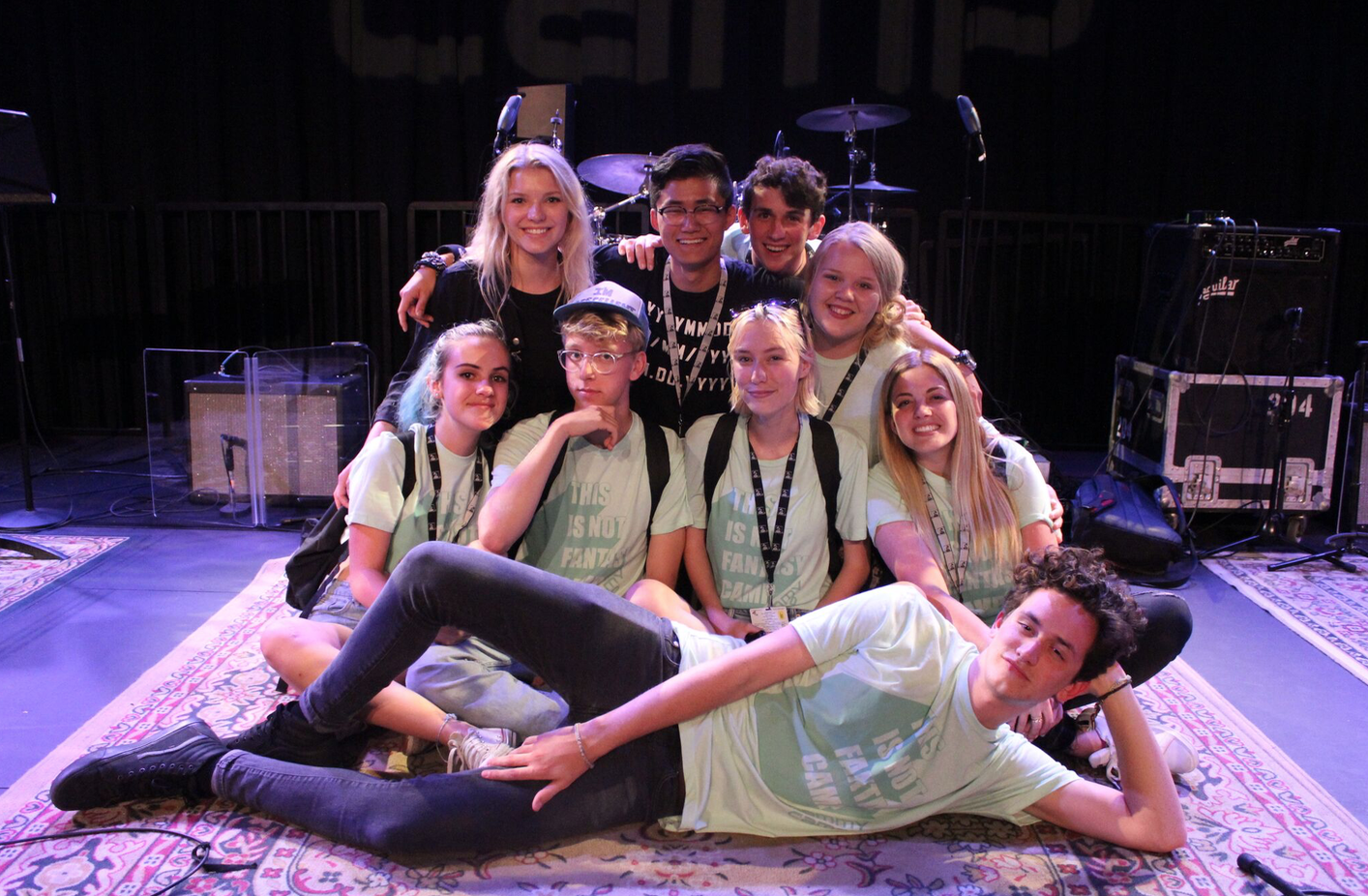 This summer, I was given the once-in-a-lifetime opportunity of attending GRAMMY Camp LA at the University of Southern California. My area of focus was in music journalism, and I was joined by 80 other students who participated in tracks that included audio engineering, electronic music production, songwriting, vocal performance, music journalism, video production, music business, and instrumental performance. GRAMMY Camp is an exclusive music industry camp that focuses on helping students further indulge themselves into the extensive industry. As someone who is extremely passionate about music, but isn’t a performer, I believe that this was the perfect experience for me.

GRAMMY Camp is described as a “music industry” camp, which makes it very different from your average band camp, as the camp is keen on networking and career development. I don’t know if I will ever be able to really put how incredible and surreal this whole experience was into words, but I will try my hardest to make sense of the wonderful five days I had.

Even before camp started, I began to connect with other campers on social media. Between group chats and facetime calls that would last all night, I was able to form true bonds with young people from all over the country that shared similar interests as me. After talking all day, everyday for about a month, we finally got to meet, in person, on the first day of camp. Although I expected the usual first day jitters, I embraced the first day eagerly and without any hesitation. The energy in USC’s Carson Soundstage on the first day of camp was something I will never forget, and you could tell that everyone was just as excited as I was.

Being in the journalism track, I was mentored by Steve Baltin, an established writer for Forbes, Rolling Stone, Billboard and more. It was extremely insightful to get advice and learn about “journalistic instincts” from someone at the level of success Baltin has reached, and I am very grateful to have met him. Baltin has basically written about or interviewed every famous person ever, so it was a ton of fun listening to his crazy stories. He even let us listen in on a phone interview he did with Shawn Mendes! Throughout the week, I was able to use Baltin’s valuable lessons and interview countless students to learn more about GRAMMY Camp through their perspectives. These kids are definitely on track to be big names in the music world, so who knows? Maybe one day when they’re selling out Staples Center, I’ll be able to call them up for a quick interview!

I was also able to meet some other highly respected industry professionals, such as publicists, A&R Supervisors, photographers, and other writers. We had the opportunity to listen in on a panel with MUNA, a trio of girls who are about to open up for Harry Styles! Katie Gavin, a member of the group, attended GRAMMY Camp when she was in high school. It was very inspiring to hear her story of how she worked her way to where she is now.

Aside from the incredible professionals, the defining aspect that made this camp so special was the students. I have never before been surrounded by such hard working and talented individuals in my life. As someone who is never really around musicians, I guess I had a preconceived notion that everyone would be very stuck up and ignorant, but I was wrong. Everyone at camp was so incredibly friendly and nice, and regardless of their talent or fame, all of the kids were beyond humble, which was refreshing to see. Not only was I able to network with up and coming stars, but I was able to make lifelong friends, too.

GRAMMY Camp LA 2017, although only five days long, will stick with me forever. As a total nerd for all things music business and The GRAMMYs, I truly felt in my element all week long. I will never forget the talent shared and the memories formed within my short time in LA. I’m so thankful for the Recording Academy for being the forefront of music and encouraging teens, like myself, to pursue careers in the music industry. This experience has changed my life and I can’t wait to see what the future holds for not only myself, but for all of the amazing people I have met through GRAMMY Camp!

One thought on “A Look Inside GRAMMY Camp LA!”