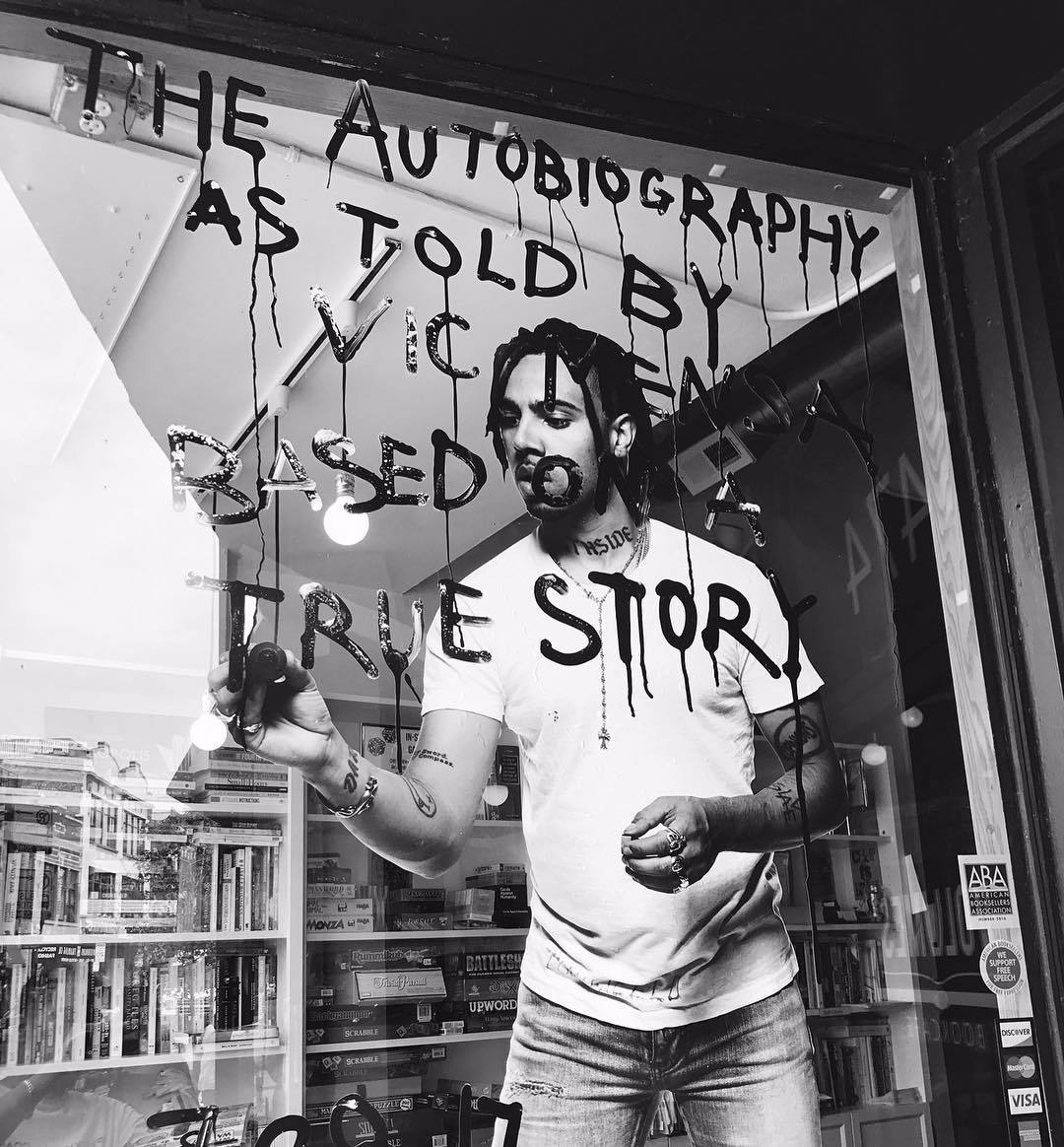 Chicago native Vic Mensa has been on my radar after the release of his mixtape Innanetape in 2013. Roc Nation announced Vic would sign a deal with them in 2015, and since then he has released the projects There’s A lot Going On & The Manuscript. He has also collaborated with a wide array of artists such as Skrillex, Kanye West and Flume. His debut album The Autobiography has gone through a lot of changes and has faced many setbacks before its release.

The album starts off with “Say I Didn’t.” The song definitely has a classic soulful feel as Vic expresses how he always knew he would reach this point of success, the experiences he went through to get here, and how he’s using his platform. “Memories On 47th Street” goes a little further in depth with what it was like growing up in Chicago, as well as his come up as an artist. The instrumental to this song is intense, and my absolute favorite part of the song is at the end when the instrumental cuts out. It’s at this point that he goes into this mad scientist-like space with sounds of scribbling through paper as he makes observations of different ways people use drugs.

If you’re looking for a hype track, “Rollin’ Like a Stoner” is the one for you . In some parts of the song he kind of sounds like Travis Scott & Tory Lanez, and I personally predict that he will be recording a music video to this song. “Homewrecker” (feat. Weezer) is definitely my favorite song on this album. The ambiance from the guitars in the beginning remind me a lot of Kid Cudi, and it sounds like a dreamlike atmosphere until Vic opens his mouth to immediately drag us into a personal nightmare of him cheating on his former girlfriend. The line in this song that gives me goosebumps is when he is speaking from his ex’s perspective, saying, “You don’t understand the power that you have to affect me/ Could use it for good, but you’d rather neglect me/ You keep pulling me back like a Chinese finger trap/ I try to let go but you just won’t let me.”

Vic continues to unveil his mistakes until Rivers Cuomo sings a beautiful outro. “Gorgeous” (feat. Syd) is my least favorite song on the album even though it sounds like it was inspired by Kanye West’s Graduation album. As a faithful man, it’s hard to relate to the content of loving two women at the same time, but I do appreciate the honesty in this song and the feeling it gives off.

“Heaven On Earth” (feat. The Dream) describes the story of Vic’s friend Killa Cam dying in a robbery gone wrong. The song is narrated through his deceased friends perspective, as well as the killers. This track is followed by “Card Cracker,” where a narrator explains using Vic’s credit card and tells the listener all of the things they bought with it.

The next song, “Down for Some Ignorance” sounds like the essence of Chicago hip-hop. The synth, bass and drums on this instrumental are hyped up along with the street lyrics/auto tune usage. “Coffee & Cigarettes” is another one of my personal favorites because it’s just different from most other music in the genre. It has incredibly catchy melodies & a rap verse that sets Vic apart from his competitors. “Wings” (feat Pharrell) has the type of ambiance to drive around at night to. He paints incredible pictures about all he has accomplished, as well as his struggles dealing with depression and drugs. “Heaven on Earth” addresses suicidal thoughts, and it’s mostly sang by the featured artist, The Dream, who briefly talks about pain he went through and how he uses it to inspire others to keep going in life.

“The Fire Next Time” is purely motivational and I love how you can hear the passion and hunger in his voice. His wordplay and lyricism that he showcases here is on another level. “We Could Be Free” (feat. Ty Dolla Sign) is more of a deep inner reflection, analyzing the world around us and exposing the corrupt system and social injustices. It has a hopeful tone as he describes his wishes for the future.

For me personally, “Rage” is a song I have been looking forward to since he alluded to it in one of his older songs, “There Is A lot Going On.” The instrumental on this song sounds like it could have been on My Beautiful Dark Twisted Fantasy by Kanye West. It has a lot of layers that gives this song a great amount of life. To me, this song sounds like he is knocking at the door of becoming a new legend. “OMG” (feat. Pusha T) is sooo intense. He talks a lot of swag talk mixed with politics. This is one of my favorite Pusha T features ever, as he comes in really hard with a verse full of punchlines and classic drug king pin talk. The music video for this song is already available and I highly recommend you check it out.

Overall, this album is simply excellent, and I believe it’s one of better hip hop releases of the year. Vic Mensa is definitely a standout artist with powerful messages and amazing song structures. Like he says in the introduction song, “Didn’t I tell you this was a new birth of the Roc?!” He definitely carries the Roc Nation torch and represents the powerhouse record label well.