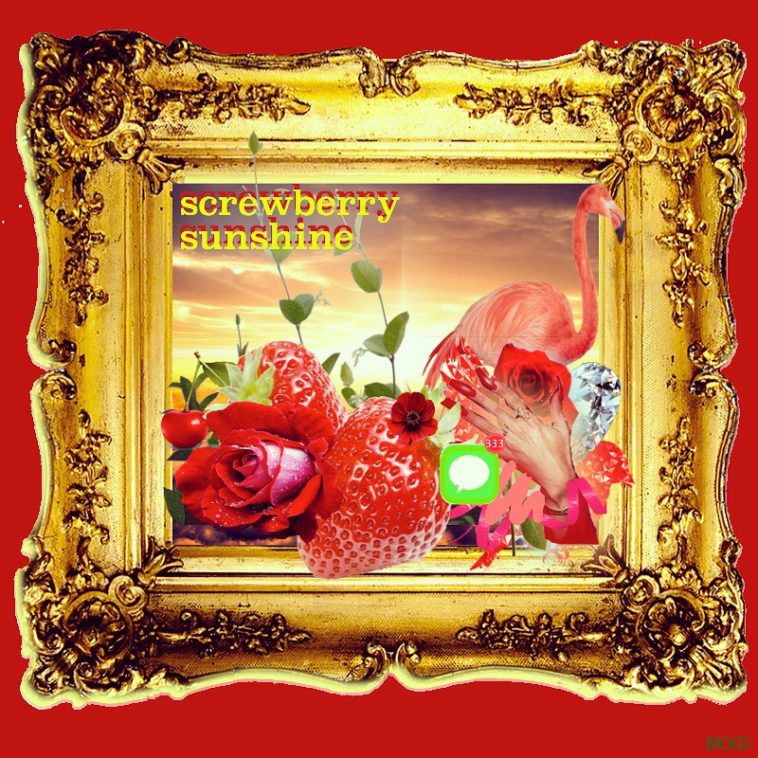 Brooklyn White is a New York-based visual artist and writer who has been featured in Teen Vogue, Galore, and Noisey, as well as co-signs from Erykah Badu and Janelle Monae. Her work focuses on bolstering the strength of black female artists and tries to promote both positive body image and mental health. Branching out into music as well, her latest project, Screwberry Sunshine, encompasses similar ideals.

Layered over hazy and spacey production, Brooklyn White raps about “the other,” a group of people that she describes in an interview with Affinity Magazine as those “who don’t conform.” “Those are the people I ride for,” she continues. “They’re kinda why I’m so into space and big on incorporating it into my visual art. I feel similarly about the sea and its inhabitants as well. Space and sea represent depth, unknowing, and infinite knowledge all at once. ”

Produced by Don D., a Connecticut-based producer whose work with artists such as Kari Faux has been featured in Vice, Dazed and more, Screwberry Sunshine channels its message through the production as well as lyrically, as the dreamy synthesizers and sparse percussion fill the space between Brooklyn’s rhymes.

Screwberry Sunshine is an interesting addition to White’s work. The EP illuminates a different side to Brooklyn White than one would expect to see from her visual art, as she talks about her sexuality on “Prayin Not Playin,” and even showcases her rapping ability on the double-timed “Body Glitter.” “I think people sometimes think I’m this sweet, sensitive baby who just writes and draws aliens,” she said, but she’s no newcomer to the underground rap scene in New York. Screwberry Sunshine is her ninth project, and one that she hopes demonstrates that she’s always been a rapper as well as a visual artist.