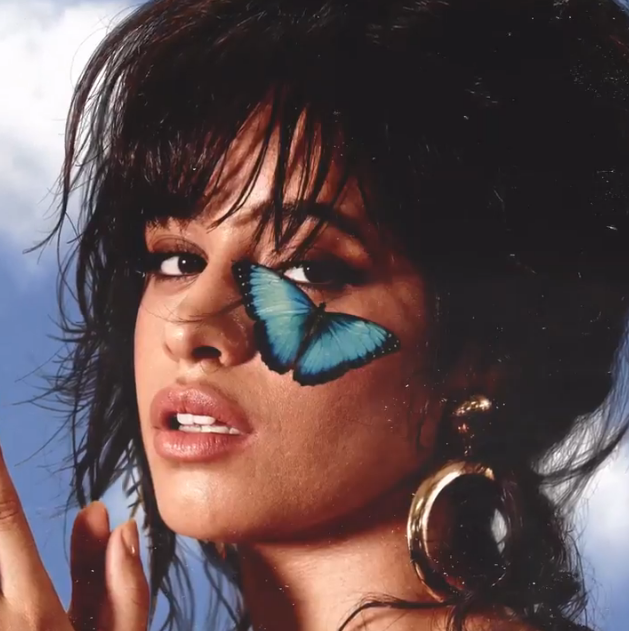 Last Friday, August 3rd, Camila Cabello dropped two brand new songs, “Havana” featuring Young Thug and “OMG” featuring Quavo, from her upcoming debut album, The Hurting, The Healing, The Loving. Currently opening up for Bruno Mars on his 24K Magic World Tour, Camila has treated audiences to performances of both “Havana” and “OMG” as part of her set.

Originally, Camila premiered these songs for the first time live at B96 Chicago’s Summer Bash Concert back in June; I was lucky enough to be in the audience at this show and loved hearing them live for the first time. I had no idea that rappers would be featured on the studio versions of the songs.  Personally, I enjoyed the songs without the rap features. Quavo’s verse in “OMG” adds a good flavor to the song, but Young Thug’s verse in “Havana” detracts from it and feels unnecessary.

Camila spoke about both songs in an interview with Zane Lowe from Beats1. Asked about “OMG,” Camila said, “I just wanted to create a song of my own, that wasn’t that deep, that was just fun and confident, and also like role reversal. When we [Charli XCX, Sasha, and Noonie] were writing it, we wrote it as this girl squad anthem about just pulling up to the boys and just having that swagger.” “OMG” certainly doesn’t have deep lyrics, but the song is incredibly catchy.  It’s more rhythmic than anything Camila has released so far and fits in well with what the general public is listening to.  Quavo features on the chorus and in the third verse, fitting in nicely with the melody. With a playful chorus of, “Pull up, pull up, pull up straight from Tokyo/You cannot believe it when we come through/Woo, my God, you look good today,” Camila has perfected the earworm formula.

“Havana” is quite different from “OMG.” The melody is the polar opposite of the rhythmic “OMG”: it’s slower and more jazz-like with the inclusion of a saxophone.  The song is about falling in love with the wrong guy and the chorus is an ode to the capital of Camila’s home country of Cuba.  For “Havana,” Camila worked with Pharrell, whom she gushed about to Zane Lowe at Beasts1, “We wrote verses for [Havana] like three different times and the last time was with Pharrell. I basically tricked him into doing that ad-lib track for me because, at first he was like, you know, I think it’d be super dope if you did it because you’re a girl and to have those rappy ad-libs , that would be dope and I was like ‘Oh, why don’t you like sketch them out for me’ and I just kept all of them in there.” Pharrell’s ads libs can be heard in the first verse and the chorus throughout the song. Young Thug takes the second verse and to me, his feature feels out of place and unnecessary.  Granted, the song would be shorter without his verse, but overall more enjoyable.  The infectious chorus of “Havana ooh-na-na/Half of my heart is in Havana, ooh-na-na/He took me back to East Atlanta, na-na-na/All of my heart is in Havana/My heart is in Havana/Havana ooh-na-na” is the highlight of the song for me.

Both songs are enjoyable, yet quite different from one another.  Of the four songs that Camila has released so far from her upcoming debut album The Hurting, The Healing, The Loving, each has had its own distinct sound.  The versatility that Camila has shown as an artist so far makes The Hurting, The Healing, The Loving, dropping in September, an album to anticipate.