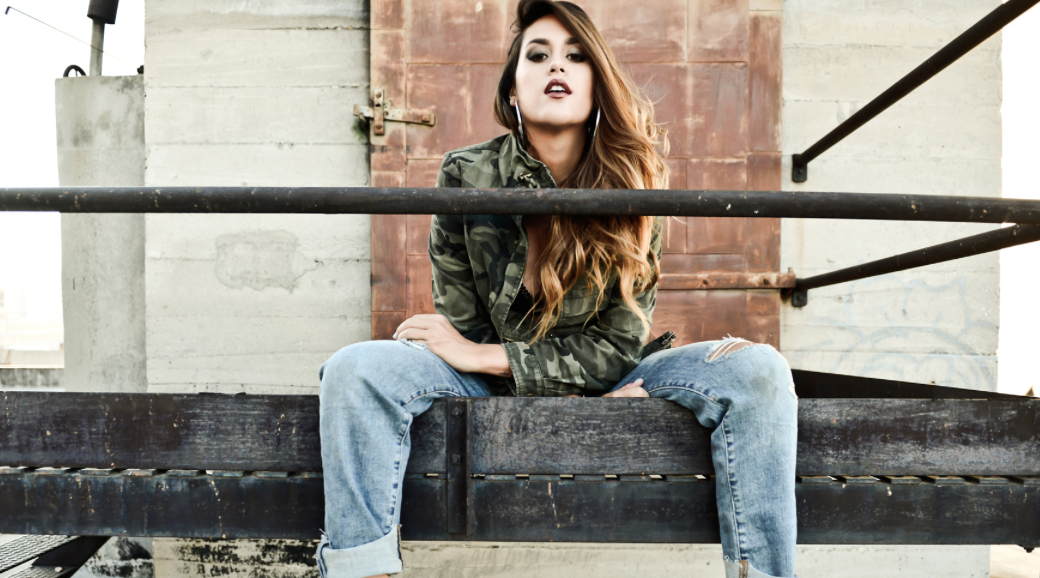 JoLivi is showing everyone that country singers have more fun! Born and raised in Hawaii, this superstar has already released 2 EPs and 3 singles as a pop singer and now she’s ready to take on the country world. Her new country single, “Take A Shot” is already making her an unstoppable force in the new genre. Her songs and covers, like  “Smoke” by A Thousand Horses and “Before He Cheats” by Carrie Underwood, have gained her an audience and over 1 million YouTube views. Here, we talk about her covers, transition from pop to country, and what’s up next.

What made you want to cover “Smoke” by A Thousand Horses?

Honestly, it’s one of the most well written songs I’ve ever heard.  The play-on words is just so beautiful and visual.

What inspired your newest fun single, “Take a Shot?”

It’s about the first time I met my boyfriend and it’s also a play on words… Being at a bar taking shots of whiskey…but also taking a shot on me and vice versa.

What about country music made you want to transition from the pop genre?

I grew up listening to artists like James Taylor, Bonnie Raitt, Susan Tedeschi, etc. Although some may say these artists are more blues/rock than country, it still has that country feel.  I was also obsessed with The Dixie Chicks and Shania Twain.  Then growing up listening to Willie Nelson, Merle Haggard, Dolly Parton and Chris Christopherson. I love the style of writing and I could always relate to it.

It just happened recently!! LOL, I went into the studio with my producer and we just said, ‘Hey let’s write a country track and see what happens!’ And from that, “Take A Shot” was born!

Since releasing covers and a debut single, does country feel more natural than pop music?

I think it all depends on what you’re writing about.  I love every genre of music and I think all of them give something so incredibly inspiring.  With Country, I feel like my voice has found its home.

Who are some artists that inspire you? Country or otherwise?

LOL. I may have named all of them in the previous question, but my all-time favorite is James Taylor.  He has been a guiding factor for not just how I would love to write music but also in helping me go through the pain and happiness in my life…as well as many of his fans.

If you could collaborate with any artist, who would it be?

What’s coming up in your future? Are you working on a full album or EP?

Just finished another Country track that is just fire!!! I’m really excited for it.

Who has more fun—pop artists, or country artists??

EVERY ARTIST!!  We all get to do what we love and inspire people… it’s the f***ing best!