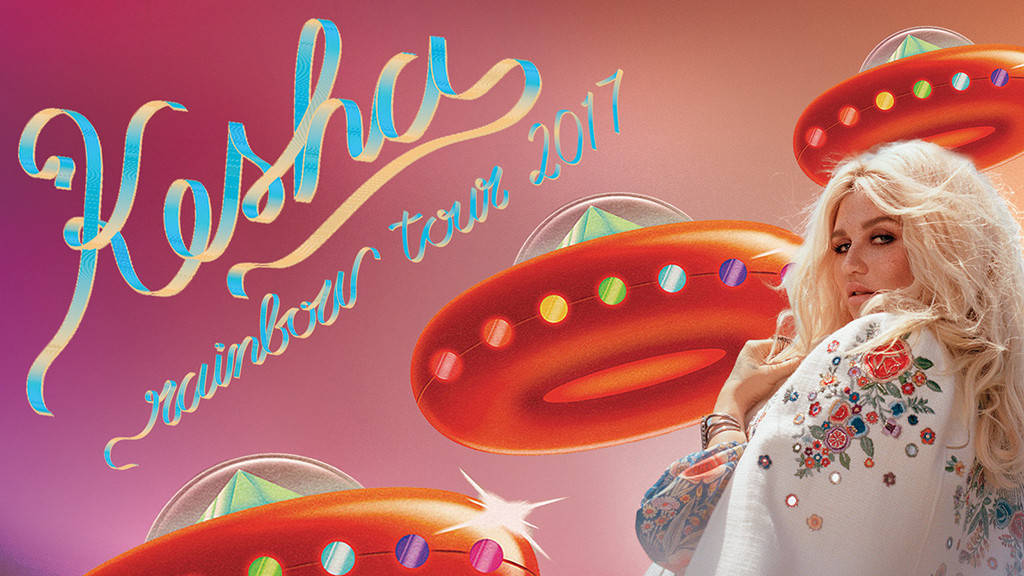 It’s been four long years since Kesha has done a full-length tour, but 2017 promises her biggest return yet. Starting September 21st, Kesha will embark on a 21-date theatre tour in support of her upcoming record, Rainbow, due August 11th. Since Kesha’s grueling battle with Dr. Luke, her fans have stood by her side through every hurdle thrown at her career. Now that Kesha is finally releasing new music and taking back control of her image, her fans are sure to sell-out these intimate shows. Kesha has organized a pre-sale through TuneSpeak and Spotify for her biggest fans this tour. Check out the list of dates at the end of the article to see if Kesha will be gracing your city this Fall, and make sure to snatch some tickets any chance you get!

Kesha won’t be the only popstar embarking on a tour this fall, however! Some of the biggest names on the radio will be touring arenas across the U.S. in the coming months, such as The Weeknd with his Starboy: Phase II World Tour and Lady Gaga with her Joanne World Tour. Kendrick Lamar will also be ripping through arenas on his highly-anticipated DAMN. Tour this August, with most of the shows already sold-out!

On the alternative/indie scene, Jack Antonoff’s band Bleachers will be playing theaters all the way through November in support of their sophomore album, Gone Now. Their tour is something you do not want to miss. I was fortunate enough to catch Bleachers on their 2015 Charli & Jack Do America Tour, and all I can say is that the set was electric. Another gem you don’t want to miss this fall is Kali Uchis, a new alternative artist who has managed to beautifully combine her Colombian culture with nostalgic pop tracks to pave a path of her own. If you want to attend a show full of die-hard fans and astounding vocals, Kali’s Fall tour is the way to go.

Many artists may be announcing more dates soon, so keep your eyes peeled on Twitter for the first chance to access fan pre-sales and VIP packages! Another way to track concerts this fall is through popular concert apps, such as Bandsintown and Songkick, which organize your shows and alert you when artists release tour dates. Keep your fall interesting this year, as concert venues across the country will be hosting some of the most legendary shows of the year.

October 28 – Portland, OR – Roseland Theatre (Daze of the Dead)

PHOTOS: Shadow Of The City Festival 2021

Last year, the thought of live music was a fever dream. Today, our favorite bands are bringing stacked lineups (safely) to a city near you. Sad Summer Fest was born in 2019 to bring together pop punk and emo bands for a tour after the Warped Tour hiatus. This year, Sad Summer’s rescheduled dates for…