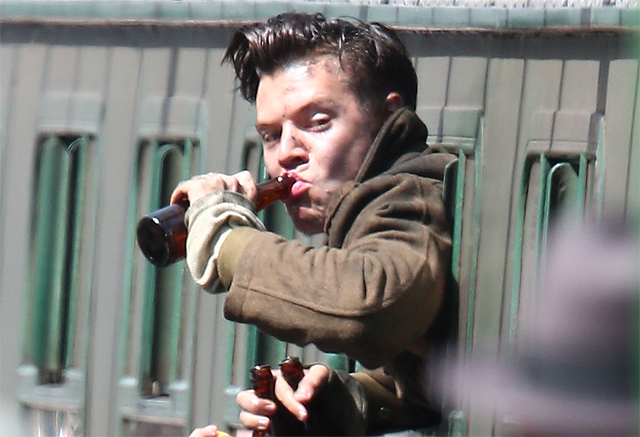 Even if you’re not a fan of One Direction, you probably still know that Harry Styles recently made his acting debut in Christopher Nolan’s Dunkirk, which stormed the Box Office by $50.5 Million! This has made Harry the first person to have a debut album, single, and film all debut at number one! Although he made his mark in music, I have to say that Harry’s acting did not disappoint, and I think this is just his first role among many to come in the future. If you haven’t seen Dunkirk yet, I highly recommend it. But first, check out the trailer:

Harry Styles isn’t the only superstar musician to hit the big screen, however. Here are some other musicians that have expanded their careers in the same way:

Honestly… is there anything Rihanna can’t do? Rihanna has proven that she’s not just an amazing vocalist, but an incredible actress as well! Rih has starred in projects including Battleship, Home, Bates Motel, and her newest film Valerian and the City of a Thousand Planets, which just hit the box office by $23.5 million! Check out the trailer for the film here!

J-Lo is one singer that has been working in film for quite some time and has KILLED it time and time again. One of her most memorable roles would be when she portrayed the legendary Selena Quintanilla in the 1997 film, Selena. Some of her other popular projects include Anaconda, The Wedding Planner, Maid in Manhattan, Monster-In-Law, and The boy Next Door. J-Lo also recently debuted her own TV show called Shades of Blue! The list goes on with all the projects J-Lo has worked on and she shows no signs of stopping in neither music or acting! You go girl!

Leto has been acting along with being the frontman of the band 30 Seconds to Mars for quite some time now. His most recent role as the Joker in Suicide Squad had very mixed reactions. Some people enjoyed his portrayal (like me), and others were not a fan of his take on the Joker. Whether you liked him or not in that role, Suicide Squad was actually not his only acting position. Leto has also starred in Requiem for a Dream, Dallas Buyers Club and Mr. Nobody.

I bet a lot of you forgot that Taylor Swift has actually dipped her foot into acting a few times. Taylor was featured in the film Valentine’s Day and also appeared on an episode of New Girl and CSI. Although her acting wasn’t amazing, it actually wasn’t terrible considering she wasn’t very experienced. Overall, I think most of us would agree that Taylor is way better at creating break-up anthems than acting on screen. For example, take a look at her scenes from Valentine’s day here: