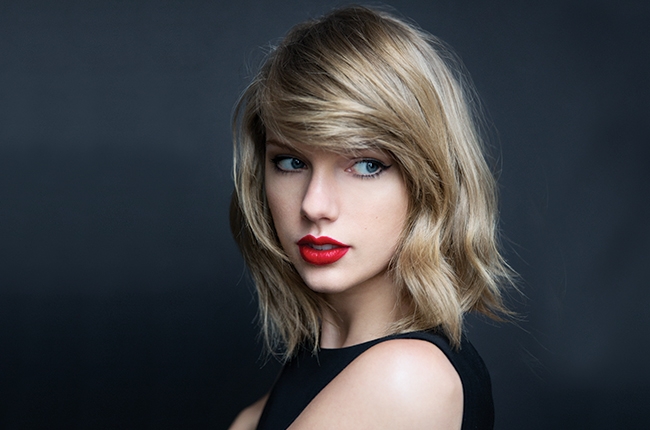 For the larger part of 2017, Taylor Swift has stayed out of the limelight. It’s been nearly three years since swift released her fifth studio album, 1989; once the 1989 World Tour commenced in late 2015, Taylor claimed she was “taking a break” from music for a bit. Aside from her duet with Zayn Malik, “I Don’t Wanna Live Forever,” from the Fifty Shades Darker movie, Swift hasn’t released music or been seen out in public much since.

Unfortunately, Swift has found herself back in the spotlight for a different reason. Back in 2013, during a meet & greet in Denver for Swift’s Red Tour, a radio DJ by the name of David Mueller and his girlfriend, Shannon Melcher, took a photo with Taylor. This photo was kept out of the public eye until this year, when TMZ obtained it and published it. Mueller’s hand is clearly on some part of Taylor’s backside below her waist.

After the photo was taken, Mueller was removed from the concert after security guards tracked him down. He was subsequently fired two days following the meet and greet, after Swift’s team gave the photo to KYGO, the radio station Mueller worked at.

Taylor and her team did not want the photo to get out; in fact, Taylor actually wanted to keep this entire case of sexual assault under wraps. However, in 2015, Mueller sued Swift, claiming she made “false accusations about groping her butt during a meet-and-greet in 2013 that resulted in his termination.” He was seeking $3 million; Swift countersued for assault and battery one month later, seeking $1 million.  Previously, Taylor said that any money she won from the trial would be donated to “charitable organizations dedicated to protecting women from acts of sexual assault.”

That number has since dropped to $1. Swift is not seeking more than $1 because she “wants this case to serve as an example for other women to come forward about their abuse.”

The trial began Wednesday August 9th.  Andrea Swift, Taylor’s mother, testified that she and Taylor’s team tried to keep this case out of the public eye. “I did not want this event to define her life,” she said. “I did not want every interview from this point on to have to talk about it.” She further stated that Taylor “doesn’t go into crowds at concerts anymore due to the alleged groping” because “it scared us really badly.” She choked up and dabbed tears out of her eyes on the stand explaining how Taylor thanked Mueller after the incident took place, “She said thank you. And it was just destroying her that she said that after somebody did that to her. As a parent, it makes me question why I taught her to be so polite — in that moment.”

David Mueller admitted in court Wednesday that his pose in the photo that allegedly captured the incident was “awkward,” but he insisted his hand never touched her backside. He also testified that had he had more time during the rushed backstage photo op, he would have placed his hand in a different location.

Swift’s attorney, Douglas Baldridge, also grilled Mueller about how much alcohol he had consumed at the event. Mueller said he only had one sip, but acknowledged that others around him thought he was inebriated.

When asked if he thought if was ever okay to touch a woman’s backside without her permission, Mueller responded, “No, sir.”

He clarified his reasons for suing in his testimony, saying, “The reason I’m here, first and foremost, is to clear my name. That is the only chance I have to work in radio again.”

Taylor took the stand on Thursday, August 10th. “He did not touch my rib, he did not touch my arm, he did not touch my hand. He grabbed my bare ass,” Taylor stated. “He stayed latched onto my bare ass cheek as I lurched away from him.” When asked if she was open to the possibility that it was someone else, she reaffirmed, “He had a handful of my ass. I know it was him. I could have picked him out of a line of a thousand.”  When asked if she could see the incident directly, Swift said she couldn’t see exactly because her “ass is in the back of her body.” Asked how she felt when she learned Mueller lost his job at KYGO in the wake of her allegations, Swift said it was “a product of his decisions, not mine.” “I’m not going to let you or your client make me feel like this is my fault,” she told McFarland. Elaborating further, she proclaimed, “Here we are years later, and I’m being blamed for the unfortunate events of his life that are the product of his decisions — not mine.”

After a thorough cross-examination from Mueller’s attorney, Gabriel McFarland, that included questions like, “Wasn’t Swift critical of her bodyguard, who was in the meet and greet, and didn’t prevent such an obvious assault?” She responded, “I’m critical of your client sticking his hand under my skirt and grabbing my ass.” But, McFarland said, Swift could have taken a break in the middle of her meet and greet if she was so distraught. “And your client could have taken a normal photo with me,” Swift countered, explaining that she chose to go on with the meet and greet because she has a responsibility to her fans.

On Friday, August 11th, Swift’s former bodyguard, Gregory Dent, testified under oath that he “saw him take his hand and put it up her skirt.” “I know I saw it,” the security guard said. “When [Mueller] went to put his arm around her, he put his hand under her skirt. I thought it was a violation of her body.” He described Swift’s reaction to the alleged grab, “She jumped away, moved closer to the woman, and proceeded with the meet-and-greet.” He cited Swift’s decision to keep the meet and greet going as the reason why he didn’t immediately intervene, “I take my cues from her in certain situations, so no, I didn’t jump into the front of the picture,” he said. He also elaborated that sometimes Swift said he was “too mean,” which is another reason why he didn’t intervene.

At press time, a decision has not yet been decided. However, the evidentiary portion of the trial is over. Mueller’s attorney has rested his case (the lawsuit Mueller filed against Swift, her mother and her management team arguing that they got him fired). But Swift’s lawyer, Douglas Baldridge, sought a ruling from U.S. District Judge William Martinez to throw out all or part of Mueller’s lawsuit against Swift before it goes to the jury. The judge said he would rule later Friday.

Fans have rallied behind Swift.  The official hashtag for the trial, #TaylorSwiftTrial, contains tweets of highlights and testimonies from the trial by various reporters.  Many have praised Swift for her fierce, unwavering testimony on Thursday.  An office across the street from the courthouse also posted messages of support in their window display:

Ultimately, the decision in this trial will serve as one to help women all over the world come forward about their sexual abusers, or it will further encourage women to hide the fact that they have experienced sexual assault.  Taylor Swift’s fame undoubtedly sheds light on this prevalent issue and as she said, she hopes this case will encourage women to bring their abusers to justice.  Time will tell if Mueller is brought to justice.

As of Friday, August 11th, the judge has thrown out Mueller’s case against Taylor Swift in groping trial, saying he can’t prove the pop star got him fired. The lawsuit of the alleged groping is still active and the outcome will most likely be decided on Monday, August 14th.

2 thoughts on “The #TaylorSwiftTrial: Everything You Need To Know”