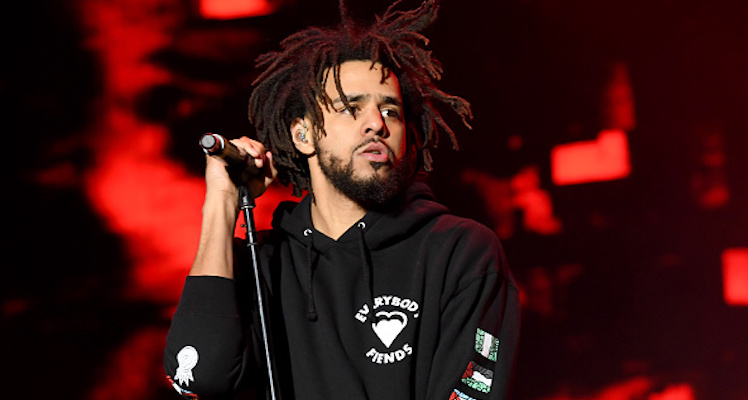 The first time I ever heard J. Cole was when I listened to his song “Workout” back in 2011. However, I actually didn’t become a fan of his until some years later when I finally understood his character and what he represented. His mixtape Friday Night Lights was the project that would perfectly articulate the emotional journey of being young and hungry for success while learning how to maneuver the world. His music completely captured my attention and gave me so much insight on what I would be facing during my years growing up. It was amazing watching J. Cole accomplish his dreams and cultivate such a large fan base, especially as a college student. Having an artist speak to me in a way no other artist has before was truly a breath of fresh air.

Looking back, it makes total sense why his last two albums went platinum without any features. Unfortunately, I did not particularly enjoy 4 Your Eyez Only. It bothered me to think that his newest project missed the target, especially since we went two years without hearing any new music from him. Upon listening the new album, it was apparent that he chose to go a different direction with his career. Not surprisingly, his whole appearance changed and his music sounds very different. Although I don’t know for sure, it seems as if he is just uninspired or lazy with this new release. When I was asked to go see him live for his 4 Your Eyez Only Tour I was super skeptical because of how disappointed I was over the album. At the same time, I didn’t want to miss out on this experience so I decided to go.

His artists Ari Lennox, J.I.D., and Bas opened up for him. Their sets were short, sweet and filled with great energy. Our seats were to the right of the stage and it was awesome seeing Dreamville interacting with their fans after performing. Then, J. Cole came out and performed in the middle of the coliseum wearing an orange jumpsuit, escorted by police. I’ve seen videos of this introduction online, but seeing it in person felt like I was watching WWE. When he said he would be playing the entire album front to back I felt a pang of disappointment since this was not the Cole I’d grown to love. However, I’ll admit that I was very impressed.

Cole played these new songs with enthusiasm, unlike the recorded versions, but he also had entertaining effects and visuals to go along with the music. It was an astounding experience overall, and I was so surprised of the energy he had considering how I felt about the album. Between songs he would even take moments to talk to the crowd and got deep on how everybody in the coliseum was on the same frequency since we were all hearing the same sounds.

I was so glad that he also performed a few older hits, which he sprinkled into his set, including “Nobody’s Perfect,” “Lights Please,” “Can’t Get Enough,” “Wet Dreamz,” and “Power Trip.” I loved witnessing him perform these throwbacks since I wasn’t able to attend his shows while he was just first coming up as an artist. For me personally, J. Cole’s show was one of the most artistic concerts I have ever been to so far. Once again I find myself excited to watch where J. Cole goes next in his career. Hopefully I will have the honor of seeing him perform live once again.