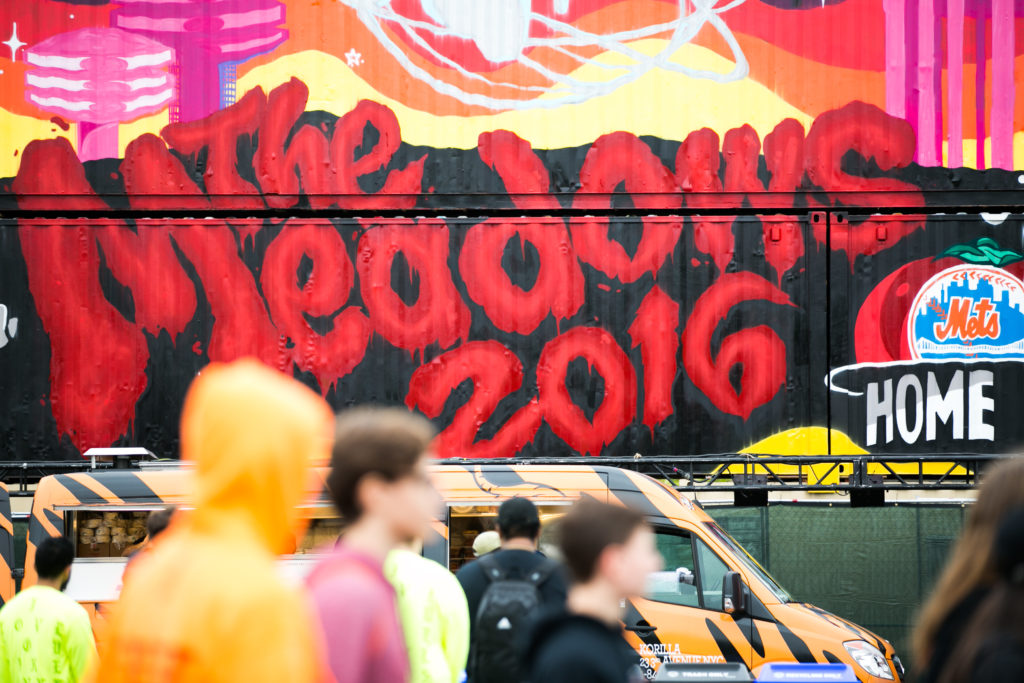 Good news! The Meadows, now a second year festival, is coming back to Citi Field in Flushing, New York this September! Taking place September 15th-17th, the festival brings forth some of the biggest acts in music and the most to-die-for selection of local eats (FYI, Queens is a total foodie spot).

Something you probably didn’t know about The Meadows Music and Arts Festival is that it’s produced by the geniuses behind another one of New York’s famous fests, Gov Ball! Even though this is only Founders Entertainment’s second year producing the festival, they’re complete pros who know how to bring a killer lineup, unique art, and of course, stellar food.

The lineup this year is very prestigious and adheres to a wide range of music tastes. Jay-Z, The Red Hot Chili Peppers, and Gorillaz are the headlining acts. Some other artists playing that weekend include Future, Foster the People, Weezer, Tegan and Sara, 21 Savage, Nas, and Run the Jewels. You can check out the full lineup HERE:

And if you’re wondering why I keep talking about the food, it’s for good reason! Some of the trendiest and tastiest vendors will be participating in the festival this year. The Infatuation and the FEASTival of Queens (curated by Joe DiStefano aka “The Guy That Ate Queens”) are two of the biggest food features of the festival. Some of my personal favorites include Roberta’s Pizza, Big Mozz, and DŌ. However, by no means are those all of your options. The full food lineup was just announced. Check it out:

We hope to see you all there September 15th-17th! If you don’t have your tickets yet, you can purchase them here! And remember… if you’re not completely sold on going for the music, do it for the FOOD!