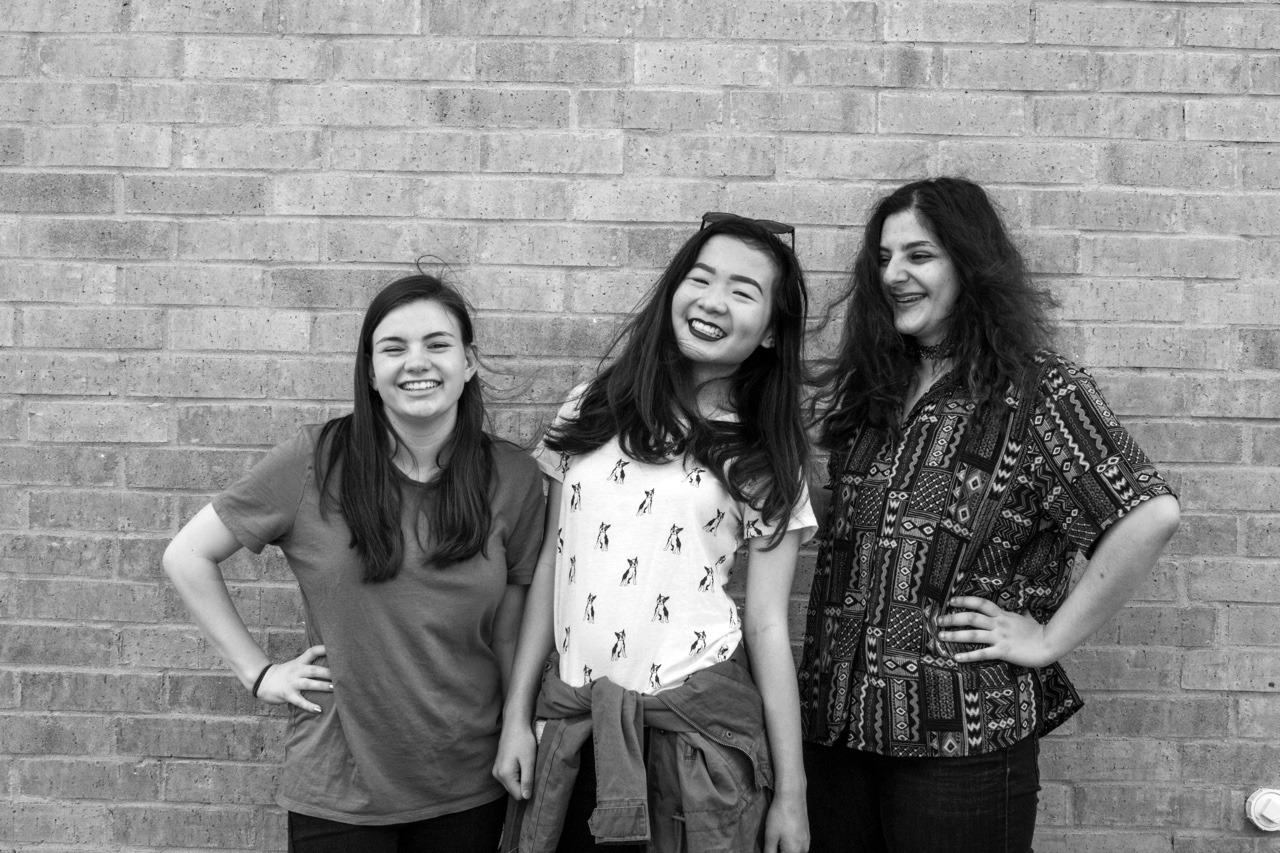 After years of worshipping the likes of All Time Low, My Chemical Romance and Neck Deep, the teenage girls behind Play The Ace decided to come forward and create their own sound within the pop punk music scene.

In the last year, Iris (vocals/guitar, Molly (bass) and Dena (drums) have released hundreds of covers on their YouTube channel. This past spring, the band released their debut EP, All My Friends Are Ghosts, and have been making a name for themselves in the local Dallas music scene. Recently, we spoke to the girls about their inspirations, their music and what’s next for them.

What inspired you to start making music? Who are some of your current inspirations?

Iris: For me personally, I was going through some dark times and music really helped me through that, so I wanted to be able to help others like that too. Also now we get into local shows for free, and who doesn’t like free concert tickets haha.
When we first started, the more popular bands like My Chemical Romance, All Time Low, Panic! At The Disco, etc. were really big inspirations for us. Lately we’ve been taking a lot from less known bands like State Champs, Neck Deep, Brand New, etc.

You seem like a very girl-power group and it’s very awesome to see that in today’s music. What made you guys go in the all-female direction?

Molly: Honestly, we just started as a friend group that just happened to be all girls and kind of started to take pride in that as we grew.

Iris: Even though it wasn’t intentional, it’s given us a really cool platform to speak up about women’s issues in music like sexual harassment, inequality in the industry, etc.

Your debut EP, All My Friends Are Ghosts, came out a few months ago. What drew you guys to name that the EP?

Iris: The title All My Friends Are Ghosts came from a line in the last song, “All Is Well”. Honestly, it was a super last minute decision. We’ve had the EP planned out for about 2 years now, and it was originally going to be titled “Buzzkill”. When we first came up with that name we thought we were super cool and punk rock, but after finishing the EP, we didn’t feel like it fit well with the themes in the EP and we just weren’t feeling it anymore. All My Friends Are Ghosts kind of centers around growing up and the changes in friends and relationships that come with it.

If you could collaborate with anyone, who would it be? Whether it’s actually performing, writing or even touring; any dreams you’d like to achieve?

Iris: All Time Low, hands down. We went to an All Time Low show together in 2014 and we came back from that show and just said “We need to start a band.” Being able to play a show with them would be a total full circle moment for us.

If you could plan a dream year out for the band right now, what would it look like?

Iris: We love playing shows and meeting people, so lots of traveling around the country and getting to meet our fans.

What’s next for Play The Ace? Any new music or shows in the works?

Iris: We’re definitely planning on releasing some new music and we do have some shows coming up soon. As of right now, we’ve got a headlining show coming up on August 26 which you can learn more about on our website and all of our socials!

Anything else you would like to tell the readers?

Dena: We would like to thank the people who stood behind us like proud soccer moms. We’re Play The Ace, and if you don’t know us, you should probably check us out or our soccer moms will come after you.

Check out Play The Ace on Bandcamp and Spotify now!