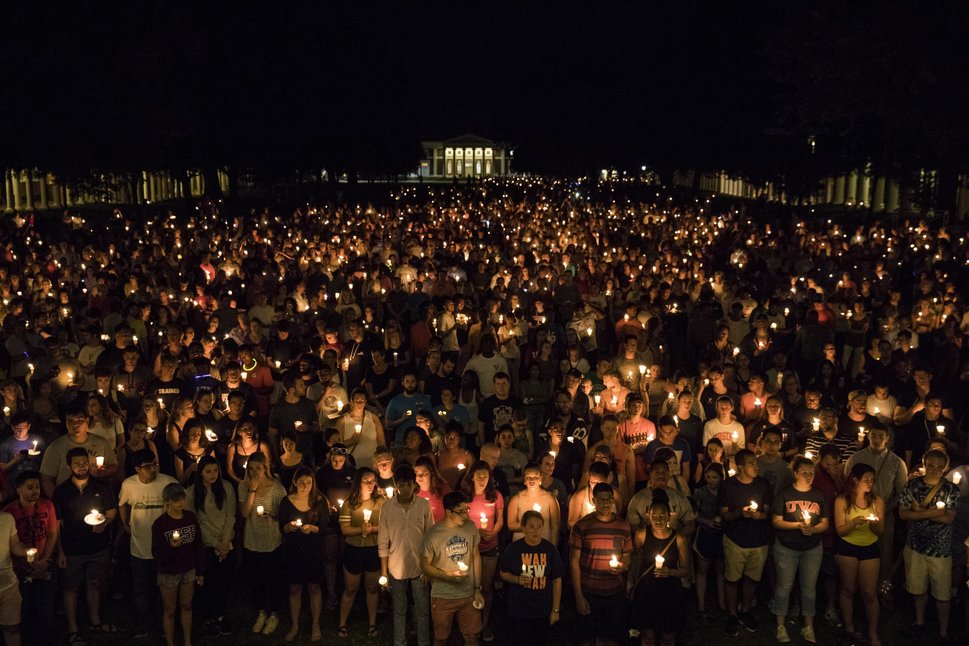 It’s hard to believe that after all of the progress we’ve made as a nation over the course of several years, that nazism would once again rear its ugly head in our streets. For reasons beyond the comprehension of most well-intentioned people around the world, just last weekend we watched in disgust as proud neo-nazi’s and members of the KKK boldly marched through Charlottesville, Virginia with flags symbolizing the utmost hatred for people who don’t identify as “white nationalists.” We were left in total bewilderment. Is this what 2017 really looks like? Because to many of us, the images appear eerily similar to the ones we’ve seen come out of Germany in the 1930’s.

Of course, as a nation we have never been naive to the fact that many different extremist groups exist throughout our country. Typically, we know they exist but find some level of comfort in the fact that they usually do not impact our every day lives. This time was different. This time they felt confident enough in their cause to unmask themselves, step out into the light, and ferociously chant despicable phrases like “Jews will not replace us,” “Blood and Soil,” and, “F–k you, F–gots!” They were insistent on the fact that they didn’t start the violence, but made it clear that they would “f–king kill people if they had to.” Many even went as far as to express joy that an innocent protester, Heather Heyer,  was mercilessly killed on that day.

Upon learning of the devastating news coming out of Charlottesville, many different communities spoke out to firmly denounce this sort of hatred in a country that’s supposed to be founded on freedom and equality. The music community, for example, rushed to speak out as quickly and as clearly as they could, many of whom identify as Jewish and felt personally attacked for their faith. Check out what some artists had to say about the recent events HERE:

These morons look like they're en route to a f**king luau @laurenduca pic.twitter.com/kmKph486bX

We have nazi sympathizers and white nationalists in the White House. Condemn them too. They should not be receiving taxpayer money.

I pray a true leader will rise to expel hatred from America. This is not US! This is Anti-American #ThisIsNotUS #Charlottesville #BeKind

this is horrifying…. hatred, racism and violence have no place in our society… this is not America 💔💔💔💔💔💔💔#Charlottesville

Your voices will get hoarse. Your torches will run out of fuel. And you will crawl back into your intolerant nothingness. #charlottesville

My ❤️ is w the good people of #Charlottesville, the peaceful protestors & victims of this horrific act. What a devastating & shameful day.

Also, on Facebook, Regina Spektor shared this message with her fans:

My heart is breaking on tour… I am in Berlin where after a dark history, it is illegal to be a Nazi or say hate speech…

Please read this little note if you have a minute, and watch this montage…

If you supported Trump but now are realizing that he allowed a tremendous amount of white supremacists into the White House and empowered hate groups- please speak out against him to family, friends and the community at large…

It is showing itself to you… please let’s wake up to the horrible prejudice and the nightmare that has fallen over the United States of America.

As a refugee, I have promised to protect and fight for my country when I was sworn in as a citizen. I was a teenager then.

As I held up my right hand, I never dreamed of the hate speeches and the normalizing of institutionalized prejudice that would be falling over the land in such a short time. The haters coming out of the shadows, and being empowered.

I am devastated by this, but I know that my crying my “liberal tears” (what a title- it lacks empathy and kindness…) doesn’t do very much. But I still cry.

I hope that more and more people who didn’t realize that electing Trump would usher in this era of darkness wake up to it and demand that the politicians who represent them stop allowing these viruses of ignorance to be spread among the people.

They are evil and dangerous and misinformed.
The good old days were very horrible for many people…
We are with you- the students, the peaceful protesters, the minorities, the fighters for equality, freedom, and the ideals written so clearly on the Statue Of Liberty…

“From my beacon hand glows world wide welcome” she says…
“Give me your tired, your poor, your huddled masses yearning to breathe free” she says…
“I lift my lamp beside the golden door” she says…

I am grateful to be an American, and I will try to keep that “golden door” open and welcoming and safe, for the next generations…

Love and so much peace and good wishes,
regina