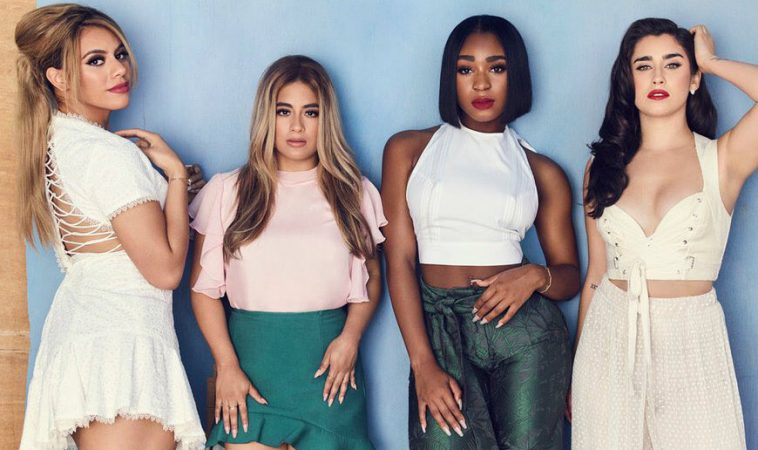 Last week, Fifth Harmony dropped a buzz single from their upcoming third self-titled album, Fifth Harmony, dropping August 25th. “Angel,” the Skrillex and PooBear produced song, features equal vocal distribution from Fifth Harmony’s four members, Lauren Jauregui, Normani Kordei, Dinah Jane Hansen, and Ally Brooke Hernandez.  The girls take turns singing the chorus, “Who said I was an angel?/When you look at me, what do you see?/Open your eyes, I’m more brilliant than you’ll ever be/Who said I was an angel?”  The song is about a relationship filled with unrealistic expectations.

The song is a bass-heavy dance track with Skrillex’s production written all over it. Normani takes the first verse with lines like “We was just a moment, nothing serious/Never really paid you no mind/Dropped a bag, started paying attention/Should’ve never,” while Lauren takes the first pre-chorus, “Gotta keep it on one hundred with ya/The original me wouldn’t fuck with ya/And I was beginning to fuck with ya.”  Ally takes the second verse, with lines like, “Yeah, won’t lie and say I don’t lie/Yeah, I might’ve told a few lies, yeah/Won’t lie and say I didn’t try/But you’re only worth a few tries, yeah,” and Dinah takes the second pre-chorus, a re-hash of what Lauren sang in the first pre-chorus.

The most interesting part of the song is the breakdown after the second chorus, which the girls collectively sing.  The beat drops and it has a classic Skrillex sound; this is the most jam-worthy part.  The girls sing over the beat, “I want it, I want it, oh oh, I want it, ah ah.”

The accompanying music video, directed by David Camarena, has a retro feel to it. Featuring the girls in neon lighting, the video is a definite departure from anything Fifth Harmony has previously released, in a good way. The video is one of their best and shows the group at their most mature and most capable following former bandmate Camila Cabello’s departure last December.

Arguably, “Angel” is a better song than their lead single, “Down.” In my opinion, it should’ve been the lead single from Fifth Harmony.  “Down” isn’t a bad song, but its structure is very similar to the group’s biggest hit with Camila Cabello, “Work From Home.” “Angel” shows the group’s progression as a quartet, and it will win over new fans while continuing to please old ones.