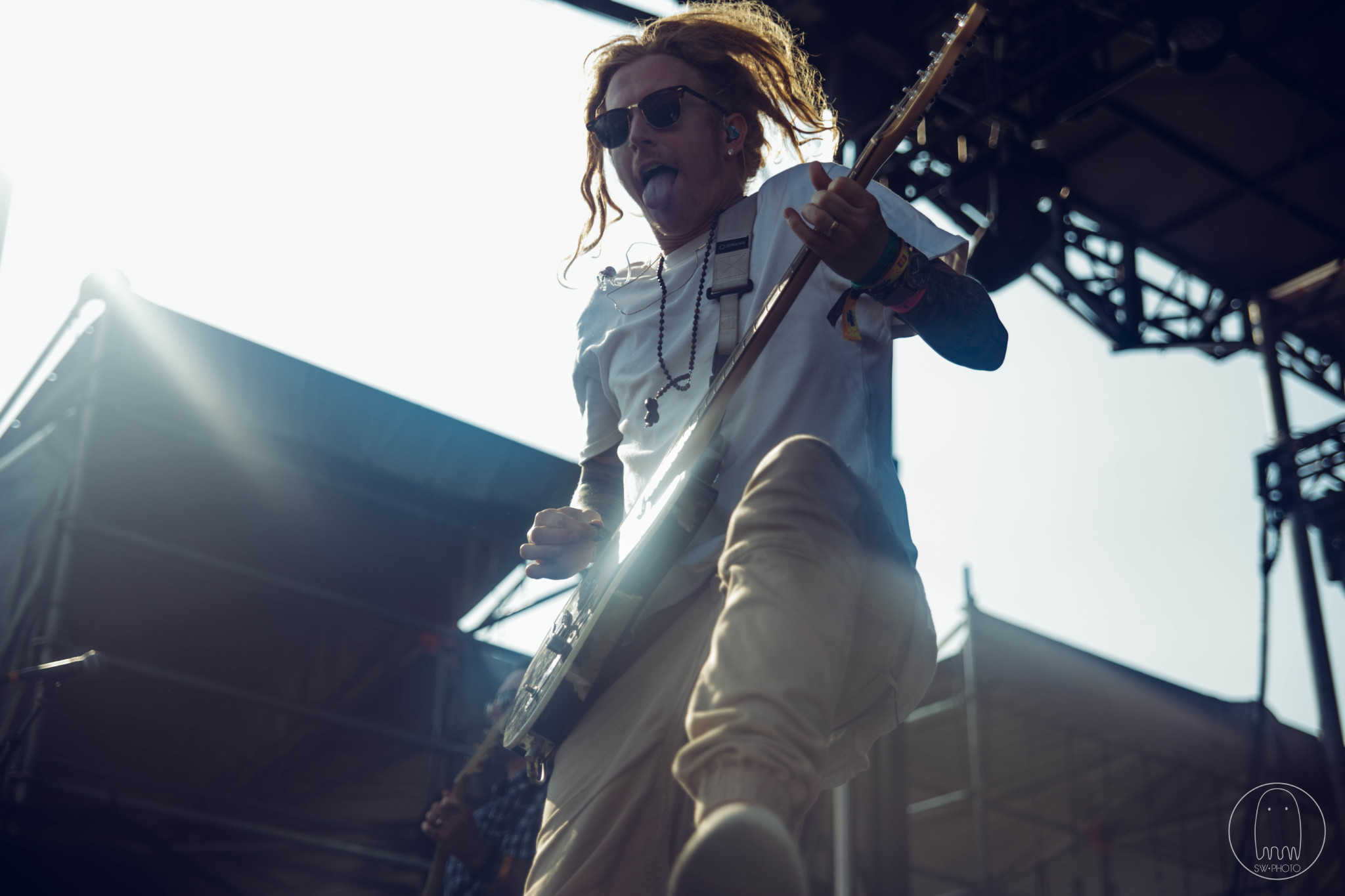 By: Amanda Meyer//
Photos By: Sarah Waxberg and Ryan Ferreira//

For a little bit over ten years now, We The Kings have been rocking out worldwide with hits like “Check Yes Juliet,” “We’ll Be a Dream” and “Sad Song”. From world tours, to the Vans Warped Tour and small club venues, this band has seen it all. This year marked the tenth anniversary of their self-titled album and I recently caught up with Coley, Charles and Hunter to discuss it, along with the last ten years as a whole, at Billboard Hot 100. Read all about what the guys think about the last ten years and what’s up next for them!

So, obviously, this year is a big one for you guys! It’s been ten years since the self-titled. I know lineup changes happened here and there, but you guys did the ten year tour earlier this year. How was all of that?

COLEY: The ten year tour was awesome! It was nice to play some of those older songs.
CHARLES: We’ve seen some fans we haven’t seen in a long time!
HUNTER: Good times, yeah, those songs have some old memories too. So it was awesome playing some of those! In certain venues that we played forever ago, it was pretty awesome and kind of nostalgic in the same sense.

A lot of sold out shows too!

HUNTER: Yeah, I’m thinking maybe there were one or two that weren’t.
CHARLES: It was 90% sold out the whole tour.

So you guys started releasing remixes of the old songs. Some are EDM-ish, some are acoustic. What was the reasoning behind that?

COLEY: Something fresh on something old. You know, we didn’t want to redo the songs the same way, we just wanted a new spin! The classic songs were as good as they were, but both versions speak for themselves.
CHARLES: And then we’ve got a new song coming out, after all of the remixes, and then we have a brand new song!

Are you guys rereleasing the album as a remixed album?

HUNTER: The album’s going to be released as a whole remix and then we’re going to put out new music, obviously!

Cool! So you guys have done a lot of festivals and tours in the past. This one [Billboard Hot 100] is a little bit different. You guys used to do Warped Tour a lot and Bamboozle, so how is it being on a more mainstream festival?

HUNTER: It’s very similar. Similar in the way it’s set up and all that, yeah. But as far as the artists, yeah this is…
CHARLES: This is brand new for us.
HUNTER: It’s cool, you know, to be thrown into this shit.
CHARLES: We may be the only rock band kind of here!

It’s definitely really cool. What’s next for you guys, aside from the remixed album?

HUNTER: Just writing music and releasing music. I think we’re going to do some college shows this fall and then hopefully we’re starting the new year with new tours.
COLEY: Some overseas traveling!
HUNTER: Yes, some overseas travel!

Anything you guys would like to add for the readers?

COLEY: Thank you so much for the support!
HUNTER: The family of We The Kings, getting us through ten years of being able to do this is pretty incredible and..
CHARLES: We wouldn’t be able to do it without our fans!

We The Kings just dropped a remixed version of “Skyway Avenue” and you can check it out on Spotify and iTunes!