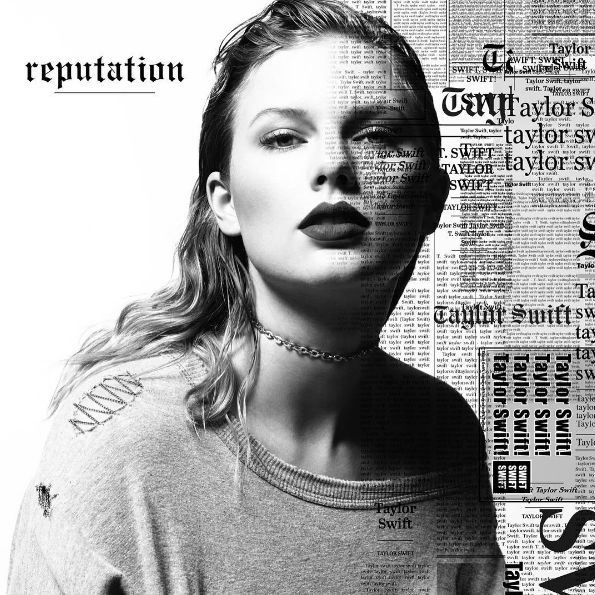 Pop Emergency! Taylor Swift blacked out her social media channels this week, leading everyone to believe that she would announce her comeback single.  Swift hasn’t released new music since 2014’s 1989.  She also posted three videos on three consecutive days, each one depicting a snake.  The videos of the snake led many fans to believe that the first single from the album would have something to do with the fact that many people have branded her as a “snake” in recent years.

On Wednesday, August 23rd, Swift revealed her upcoming album title, Reputation, its cover, and its release date, November 10th across her social media channels.  According to a press release, live versions of the album will be available to fans, each containing an exclusive double-sided poster with new photos of Swift. A special Target edition will also be released that contains around 70 pages of exclusive content. Swift has also made the album available for pre-order at her official website’s store, where she is also selling snake rings. With a purchase of any merch item, the buyer is given a chance to get Ticketmaster VerifiedFan tickets for Taylor’s upcoming, yet-to-be-announced tour.

The first single from Reputation, “Look What You Made Me Do” dropped just before midnight on Thursday night, August 24th and shot to number one on the iTunes charts rapidly.

“Look What You Made Me Do,” co-written and co-produced by Jack Antonoff, who produced several tracks from 2014’s 1989, is perhaps the darkest Swift single yet.  The cryptic track calls out her haters without specifically naming anyone. With a pre-chorus of “I got smarter, I got harder in the nick of time/Honey, I rose up from the dead/I do it all the time/I got a list of names and yours is in red underlined,” Taylor is out for blood.  Seriously, “Look What You Made Me Do” makes “Bad Blood” look like a nursery rhyme.

The chorus is a simple rendition of the phrase “Look What You Made Me Do” sung repetitively; I hear similarities to Meghan Trainor’s “Me Too” and Right Said Fred’s “I’m Too Sexy” in the melody (once you hear these, you won’t be able to un-hear them)!

Swift addresses her past controversies in the media and its obsession with her in a verse, “The world moves on, another day, another drama/But not for me, not for me, all I think about is karma/And then the world moves on/But one thing’s for sure/Baby, I got mine, but you’ll all get yours.” Swift knows she was caught in a lie when it came to the drama between her and Kanye West over his song, “Famous.” In this verse, Swift seems to address that when Kim Kardashian exposed her phone call with Kanye on her Snapchat, she was handed a big batch of karma.  However, she believes that the two of them are in for their own dose.

“I don’t trust nobody and nobody trusts me/I’ll be the actress in your bad dreams” Swift sings repetitively in the bridge, then pauses and says, “Sorry, the old Taylor can’t come to the phone right now. Why? Oh. ‘Cause she’s dead.” Bring on Taylor Swift’s dark era.

So, can the new Taylor Swift please old fans AND reel in new ones? I, for one, am eager to find out.