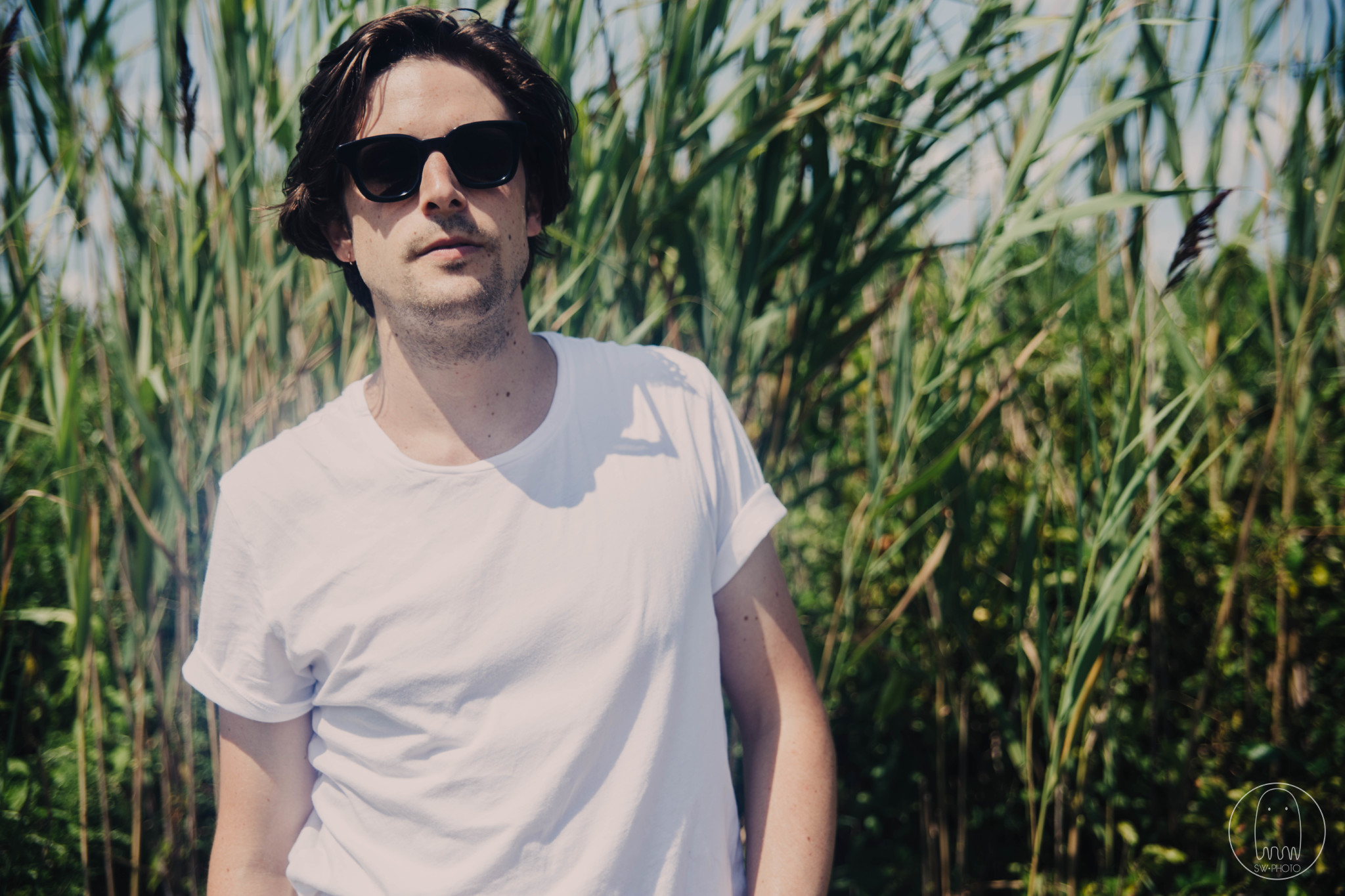 At the Billboard Hot 100 Music Festival, we got the chance to meet with Ryan Egan, a New York-based singer, producer and multi-instrumentalist who has created and produced every single detail on his upcoming EP, Fever & Bloom. The EP, which is due out this fall, draws inspiration from some of Ryan’s most revered idols, including Prince, Stevie Wonder and more. Here, Ryan talks about the moment he knew he wanted to pursue music as a career, where he draws his inspiration from, and who he dreams of working with in the future.

We read that you’re based in New York City. Do you feel that being in the city has influenced your sound at all?

Definitely not directly, but certainly indirectly… you know, being somewhere for 5 years and you know, just bouncing around the city and playing in various different musical projects and just working in the venue circuit. I think it definitely influences things and meeting people that play music in the scene. There’s just a certain hunger and ambition amongst musicians, but also just people that are sort of hustling within New York City, as well as outside influence from international people that help you recognize every day how dope the city is and so I think indirectly it inspires me and I’m really in love with the city so I’m very happy where I am and I’m able to comfortably create on a daily basis because of that.

When did you first know you wanted to pursue music? I know many musicians recall having some sort of epiphany, but what was it like for you?

I think there’s a line of epiphanies over time, and definitely my first epiphany was just like how I think a lot of people are exposed to music, in school band when you’re a kid, and I saw someone playing a drum set and I immediately wanted to be a drummer, which is definitely a part of my musicianship now but eventually I came to just connect with singing and songwriting and that’s my primary outlet creatively, but drums and various other instruments have kind of stuck with me and have been a big part of my day-to-day creative life so that sticks with me. I remember that day, you know, watching that kid play the drums like, “holy shit, this is incredible.”

Which artists, if any, do you feel most influenced your sound on your upcoming EP?

As far as sound I think I have a lot of like lifelong influences from Stevie Wonder to Prince to D’Angelo, and a lot of people like that, however, a lot of modern music for sure as far as production, from Tame Impala to Unknown Mortal Orchestra to Beck, and you know, just more stuff like this that definitely influenced me in part because I was also playing and arranging everything on the record, so not working with other musicians and sort of pulling from my own musicianship on various instruments, I was totally inspired by multi-instrumentalists like a lot of those songwriters— you know, Prince and Beck… people who play everything on their records.

What inspired your most recent single, “Easy To Lose?”

I think it’s like a fun song, it’s a funky song, but it does have a darker tone and just like in the title, “Easy To Lose,” it’s sort of like speaking to a friend or a loved one who you maybe at some times have a rough patch and feel like they’re taking you for granted or something, so I think it’s sort of a statement, like treat me right. Look at how I treat you and don’t take it for granted because this could all change at some point or you could lose me, so that was the inspiration there.

You mentioned before that you write, produce and play every instrument on your record. Would you consider in the future working with other writers or do you think that would maybe take away from the authenticity of your work?

More than consider I really want to just because I think that while the course I’m on right now as far as producing music and recording music is a necessary path for me and something I’ve been striving for for a long time, I think at a certain point I will pigeonhole myself and sort of close some creative doors that I could have opened at a pivotal time of recording music. For instance, yeah, I do write with other people for fun and I do have friends that I write with a lot, so that’s a great outlet, but also the band that I play with live for all of my music, it’s super inspiring to see these other incredible players take on my music and reinterpret it in a way I can’t possibly do myself because this is all their personalities and musicality being voiced, so I look forward to working with them in a studio context as well.

Alright, so they’ve got to be alive. Man, I don’t know. I have to think on that one.

I mean, it could be someone that’s dead too.

I think then 100% Prince. Someone like that who is just oozing musicality and has an endless flow of creativity, and also I’m very inspired by that never ending flow of creative ideas and writing for other artists, so I really dig that, and yeah, any other artists who are kind of on that path where they’re so behind the scenes yet such a public artist in their own right, like you know them for their music but they are performing themselves and releasing themselves, yet they’re working with everyone else because they can. You know? They have this capability to just pump out music on a daily basis, and also pump out so much material that you can share it and not be so precious about it and say, “I love this song but it would be so beautiful to hear so-and-so sing it.”

I had one more question for you about who you’re excited to see perform this weekend but I think you mentioned you have to catch a flight to Paris.

Yeah, I won’t be seeing shit.

It was great talking to you and thanks so much for answering all of our questions!

Thank you! It was great talking to you too!