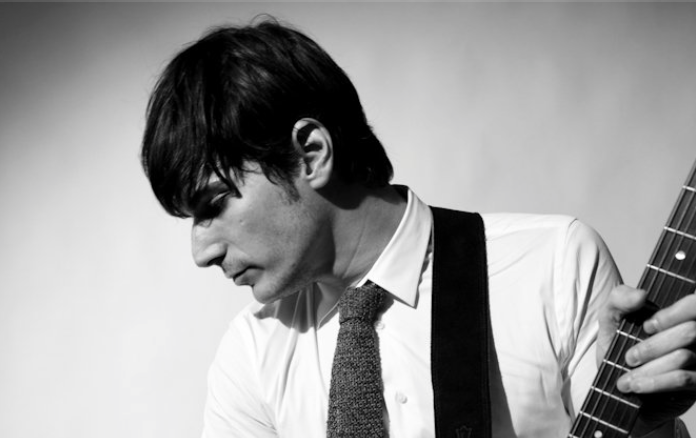 New York-born Carl Gershon has spent his entire life honing his musical craft. Carl not only writes and co-produces all of his songs, but also performs all the vocals and instruments—namely guitar, bass, synth, drums, and saxophone. He puts a modern twist on classic ‘80s sounds, has toured as lead guitarist in several bands, and is now branching out as a solo artist. His educations at Northwestern University and the School of Audio Engineering NYC prove his dedication to perfection in his music, and the results are in his work.

What is your writing process like? You’ve said you like to reflect on past experiences and interpret them in your songs, can you expand on that?

Typically I will start with a blank pro tools session and start going through synth sounds until I start having fun with one.  I usually have a few melodies and a few words that I have saved in voice memos on my phone and try to match something up from there.  If nothing matches I just come up with something new.  Once I have the basic chords and have started the lyrics I kind of build from there.

What are you currently working on?

Currently in the studio working on a lot of new music.  Also have some videos in the works that will be out soon.

When did you start making music?

My first instrument was alto and tenor saxophone when I was 7.  I’ve recently been reconnecting with and learning the instrument again.  It’s been showing up on recent recordings of mine.  My love is guitar which I started when I was 12.

You’ve said you like to combine an ’80s feel with modern tools, can you elaborate on this?

I love synths and loud drums and guitar solos.  I love using a computer to record and produce because I can work anywhere and then open the same recording session in any studio very easily.  Always looking for new gear and gadgets to make things sound better or be more mobile.

How has your education benefitted your music?

At Northwestern, I graduated with a major in film from the School of Communications.  Film scores and soundtracks have had a great influence on how I arrange music to create the mood to support the story in the lyrics.  After college I went to the Studio of Audio Engineering which gave me the skills to record on my own as well as work better with other engineers and producers. Not only when in the studio, but when I bring something to them or bring something home to work on it further, it’s done properly and we just keep working.

Who is an artist you’d love to collaborate with?

Would love to do a song for a soundtrack with Giorgio Moroder.

What inspires you, lyrically, conceptually and musically?

Lyrically, mostly things that have gone on in my life or that I have seen go on in my friends’ lives. Musically, I try to pull from everything from my recordings to music in film to music I hear when I travel.

What have been some of your favorite experiences touring?

I haven’t toured as a solo artist yet, but when I was in bands the best part was playing music and hanging out with my friends.  The way I am doing it now can get a bit lonely.