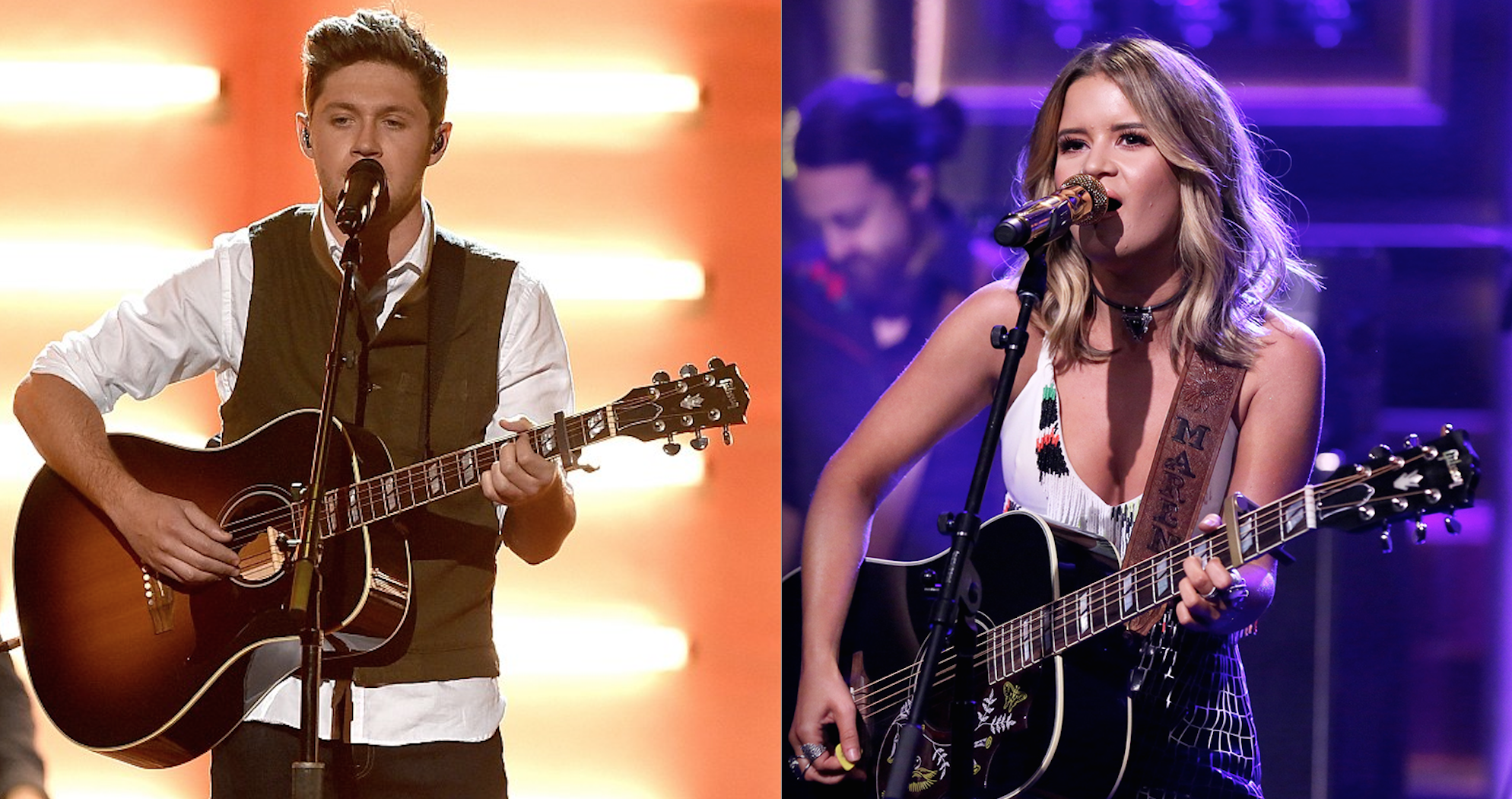 It’s a strange thing when a new song comes out featuring an artist and you’re left wondering how exactly the song came to be. How did the main artist link up with the featured artist and decide to include them on their song? Although it’s easier to understand how collaborations come to be when artists stay within their genre, often times musicians look to feature artists outside of their genre in order to create something different than we’ve ever heard before, and it works! Check out these 5 unlikely collaborations that have truly created magic together!

Although the song has yet to be released, it was announced earlier this month that the former One Direction crooner would be including a collaboration with country star Maren Morris on his upcoming debut solo album. The song is called “Seeing Blind,” and if you’re wondering how these two decided to collaborate, the whole thing happened pretty naturally. Niall simply sent Maren an email asking if she would be willing to collaborate on his track and she gladly accepted the invitation! Although Niall’s not a country artist, his soft, acoustic vibe is sure to blend very well with Maren’s sound and I can’t wait!

Some people were a bit skeptical when this country duo and R&B singer collaborated, but the Remix of Florida Georgia Line’s hit song “Cruise,” featuring Nelly became very popular immediately upon release! In fact, Nelly even toured with the country duo afterward!

I’ll admit even i was confused when this song was announced, but it has become so popular and has even been featured in the film, Fifty Shades Darker! Not to mention… it got TONS of radio play!

The “I Will Never Let You Down” singer’s collaboration with Breezy was slightly different from her other singles given this unique collaboration, but it’s definitely jam worthy and remains one of our favorite projects from both artists!

Lionel Richie didn’t just do one country collaboration… instead, he has an entire album collaborating with country artists including artist like Blake Shelton, Tim McGraw, and Shania Twain! We love that he decided to go ahead and try something he’s never done before. To all other artists: take notes!