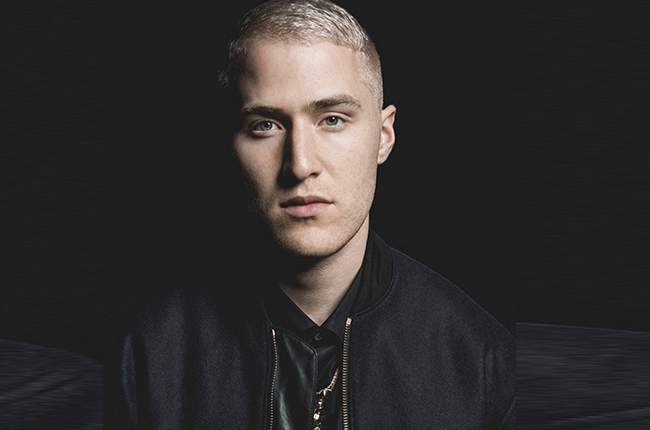 There’s no doubt that Mike Posner has built a familiarity with his name in mainstream music today. Although most will recognize him for his hit songs like “I Took a Pill in Ibiza” or “Cooler Than Me,” many people are unaware of just how multifaceted Posner actually is. Since his most recent album, At Night, Alone, he has wholeheartedly constructed his own book of poetry titled Tear Drops and Balloons, and co-produced his new band’s self-titled debut album Mansionz alongside singer/songwriter Blackbear. With so many creative ideas up his sleeve, he has now decided to start up an iTunes podcast for his fans!

A few weeks ago, Posner released the first episode of his new 10-episode podcast series titled What Does This All Mean? In this philosophical yet honest series, he explores “what it means to be human.” He touches on personal stories with his family as well as themes of life, death, health, and happiness. He challenges us all to live life to the fullest with his words of wisdom:

“At some point, I realized that I had a list of things that I was going to get to ‘when I was done being popular.’ Do you have a list like this? A list of things you actually WANT to do when you’re done doing what you HAVE to do? My father’s death reminded me of my own mortality and inspired me to stop waiting to embark on the life I actually wanted to live and start asking the question, ‘what does this all mean?’”

In the very first episode titled “Happy Father’s Day”, Posner uplifts you instantly with warm “Yo! Yo! Wanna wish all the fathers out there a happy Father’s Day.” Right off the bat, Posner’s casual tone makes you feel as if you’re catching up with an old friend. He starts out the podcast by mentioning that this is his first Father’s Day he’s experienced without his father, who passed away in January of this year. Recently, he had returned home to Michigan for a friend’s wedding and decided to stop by his father’s gravesite on Father’s Day. Posner claims that once he left the grave site he could literally feel his father’s intense energy and love all around him. This spiritual encounter left him revisiting all the memories his father left behind for him. He then emphasizes that he does not want anyone to take pity on him, but for everyone to learn from his story. Cherish the limited amount of days left with your family, friends, and even yourself. Nobody truly knows their own fate, so you should constantly be expressing gratitude toward the ones you love.

Mike Posner makes a great example of why artists shouldn’t limit themselves to just one platform (such as music). Some artists want to be a part of something bigger than themselves, and help spread a direct and meaningful message. Posner is a very passionate and poetic character and the point of this new project is to share the insight and wisdom he has learned throughout his journey. This podcast will showcase the more personal and vulnerable side of him and strengthen the relationship he maintains with his fans. It’s refreshing to see that despite all of his fame and success, Posner continues to carry himself as a normal and relatable person. He hopes to inspire anyone and everyone who’s following along.

“I’m recording my explorations of this question on a podcast….in the past I used to hold onto all the insights I’d gathered for myself. It was a way to think of myself as better or more enlightened than other people. I was selfish. The point of this podcast is to break this cycle and SHARE whatever insight and wisdom I stumble upon on this journey. I love you and onwards.” – Mike Posner

If you’re looking for some guidance on a deep journey of self discovery, be sure to subscribe to Posner’s inspirational podcast What Does It All Mean? which is available for free here.

One thought on “Mike Posner Has Been Working on a Surprising New Project and You Need To Check It Out!”