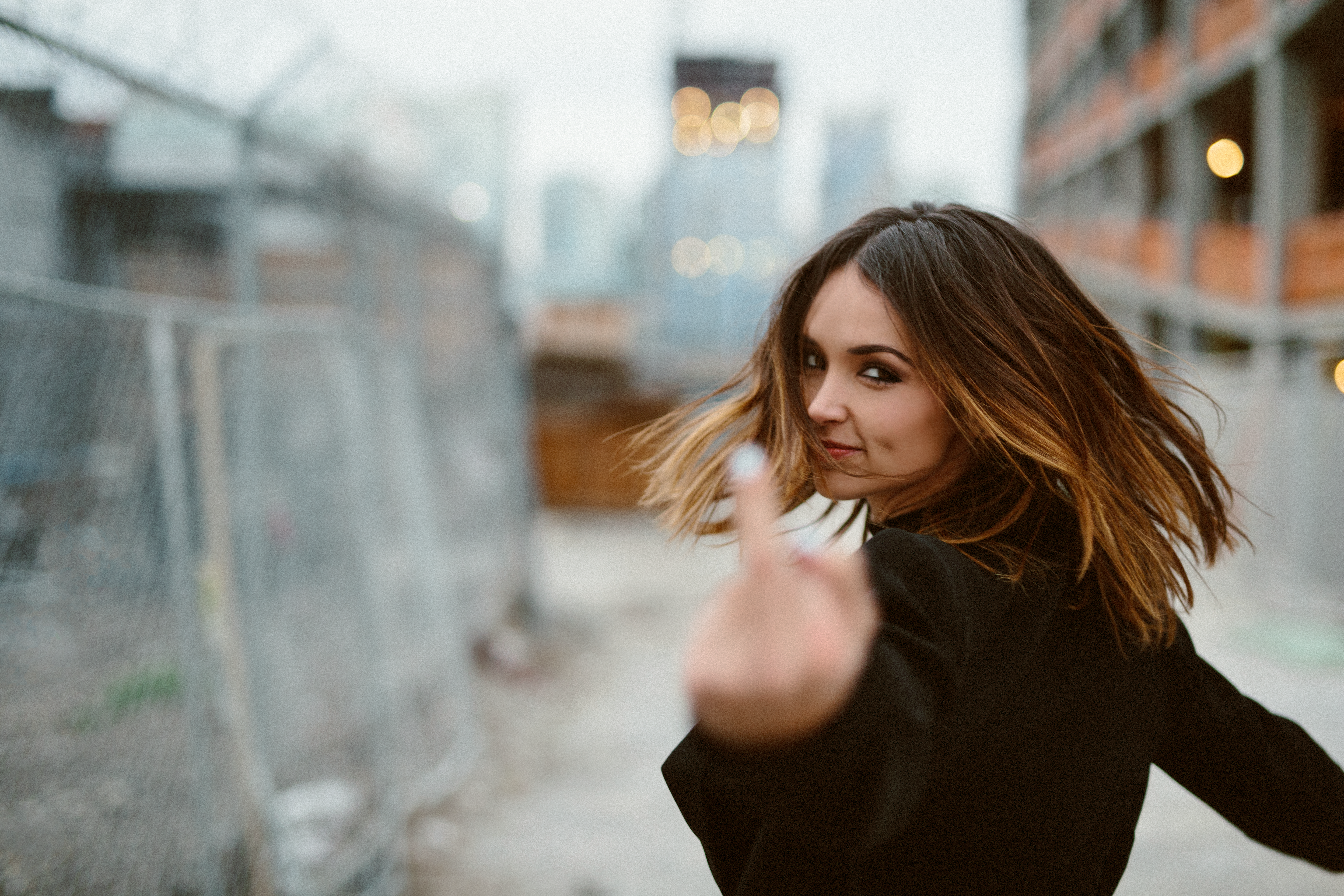 Making her debut as Taylor Swift’s backup singer, Liz Huett is now ready for a solo career! Her effervescent pop single “STFU & Hold Me” recently dropped, which Liz co-wrote with her producers The Futuristics. She is working on the music video for the song, which will be released soon, and currently has a lyric video. Liz first met Taylor Swift at a meet and greet in line for one of Taylor’s performances. Several months later, Liz moved to Nashville to pursue singing and ended up auditioning to be Taylor Swift’s backup singer, whom she then traveled and toured with for almost four years. Now she’s branching out on her own, starting with this catchy single. Liz’s writing style is extremely honest and relatable, which has brought her single quickly to fame. Here, we talk about her inspiration for “STFU & Hold Me,” touring with Taylor Swift, and all that she’s currently working on.

You kind of got your start as Taylor Swift’s backup singer, right? So can you tell me about that experience and how it’s prepared you for a solo career?

It was the best music industry education, really, any aspiring artist can ask for. Not to mention—so much fun. So I just really soaked it up and tried to learn as much as I could along the way. I figured out that being an artist is a lot more than just being a singer; you have to have something to say. So that’s where I realized I had a lot of work to do on myself, just as an individual, and it was just a really great chapter in my life. I look back on it with such fond memories, it was so much fun.

So tell me about “STFU & Hold Me.” What was the message behind that song and where did that inspiration come from?

That song came from wanting your man to just man up! I’m sort of—hard as I try—I’m sort of rough around the edges at times. I’m a very passionate person and I can have pretty high highs and pretty low lows, and sometimes it gets ugly. That song came from just really wanting your man to just man up and be able to hang on for the ride and at the end of the day just tell you everything’s ok and that he’s not going anywhere.

I think that’s so honest and probably why so many of your fans have been able to relate to it, so how has that felt seeing all these people connect with that message?

That’s probably been my favorite part. I mean the song, you know, has probably existed for six months now and all of my songs [have]. I’ve been in development, so everything I write, anything I’ve recorded has been kept on a hard drive somewhere getting ready to be released to the world and I always dreamed of the day I could finally do that and I knew it would be really satisfying, but I’ve got to say it’s been even better than I imagined because just connecting with people is like truly what it’s all about. Like, that’s what makes me tick. I love music so much and I love that it’s sort of the gift I feel I’ve been given—my talents, with music and my work ethic, I feel like I’ve been set up to really connect with people through music. At the end of the day, if you can make a person feel less alone, if you can provide the soundtrack to someone’s day or what they’re going through, that’s what it’s all about. And it’s so cool hearing feedback from listeners! The internet is so incredible; I can get a tweet or a comment on Facebook or an Instagram message from someone on the other side of the world telling me that my song helped them today, and it makes my heart want to burst I’m so excited about it. Needless to say, I’m on Cloud 9 that it’s resonating with people and I hope that the rest of the music goes this way.

Are you working on an EP or full length album for the future? Is that in the works?

Yeah, we’ve got another song we wanna play out before the end of this year and then sort of assembling an EP for next year. I don’t wanna say too much because we don’t have a lot of solidified dates or plans so I don’t wanna over-promise, and then things change, but we definitely have a body of work, like multiple songs we wanna release in the new year but we’re still trying to narrow it down and ride out everything with the two songs for this year. But yeah, there’s a lot of songs I’ve been working on the last two years and I’m like getting ready to share them and I’m so excited.

I think everyone wants to know, when are you touring?

Girl, I cannot wait. That is a great question. I mean the song came out two weeks ago, so I think that time’s gonna tell. Obviously, you need to go where people are asking for you, so I feel like the more people asking the sooner I can get put on a docket somewhere and hit. But like my shoelaces are already tied, like I’m ready to go! I cannot wait. So none of that is clear yet, unfortunately, but I think in the future I’ll know when I’m gonna get to go out and start meeting these awesome people.

Who’s an artist you really want to collaborate with in the future?

I’m a huge, huge, Ed Sheeran fan. I would love to do that. I would love to collaborate with Shawn Mendes, Bruno Mars; I’m a big fan of Brandon Flowers—The Killers, essentially—and Tom Petty. I mean one of my dreams is to sing with Tom Petty, I always tell everyone, so his name pops up in my mind. I would say Ed Sheeran, Shawn Mendes, Bruno Mars, Tom Petty, and Brandon Flowers, those five.

That’s a good list. So what’s coming up immediately next for you? Are you promoting the single still?

It’s sort of a hodge-podge of everything. Like today, I’m about to leave for a session, I’m recording still, I’m going to New York tomorrow for a lot of promo stuff, and then I go to Nashville for some video shoots. It’s really a mixture of everything. I’ll be shooting a music video for my second song in the near future, which I’m most stoked about. So yeah, just doing my best to show up when the opportunity calls. I mean, if people are responding “STFU” and they want me to get on a plane and come play for their office or play for their town, like I’m just trying to show up to all the things I’ve been getting invited to. Promotions for the single, I’m still recording and finishing up last touches on a few of my other songs, visuals, video shoots for stuff down the road. It’s keeping me very, very busy and I feel a little bit all over the place but I’m just excited that I’m getting it all in.

What do you want to say to your fans?

I just wanna say thanks for caring, basically. Like, with streaming services and just the internet being what it is, we live in a day and age where there are so many incredible artists and it’s a beautiful problem to have for the world of music, but it’s really hard to stand out and it means so much that people care about what I’m saying and what I’m doing and are celebrating it and singing along to it. And I promise that I will continue to keep pouring my heart and soul into my music in hopes that it reaches and connects with people in a way that has not been done before. So here’s to the music! Cheers.