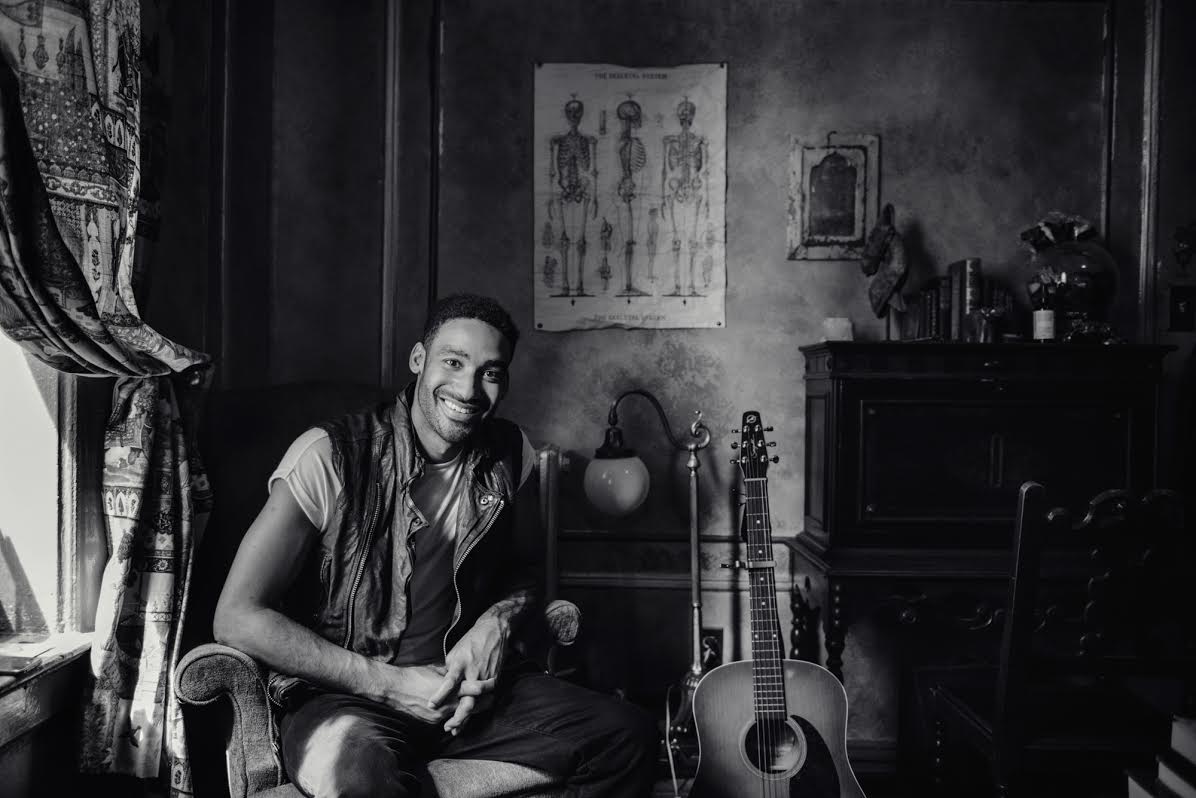 Soundigest recently had the opportunity to interview the up and coming DJ, Zeke Thomas. Recently, Thomas appeared on Good Morning America in the wake of going public about his sexual assault.  His music video for his song, “Dealin With It,” was recently released and opens with his Good Morning America segment. We asked Thomas to share his thoughts on “Dealin’ With It,” his passion for music, and more.

You just released your music video for your song “Dealin With It.” Tell us a little bit about the video and what you hope it’ll mean to those who view and listen to it.

The video starts out with a portion of my interview from Good morning America with Robin Roberts. The video depicts various trauma that we all go through but particularly my trauma being the sexual assault.

This is your first song where you showcase your own vocals. How does it feel to sing on your own song?

It feels amazing to sing on this record and I am really looking forward to seeing myself on more and to release more music that hopefully everybody will enjoy.

Has this song made you want to sing on future tracks of yours? Why or why not?

Yes, I have a few records already recorded that I’m very excited to release that I am singing on as well. It makes me want to sing more because it gives me more courage. People before would say “Hey you sound good!” and “You sound great!” So it’s definitely made me very happy to express my own voice.

How did you originally get into DJing? Was your family supportive of your passion?

I originally got into DJing because I was just fascinated by music and my cousin had a set of turntables and I just love to play with them. My family has always supported my passion and continues to.

Which DJs inspire you and your tracks?

I didn’t know what it would mean originally when I first spoke out. Now I know it means to give the voiceless a true voice and I’m very excited to continue to speak out to give real truth and meaning to the problem that is sexual assault.

You’ve been very public about your sexual assault. What has the response been like from fans and friends?

The response from fans has been amazing. I get messages every day – supportive messages and even confessions worldwide. This is a problem that we must handle. My friends were definitely surprised and shocked. It was not something that I shared with them originally and some of them even found out after I went public. For that, I apologize for the shock, but it was something that I had to get out to live my truth.

How did you come to the decision to go public with your assault? What was the process like coming to that difficult decision? What did you hope would come from it? And what would you say to those who are struggling to come forward about their abusers?

The decision to go public was because of the therapy group I had joined. People in my therapy groups have even asked me to talk on their podcasts or blogs and I wanted to get my story out there correctly. I didn’t realize the impact that it would have. I obviously knew the large platform of New York Magazine and also Good Morning America, but the story became bigger than me and I’m proud of it as others are coming forward or beginning to heal or realizing there are lots of resources to get help.

Your first record “Regret” was about drug overdose. Most EDM/House Music don’t touch on heavy topics such as this. Do you intend to keep making music with strong messages? Do you think that by doing so, you’re changing the EDM/House Music genre in a positive way?

I speak on my real life experiences and regret was a very personal record, and probably still one of my favorite records that I’ve gotten the chance to record. The video is definitely my favorite video that I was able to do and features a lot of my friends: Taryn Manning, Mel Debargs, Amanda Lepore, some of the mob wives and Fatman Scoop, and more.

You’re an openly gay man. You were once told by a manager that you wouldn’t make it as a DJ unless you “toned down the gay.” How has living your truth led you to overcome obstacles and criticisms such as this? What advice do you have for people who are struggling to live theirs?

It’s amazing that I don’t play many gay clubs, though I love to, and any chance that I get to I’m very excited. But playing in the straight scene and for the corporate brands that I play for is an honor but at the end of the day it’s just music. Being told to “tone down the gay” was a slight at my long time former partner or my friends coming to the gigs and it wasn’t right and thank god its no longer the case. Advice I give is know your music and strive to be the best because if you’re great at your craft it no longer matters and they won’t take anything away from you.