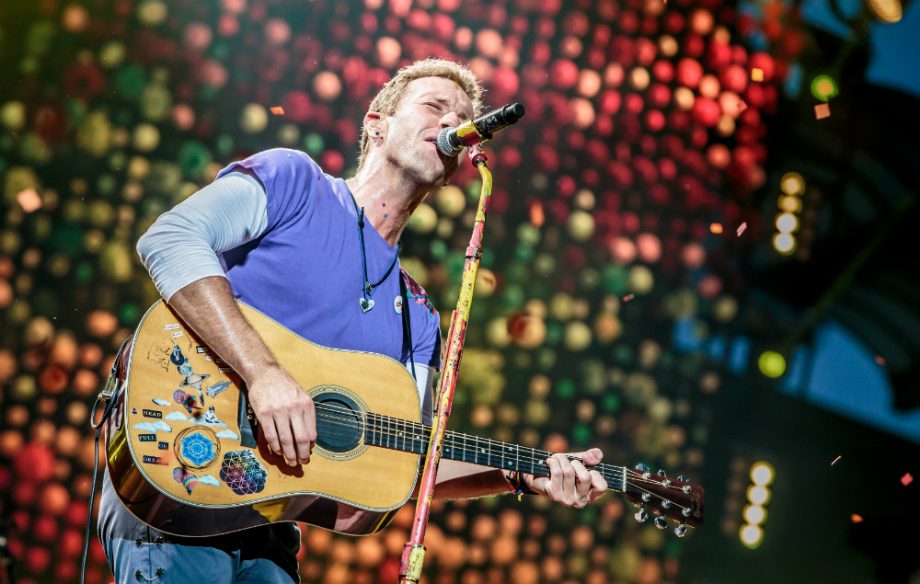 Coldplay debuted a new country song at their Miami concert last Monday entitled “Houston” in tribute to the city and all they have endured during the destructive Hurricane Harvey. Due to Harvey, the band was unable to play their Houston show scheduled for last Friday, so singer Chris Martin said, “We’re gonna sing it in Miami for everybody here, and we’re gonna send it over there to everyone who missed the show,” in regards to the new track. The band plans on rescheduling the show as soon as they can.

This is just one example of musicians aiding in the hurricane relief.

Harvey is the most powerful hurricane to hit Texas in more than 50 years and has killed dozens of people while displacing one million people and damaging 200,000 some homes throughout its 300 mile path of devastation. Estimated damages total $150-180 billion, according to Texas Governor Greg Abbott.

Celebrities all over are joining together to help victims of the tragic storm like Coldplay. Here are 8 more musicians getting involved in the Hurricane Harvey relief effort:

I'm kicking this off with a $50k donation at https://t.co/OsmNwPuFBK. Please help if you can. Promise you every dollar and prayer helps!

A Texas-native, Lovato has donated $50,000 to the Houston Food Bank and began a Crowd Rise Campaign with DNCE, Nick Jonas, and Philymack to encourage fans to help out.

Known for his work in Bleachers and Fun., Antonoff pledged to match donations up to $10,000 for the Montrose LGBT Center in Houston when fans send him copies of their receipts.

“I’m in shock and heartbroken watching the news and seeing the place I was raised underwater,” Duff stated on an Instagram post, where she urged her fans to donate to American Red Cross and the Houston Food Bank as she did.

Through her Happy Hippie Foundation, Cryus will be donating $500,000 to Hurricane Harvey relief, as announced on the Ellen Show.

HOUSTON TEXAS my prayers are wit you! I just sent 25k your way to help all the families in need 🙏🏽 @kevinhart4real I accepted your challenge pic.twitter.com/EgCjyT8IKV

"My heart goes out to my hometown, Houston, and I remain in constant prayer for those affected." – @Beyonce https://t.co/ZJuGUth5jr

Another Houston-native, Queen B is working closely with her foundation BeyGOOD as well as her pastor Rudy Rasmus at St. Johns in Downtown Houston to help as many people as they can.

Our thoughts and prayers are with everyone affected by #HurricaneHarvey. pic.twitter.com/HBihHtqUcL

All merchandise proceeds from the country band’s Dallas show will be going towards hurricane relief to help Houston.

Texans will Get Through This.Texas 🙌🏻is special in my❤️Since 8.Will make donation 2 help Rescue & Shelter TX animals til
Reunited W❤️'d 1's

All donations from the music icon will be going towards animal rescue groups in the area.