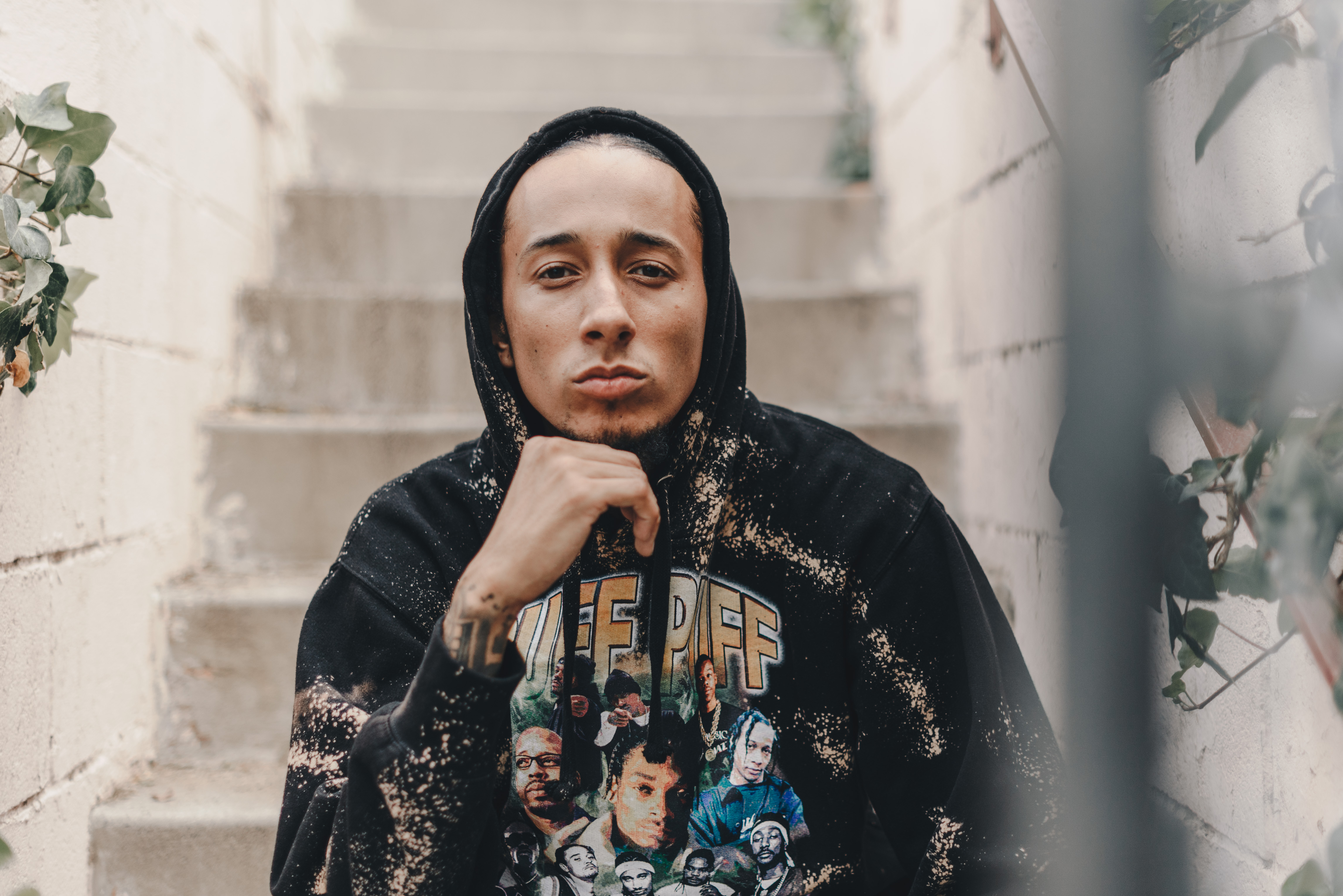 Los Angeles rapper YH was given the nickname ‘Young Hustla’ as a kid for being, as he puts it, “always on the move.” As an adult the name shortened to YH, also meaning ‘Yelohill,’ and now carries weight as an up-and-coming LA rapper who’s very proud of his city. He recently put out the music video for his single, “Gangsta,” directed by TrellFilms production. He started writing music at the age of 17, with encouragement from his friend Persist, but started rapping in school talent shows at 14. Now, YH’s music has evolved into a classic West Coast inspired sound with its own modern and unique twist. Here, we talk “Gangsta,” the benefits of being unsigned, what LA means to him, and his big performance coming up.

Tell me about the inspiration behind “Gangsta.” The song and the video.

Growing up in West Los Angeles, “gangsta” has always and will forever be organically presented from Pico [blvd] and La Cienega [blvd] to Pico and La Brea back to the La Cienega Heights. I grew up in this area and I displayed my life from a simple day in jumping in a foreign car linking up with one of the homies from the area grabbin’ a drink, hanging in front of the liquor store, shootin’ dice or just conversing about the next move. We are a city that is always on the move, but always reppin’. You can say my homies, my upbringing, and California in general inspired to bring this West Coast piece together.

LA rappers have a defined sound, do you think you embody that sound? Who are some LA rappers you look up to?

Definitely, I feel like the music scene especially in the West Coast is one-of-a-kind and of its own. I possess certain traits and attributes of some West Coast pioneers but I feel as though my sound is unique! Not to say the others aren’t, but I definitely got the West Coast sound runnin’ through my veins and vocal chords. Some LA rappers I look up to would definitely have to be Tha Dogg Pound (Daz and Kurupt), Ice Cube, Mack 10, Snoop Dogg, Dr. Dre, The Twinz, the whole lbc crew connection, Nipsey Hussle, Shade Shiest, Hi-C, and DJ Quik just to name a few.

You’re unsigned, and there are benefits to being signed but also being unsigned, as you have more flexibility and freedom. Are you currently trying to get signed, or are you comfortable working by yourself without a label?

My primary focus first and foremost is to stack on material and flood the streets with sounds they can vibe to, building a fan base, and sustaining a solid name for myself therefore I can go independent, capitalize on my music situation, and get paid for my shows. Definitely open to being signed if the situation makes sense for me and the future of my music.

What are you working on now that “Gangsta” is out? Any EP or album in the making?

I have two unreleased singles, one along the same vibe of “Gangsta” and another one with a more chill “Return of the Mack” by Mark Morrison playa’ vibe.

Who’s an artist you’d love to collaborate with?

I’d love to collaborate with singers more than anything, except for Mozzy and Nipsey. There’s too many politics in the rap game nowadays, you have to make sure other rappers’ resumes and history is clean. Singers don’t have to deal with it. Raphael Saadiq, Jamie Foxx, Teeflii, Eric Bellinger, and Jhene Aiko—I think we would put together some dope masterpieces.

You said in an interview that when you make it you want to give back to LA. Why is LA so special to you? Besides it being your hometown.

I just know that some of the inhabitants of my hometown possess so much amazing talent and creativity. To see it go to waste would be a disappointment. One of my aspirations as an artist is to provide so much opportunity. Jobs with me would be endless.

What has been your favorite memory working in the music industry so far?

So far it’s been trial as opposed to tribulation so far, but just being able to go in the studio and do what I love has been a blessing and a great opportunity! My first big show I’ll be opening up for Yelawolf at the Observatory November 3rd!