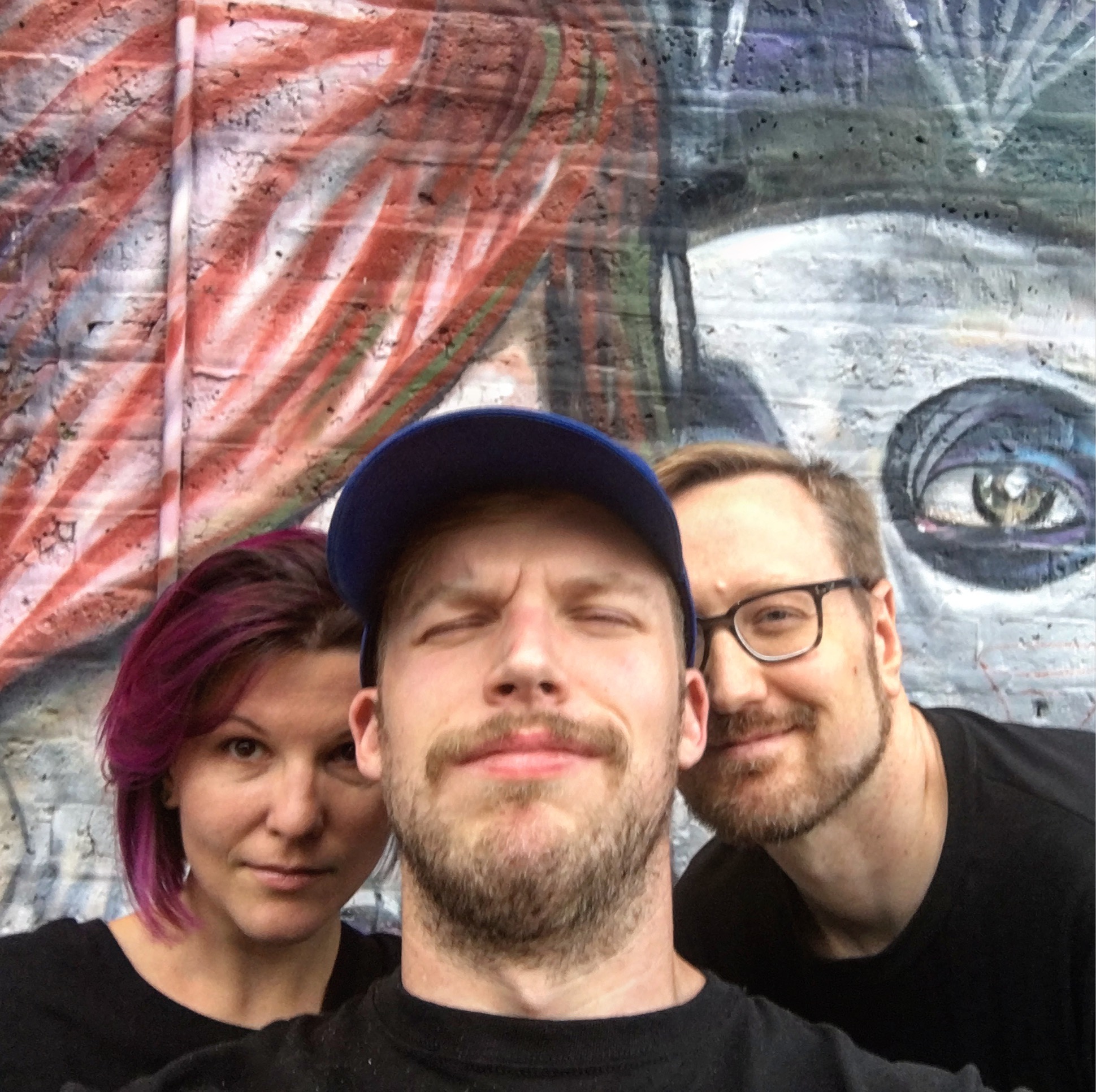 You may recognize his name from iconic punk band The Swellers, but Nick Diener wears many hats from studio owner to front man of a new band, and even dad! His new band, The Apology Tour, is releasing their first album later this month and Soundigest got the inside scoop on the process behind creating This Is Why We Can’t Have Nice Things. In the mean time, you can check out some singles, including “Dog Song,” which has potentially the cutest music video ever, featuring dozens of dogs (and even a pig).

You have a lot of new things going on in your life from a recording studio, to The Apology Tour, and the newest edition, your son! What has it been like balancing everything?

Things are crazy. But luckily I can take a step back from the studio side of things for a couple weeks since I make my own hours. For the next two months, I’ll only have a band in the studio for 3 days, and the rest is me mixing 3 full length albums all by myself. It’s perfect since we kind of want things to stay quiet around the house for a bit for our baby boy. The Apology Tour’s LP comes out in the middle of this month, in the midst of Mark and Michelle being in Italy for a few weeks and us getting our son adjusted.. so we don’t have any real plans to play shows until a month later. Weird timing for everything, but it’s working!

After taking a brief stint away from the band life when The Swellers broke up, what did you want to do differently this time around with The Apology Tour?

The Apology Tour started as just a bunch of demos I had written and recorded. I played everything on them. Over time, I collaborated with Joe from Fall Out Boy and he lent his guitar skills to a few tracks, before we mutually decided he didn’t have the time to commit to another project. Luckily he still appears on the song “Anneliese” because his solo rips. Eventually, my longtime friends Mark and Michelle joined the band and sang/played drums on my songs to really turn them into what they are today. The main differences are the instrumentation, the low tuning of the guitars, and no barriers or rules as far as our sound goes since this was my first new band in 15 years.

Based off the singles, your new record, This Is Why We Can’t Have Nice Things appears a lot heavier, grungier than the pop punk we’re used to associating with “Nick Diener.” It seems appropriate– timely. How has this new endeavor helped you “grow up” or “mature” both musically and personally?

Honestly, this sound has always been my favorite genre of music. I love a good groove with heavy guitars. The Swellers was a joint-effort between my brother Jonathan and I. All the songs and artistic stuff were pretty 50/50 and our music was just a result of those ingredients. Without him, and the notion that The Swellers are a high energy sweaty punk band, we slowed things down a bit and turned the amps up a little louder.

And how has it been working with longtime Swellers producer Mark Michalik in a new approach, as well as friend Michelle Lukezic?

We have been such great friends for so long but never really played music together after all these years. Our chemistry as humans is amazing, so we sort of weren’t surprised to see how well we clicked in a band together. Being that tight and having that “telepathy” is pretty rare. Mark and Michelle are married, so it’s cool that they’re best buds with my wife and I. We are a great team even though my wife didn’t make it into the band (she’s not a musician, she didn’t want to join, haha)

Who and/or what were your influences on this record, set to be released September 15th?

I think the goal was to get low-tuned guitars going a la Torche/Floor, synthesizers going a la The Rentals and Weezer, and creepy chord choices/vocal patterns a la Failure. I don’t know if I used “a la” correctly even once, but I hope you get the point!

Besides creating and producing your own band’s music, you’ve been busy with your recently establish in-home studio, Oneder Studios, helping out bands like Hot Mulligan and Swordfish bring their music to life. Tell us a little about that experience.

I’m just honored and thrilled that a band would trust me to help them make their record. Whether they liked my old band, or recent records I’ve made for their peers’ bands, I’m so happy to get to do this. At this point, Hot Mulligan is probably, in my mind, “too big” to still be coming to me, but we just wrapped up tracking their new LP. It’s gonna be huge and I’m so proud of those guys for turning their little band into such a powerhouse. Swordfish is slated to come back this year for some more music, which I’m stoked for since recording them is super fun and painless (the way I wish it always was.) A couple records I’ve produced have graced the pages of Pitchfork and some other reputable music publications, so I’m happy to have us all get some recognition after so much hard work. I often listen to records I’ve mixed and produced just for fun, since I have great memories of making them.

What’s been your favorite memory to take place in the studio so far?

I think my favorite moments are those “holy shit” moments when a song finally comes together, or a happy accident happens. Or when a vocalist nails a part and really conveys the exact emotion we needed. I’ve definitely held back tears while tracking bands before. It gets real.

If you could work with any band, who would it be and why?

I want Weezer to come in for 2 months to write and record an album with me. I’ll do it for free. Rivers, let’s do this.

And just to end things on a fun note, how are unofficial Oneder Studios mascots and “Dog Song” stars Piper and Bo doing?

Well, considering you just mentioned them, I think we can say they are OFFICIAL mascots now! They’re doing great. Piper threw up all over the rug next to her baby brother, and Bo got stung in the face by a hornet, so it’s safe to say they’re having a blast.

This Is Why We Can’t Have Nice Things will be released on September 15, and is limited to 200 orange vinyl via Save Your Generation Records.