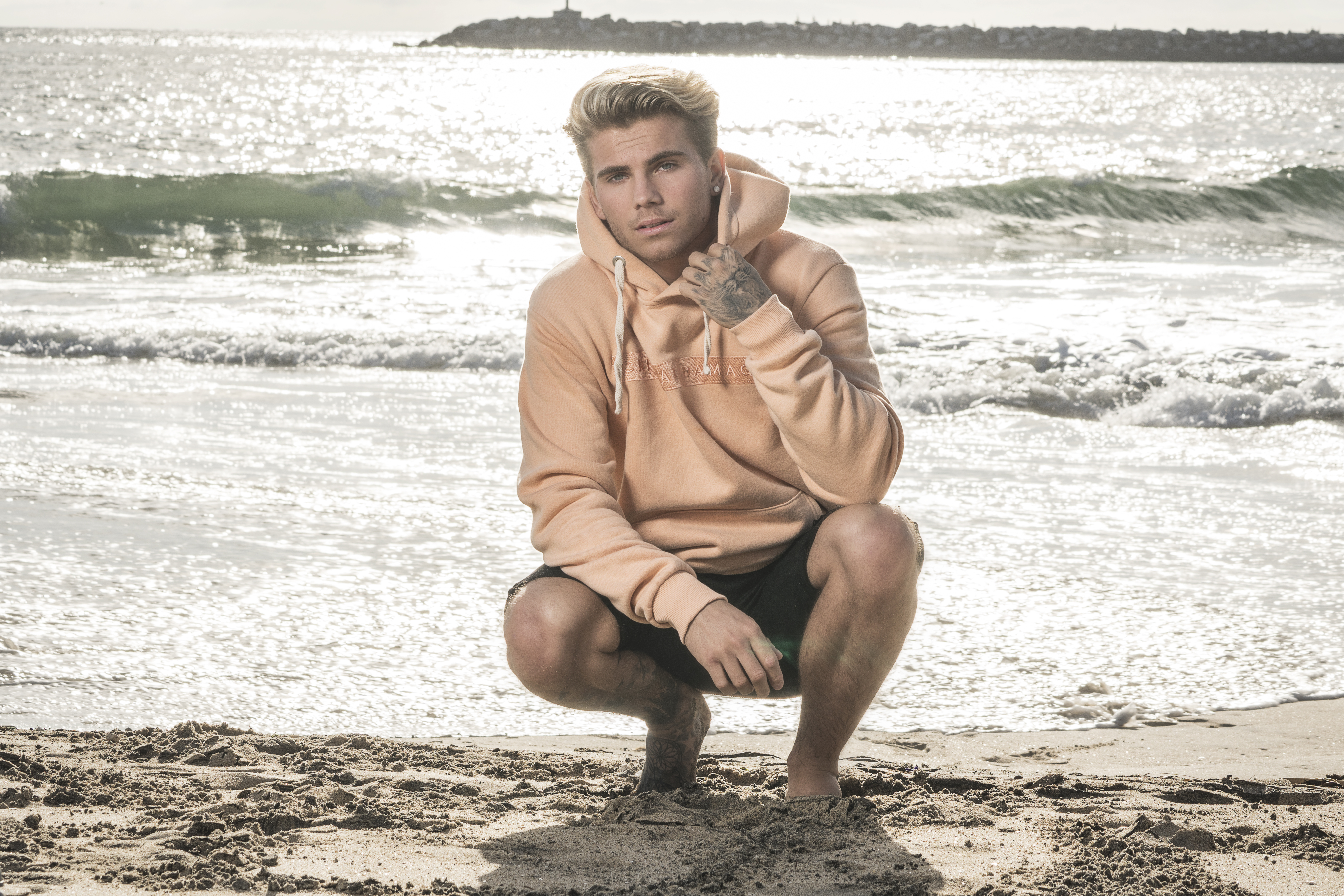 Jordi Whitworth is truly a jack of all trades. The 22-year-old British model / singer / and budding actor was part of British boyband Overload, which rose to fame as X-Factor finalists in 2014. Now that he’s branched out on his own, he’s promoting his new single, “Fire” in the U.S. on national and regional broadcasts, filming his second season of British reality TV show Stage School, and acting in his first feature film, Dead Ringer. Set to be released in 2018, Jordi goes back to his roots playing the character of Darren in Dead Ringer, who is a member of an internationally famous boyband.  This fall, Jordi will also be dedicating time to creating more original music. Here, he reminisces on his days in Overload, delves into intimate details about all of his current projects, and reveals the work ethic that’s made him a triple-threat!

What was the transition out of Overload like, and what experiences did you have as a boyband member that have prepared you for your solo career?

Being in the band was great but always quite hard because to make decisions, the five of us had to agree on one thing. Now with my solo career, it’s all my ideas and I’m free to make whatever decisions that I’d like!

What do you love about music and acting?

What’s it been like filming E4’s Stage School? Especially now that you are a regular on the show?

The show is wicked and the people are too! Last year was quite dramatic for myself, whereas this year I’m trying to focus more on the music side of things…. let’s just hope there are no distractions!

You’ve also recently been confirmed to act in Dead Ringer. What are you most excited about for this project and when do you start filming?

I’m mostly excited of being back in a boyband with my role as that’s where this all started for me. I’ve currently just finished filming the dates here in the UK but I am heading out to Florida in the next couple of weeks to finish filming out there.

What music are you working on currently? Any plans to drop an EP or album?

At the moment I’m really busy with the show and movie but I return to Los Angeles in the middle of October for a month for work! I will also be traveling to Nashville to work with some writers and producers to get an EP completed.

How do you make time for music, modeling, and acting?

I make time by planning out all hours of the day. I like to keep busy — I hate just sitting around so this works well for me.

Any other projects in the works?

There are always new things coming up with me so just wait and see!! 🙂

That I love them all so much and can’t wait to continue this journey with them.