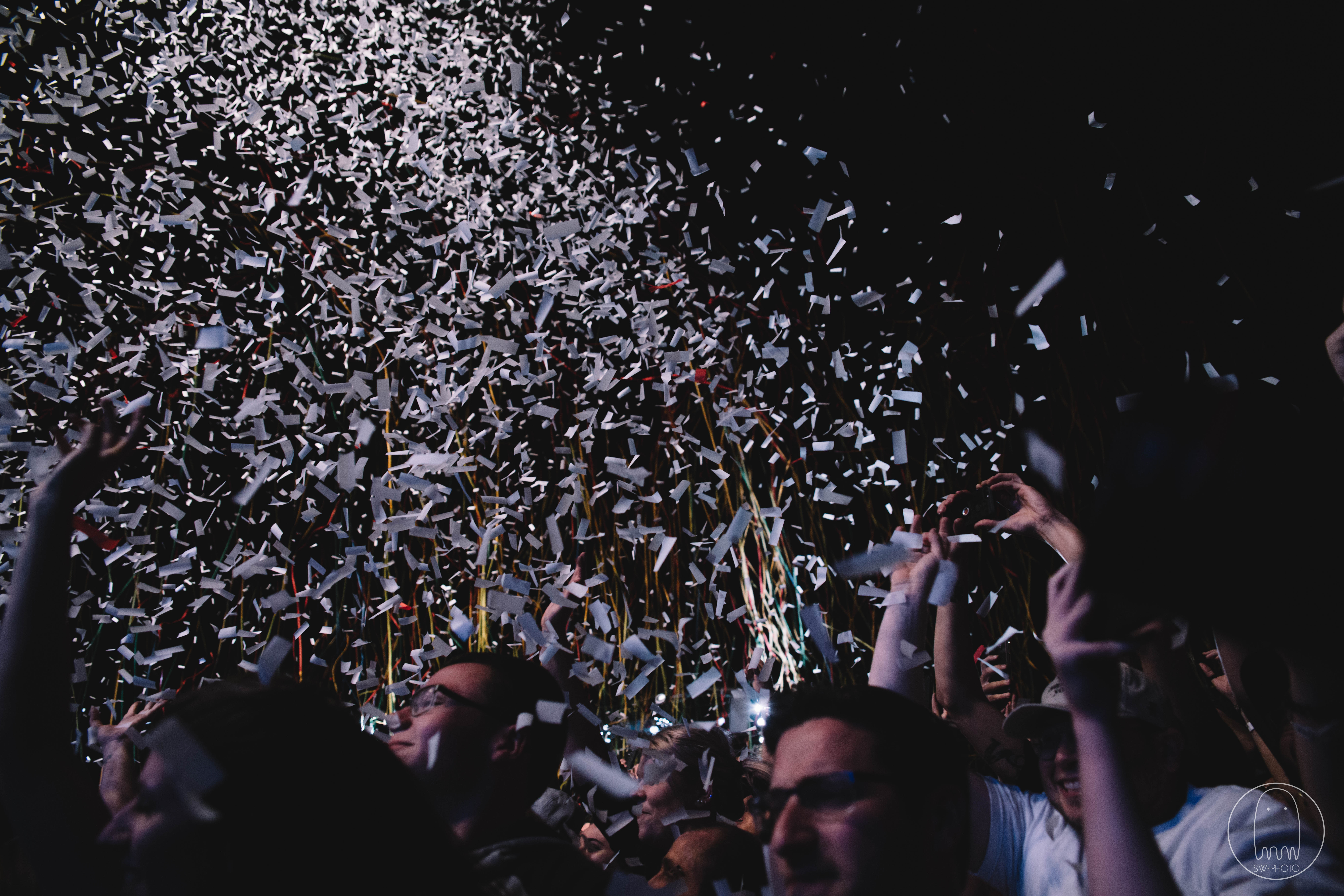 This past weekend, A Day to Remember brought their Self Help Festival back to Philadelphia, PA. Starting in 2014, after extensively touring the world and playing more festivals than even imaginable, the band decided to create their own music festival around the theme of music as a positive, self-help remedy. Originally taking place in San Bernardino, CA, the festival then spread to include Philly, Orlando, and Detroit as well. This year was the third year for the festival, and the second time it returned to Festival Pier in Philly. The lineup featured, of course, A Day to Remember, along with Underøath, Falling in Reverse, Silverstein, Real Friends, Wage War, Can’t Swim, and many more.

This was actually my second time attending the festival in Philly, so I had an idea of what to expect. The venue location is one of my favorite things about the fest, as it overlooks the water and the Ben Franklin Bridge. There were two stages set up, with artists playing alternatively on each stage. Something in terms of technical aspects that I would love to improve is the food. Waiting 40 minutes to get fries is a little discouraging!

The lineup included quite a few heavy bands, two that I got to check out were Stray from the Path and Wage War. Wage War are a relatively new band, and it was impressive to see how large of a following they already have and how intense the crowd was. They shared songs from their newest album Deadweight.

The one band I was disappointed with was Falling in Reverse. As being part of festival that promotes the positive message of music, it was contrary to see Ronnie Radke, the lead singer, curse at the crowd and ask them to boo at him. This promoted a spark of aggression that was uncomfortable and defeated the purpose of the band playing this particular festival. They did, though, play quite a few old tunes, including “I’m Not a Vampire” and “Raised by Wolves”, which the crowd enjoyed.

The negative energy was most definitely redeemed with Underøath and A Day to Remember. Underøath’s performance was particularly interesting due to their stimulating graphics on screen. A Day to Remember came out playing “All I Want” directly following into “I’m Made of Wax, Larry, What are you Made of?”. The crowd could easily be defined as one giant mosh pit. (A positive one, though! People were looking out for each other.) The set included some huge beach balls, aliens, lots of confetti, the “crowd surf on top of a crowd surfer” ritual, and the infamous toilet paper during “All Signs Point to Lauderdale”. They ended with “The Downfall of Us All”, leaving everyone’s adrenaline pumping.

I look forward to seeing this festival continue to grow and expand to more cities. If you have the chance, check out the festival near you:
Orlando, FL- 9/30/17
Detroit, MI- 10/7/17
San Bernardino, CA- 3/3/18 (page coming soon to selfhelpfest.com).