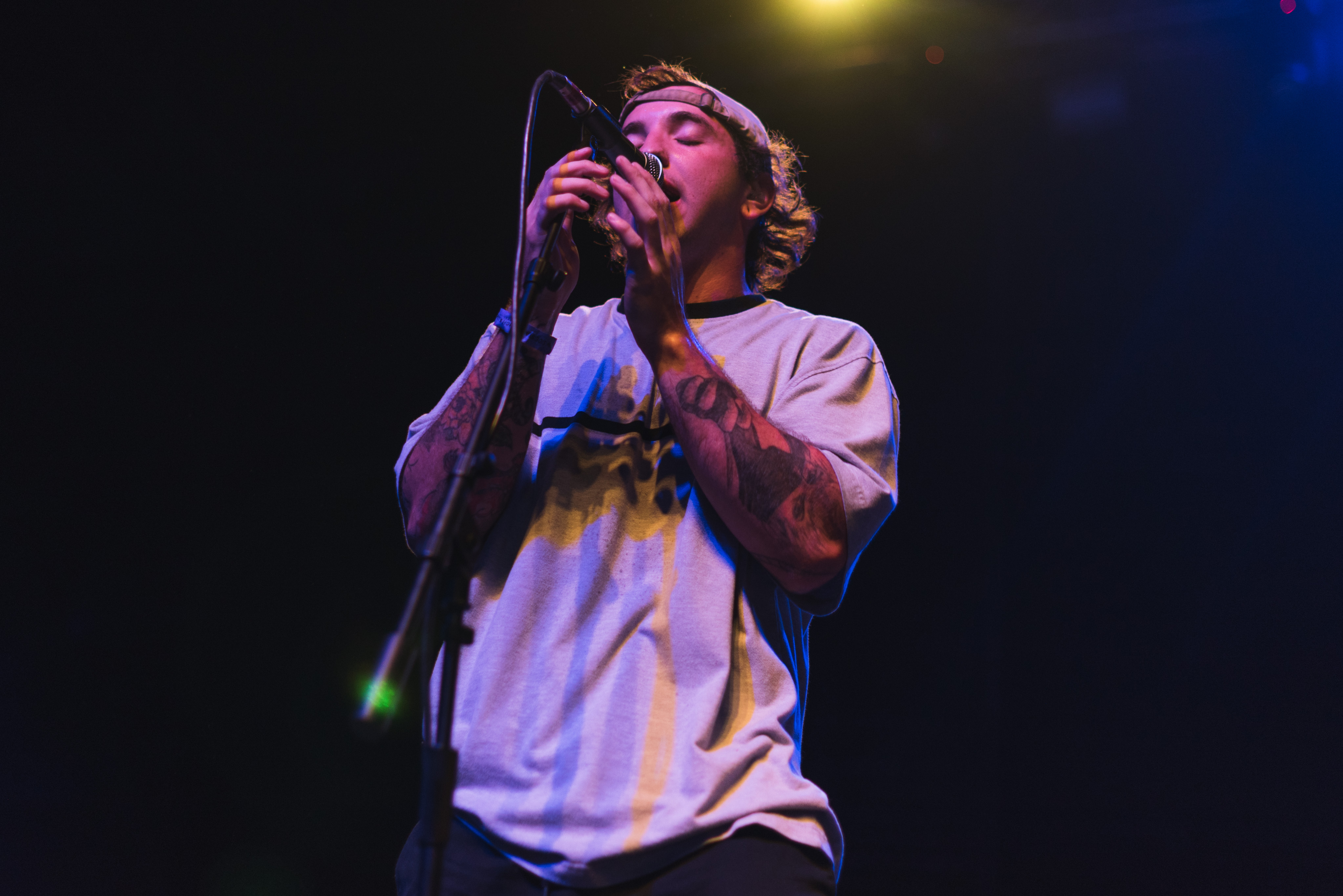 Eric, Nick, Jake, Mat, and Ryland make up the five-piece rock band Citizen, who had crowds screaming their name last weekend in San Bernardino at the High and Low Festival. The group played new songs “In the Middle Of It All” and even unreleased “Fever Days,” which are both on their upcoming album As You Please, set to drop October 6th, along with the start of their US and Europe tour. Citizen definitely has big things coming up, and amidst excitedly talking over one another and cracking up, they told me  about their change of direction in As You Please, the deep meaning behind the wild “In the Middle Of It All” music video, and why you should go see them on tour this fall.

So this festival is kind of a nice kick off because you guys are about to go on tour in October. What should fans expect from that tour and what are you guys looking forward to most about it?

Jake: I think they can certainly expect the new songs off the record, ‘cause that’s what’s coming out, and just like being excited with us for this new record. We’re like so energized, can’t wait for it to come out, go share it with everybody, and let alone go play it for everybody. This show will be the first time we’re breaking out our new singles so we’re like anxious to start playing it.

Are you going to be playing anything that’s unreleased?

Eric: The song “Fever Days,” which we’ll be playing today.

Jake: We’ll keep them excited. A lot of like our big, big fans like notice that it’s a new one and wanna know what it is, so it’s like a fun way to keep them interested.

Because As You Please is coming out in October, right? So you’ll be able to pepper some of that stuff in.

So, “In the Middle Of It All,” that music video is crazy. What is the message behind that?

Nick: Alright so generally, we have like more of a fingerprint on videos. This one we were talking to the director, Chris Good, he did the video for “Jet” too, we just told him we don’t wanna be in it, be as bizarre as you want to be—he’s very good at being bizarre—so we’re saying we don’t want to be in it and that’s where the music video kinda [started]. We knew roughly what it was gonna be, but obviously only so much, so when we got it back it was just as bizarre and sweet as we told him he was allowed to make it.

Jake: I feel like we’re just right there along with everyone else as far as interpretation and what we like think it means and stuff. But it’s cool, it’s fun. I think it has something to do with your like relationship with yourself, and the character wearing all sorts of different hats, and like going through the same routine. It’s a take on, like, life.

So your new album coming out, what makes it different than your previous music?

Nick: For one, we were like probably five times more prepared when we went into the studio with this one and I think you can hear that. Like, the performances are better, the songs are tighter, it’s just I really think things you’ve never heard from Citizen before. People kind of like to say, ‘Oh, it sounds like this mixed with this,’ but I really think it’s tapping into something that we’ve never tapped into before. There’s new instruments on it, I really think it’s just Citizen turned up to our highest potential and I think that’s really exciting.

So a little bit of a change of direction.

Nick: Yeah, I think people have come to expect that from a new Citizen record, it’s probably not gonna sound anything like the last one. So I think it’s that once again, in a less abrasive way this time around.

Cool! What songs are each of you most excited to play today?

Eric: Mine’s “Fever Days,” ‘cause I get kind of a kick off like the meat of the song.

Ryland: Mine’s going to be whatever I’m feeling when they start playing it!

Jake: I’m excited for “In the Middle Of It All,” can’t wait!

Nick: Yeah, well probably “In the Middle Of It All,” unless we choke and like blow it! So you’ll have to ask me again after the show [laughing]. But right now, “Jet” is like a super fun one to play.

6 thoughts on “CITIZEN Shares Details on New Album in Interview at High & Low!”