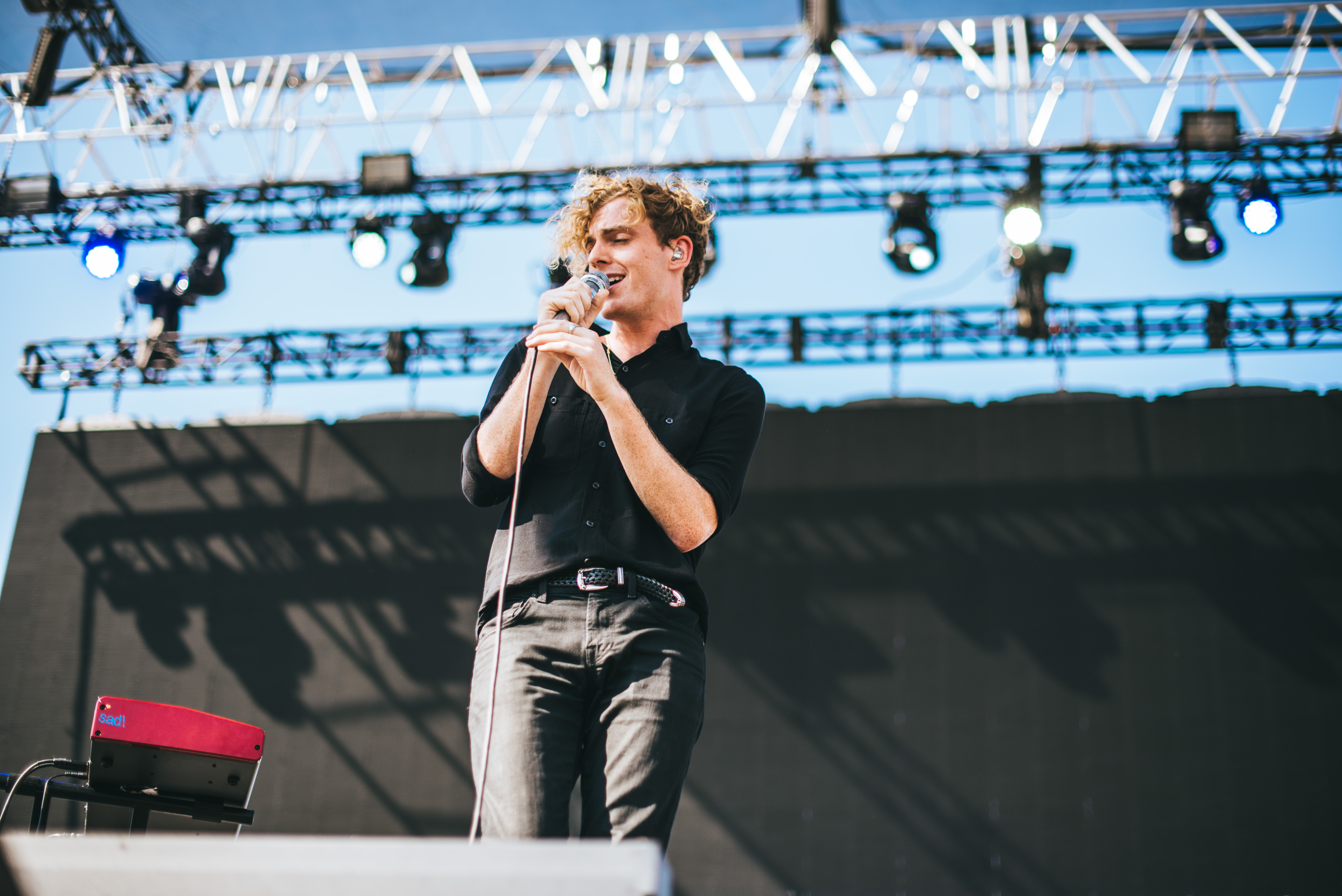 Before they rocked their set at High & Low Festival in San Bernardino, I got to talk to the four-piece pop band Coin about their new music and touring coming up. The group came together in college, when they attended Belmont University in Nashville. Since 2012, Chase, Ryan, Joe, and Zach caught the media’s attention with “Run” in 2015 and their second album How Will You Know If You Never Try this March. After five years of experience and bonding, Coin reveals the secrets to teamwork, hints about their new music, and their new direction as a band.

What song are each of you most excited to play?

Chase: Yeah, happy to play that one. That song is always fun to play at festivals. We have a fun time playing it; I think that’s unanimous.

So, what have you guys currently been working on?

Chase: New music. Yeah, we’ve been in LA for the past week or so writing and recording new music to put out as soon as we can.

What can fans expect from this new music?

Joe: We’re trying to learn how to be comfortable with being uncomfortable.

That’s a good lesson to learn! And once that comes out, are you touring?

Chase: Yeah, we’re gonna announce a full US tour for early next year.

How do you guys like being on the road together? With the four of you, does it ever feel cramped? Or is it just a ton of fun?

What are some inspirations you look to musically?

Chase: I think back to the very first interview we ever did, it was for like our college, and they were like, ‘Who are your influences?’ And we just kind of rattled off bands that were like relevant at the time, and Joe was like in the back and we had all like stopped talking and he was like, “I like The Cars!” [Laughing] And I didn’t know how much they were going to inspire us. I carried all of Ric Ocasek’s lyrics around—it’s like a book of all his stuff. He and that band have been an inspiration to us recently. And relevant artists like Drake and Kanye West—we really look to like the minimalism, and Frank Ocean, too. Like a lot of hip hop that’s happening right now, we really appreciate that and find inspiration in that.

Chase: All of it. Yeah, we love how conversational it is and we’re figuring out how to get more direct with what we’re doing, and I think that’s something fans can look forward to as well.

What’s a festival or location you guys would love to play at?

Ryan: I would personally like to do some festivals, like in the UK and stuff. All of my friends who are in bands and have done festivals and stuff there say people are very passionate and it’s a very fun time.

Chase: We haven’t played Europe yet and we’d love the opportunity to do that.

Chase: Yeah, thanks for being there. It’s crazy to have anyone care as much as they do, I mean caring at all is crazy, but as passionate as they are and as much as they do—it’s inspiring to us and motivates us to keep working and getting bigger and better. So yeah, they keep the passion alive, really. It’s been really nice, especially when you’re feeling like nobody really wants to hear what you have to say anymore, you kind of lean on the people that care and support you. And I think that’s really cool, given the fans that we have right now. It’s not like a one-way street. Like, it is so collaborative with our fans. We are so blessed to have them.